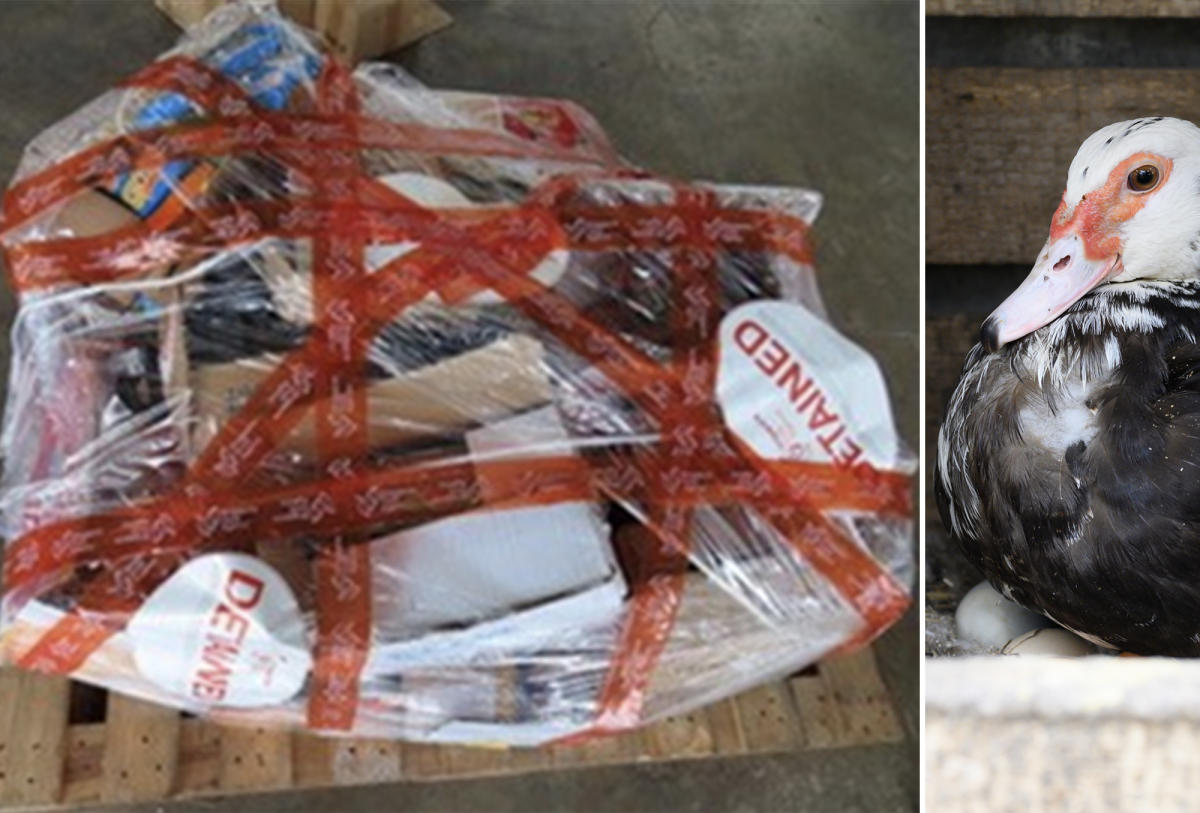 SINGAPORE – While being investigated for illegally importing 36kg of meat products and salted duck eggs, a company director threatened to charge a Singapore Food Agency officer (SFA) of assault if his demands were not met.

Wang Shu, also known as Vicky, was fined $5,000 on Monday (September 12) for illegally importing the food products and advertising them online. The 41-year-old Singaporean was also sentenced to four weeks in prison for threatening an official.

The director of Thanksgiving Group did not have a valid import license to import food or food products, according to court documents.

His breach was revealed following an inspection by Immigration and Checkpoints Authority (ICA) officers of a 40ft container on July 29, 2020, after anomalies were detected in a scanned image. The container had arrived at Pasir Panjang scanning station from China a day earlier for import clearance.

During the inspection, the ICA detected several types of food in the container, such as salted duck eggs and sausages, without any valid import permit.

The undeclared food items were sealed and held at the premises, with the matter referred to the SFA for further investigation, court documents added.

An SFA inspection on August 4, 2020 revealed that the undeclared food items belonged to Vicky and eight other people – the latter had been handled separately. It consisted of 32.42 kg of assorted meat products and 60 pieces – or 3.6 kg – of salted duck eggs.

Investigations revealed that Vicky ordered them from China via the WeChat mobile app and paid for them via WeChat transfer, according to court documents. She claimed she was unaware she was not allowed to bring food from China and that it was the first time she had done so, court documents added.

Vicky had advertised online on her personal Facebook account to sell some of the food items on October 6, 2020, but her plans were thwarted as the shipment was held up by the SFA for further investigation.

She later took the ad down, but said she couldn’t remember the exact date she took it down. She reportedly only managed to remember after three SFA officers visited her business on October 29, 2020, when she was told she should not be selling illegally imported food.

Officers attended the business as they were unable to reach Vicky via her contact number and a visit to her home.

During the interview with officers, she confirmed that she had brought the undeclared food items from China, but claimed that they were for her family’s consumption and not for sale by her business. But incriminating communications were detected during a check on his cell phone.

Vicky became uncooperative and asked to end the interview, which was being hand-recorded. Two SFA officers then left the room as they did not want to agitate Vicky further, leaving a third officer alone with her to calm her down.

When Vicky refused to do so, the agent ended the interview and left. As he was packing his things, Vicky repeatedly asked him to hand over the partially taped statement, but was denied, according to court documents.

Vicky then closed and locked the door to the room – the only exit from the room – while holding on to the doorknob.

She threatened to shout “molest” if the officer refused to hand over the statement to her, knowing the accusation was false and would damage her reputation, court documents added. She also admitted that at the time she did not believe he was going to outrage her modesty.

Due to Vicky’s threat, the officer gave him the partially taped statement, which she tore up in his presence, and he was allowed to leave the room.

According a joint statement from the ICA, SFA and policethe officer made a police report the same day as the visit.

“Food can only be imported by licensed importers, and each shipment must be declared and accompanied by a valid import permit. In addition, meat and its products can only be imported from accredited sources in approved countries that meet Singapore’s food safety requirements,” the statement read.

The method of concealment involved in this case is cause for concern as similar methods can be used by malicious individuals to smuggle security items into Singapore, the statement added.

“The ICA will continue to carry out security checks on passengers, goods and vehicles to keep Singapore safe. The SFA will continue to protect food safety through our integrated food safety system, which includes regulations and strict import enforcement, as well as working closely with border control agencies to deter illegal imports across our borders.”

For threatening to harm an official, she could have been imprisoned for up to two years, or fined, or both.

Do you have a tip for the story? E-mail: [email protected].