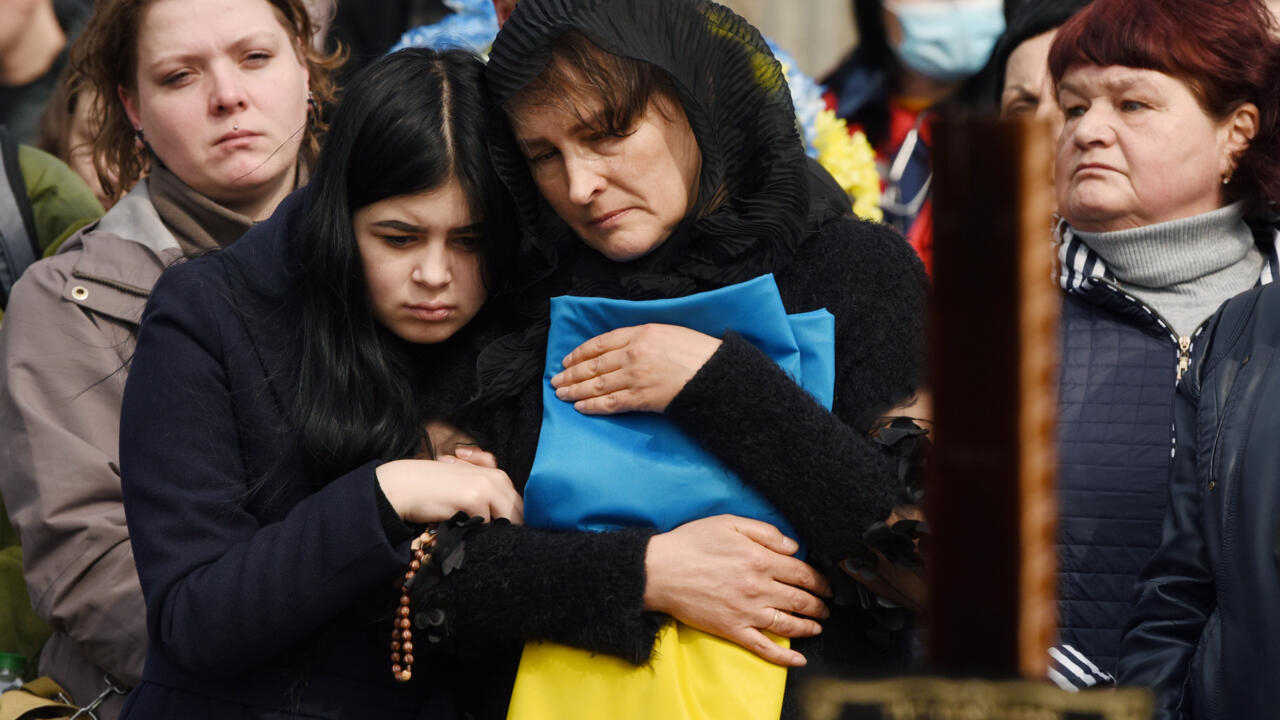 Paris (AFP)- Five weeks into the Russian invasion of Ukraine, kyiv has kept the extent of its military losses secret, but analysts say the country has likely managed to limit the toll through years of preparation and smart tactics.

Hiding battle dead and destruction of equipment is standard wartime procedure, and Russia and Ukraine have given few details of casualties that are impossible to verify, but surely minimized in order to maintain morale. .

“The attrition rate for Ukrainian forces is unclear. The answer is, we don’t know,” said Michael Kofman, Russia specialist at the Arlington, Va.-based think tank CNA.

The latest came on March 12, when kyiv acknowledged that 1,300 troops had been killed out of the standing ground force of 130,000.

Taking a standard wartime ratio used by observers of three wounded for every soldier killed, that would mean the fighting has knocked out about 5,000 Ukrainian soldiers – a figure which analysts say is likely much higher. .

Kyiv has been much more eager to discuss Russian casualties, giving daily updates that now claim 17,300 Russian troops have lost their lives.

Moscow for its part said on March 25 that after a month of fighting it had lost 1,351 soldiers and 3,825 wounded, with Russian sources confirming the death of a general and a senior navy commander.

While such differences in balance sheets are seen as normal in an intense information war that accompanies the ground conflict, observers say Ukraine may have managed to limit casualties.

Attackers in a conflict risk greater casualties than defenders, analysts say, while Ukraine has also benefited from huge improvements in its military over the past eight years.

Even with the aid of airborne missile strikes, assault forces often struggle to break through positions held by smaller numbers of entrenched troops.

A recent analysis by the France-based Foundation for Strategic Research said the conflict provides an “excellent demonstration” of the notion of a defensive force being less worn out than an attacking force.

“This is all the more true as Ukrainian forces have adopted tactics based on high-tech guerrilla operations instead of direct confrontation, avoiding Russian firepower,” the analysts said.

Analysts also note that since Moscow’s annexation of Crimea in 2014 and its aid to pro-Russian separatists in eastern Ukraine, Kyiv has increased defense spending while streamlining its military command capabilities.

The military budget has tripled to some 3.5 billion euros ($3.9 billion) in 2021, and Washington has sent $2.5 billion in defense aid since 2014, even as allies NATO members, including Canada and Britain, have provided training assistance.

“The Ukrainians were perfectly prepared, and had deployed their resources perfectly,” a Western military source, who asked not to be named, told AFP.

State-of-the-art foreign equipment such as accurate anti-tank missiles from Britain and the United States, as well as TB2 combat drones from Turkey have also enabled Ukraine to limit its losses.

Ukraine was also able to tap into a large number of human resources with non-professional soldiers willing to trade trades and defend their country.

On the Ukrainian side, there are 79 tanks lost, less than 200 armored vehicles, 12 jet planes and 13 ships.

“There was such evidence of Russian casualties and massive equipment losses that we haven’t seen from the Ukrainian side,” said a British military observer, who asked not to be named.