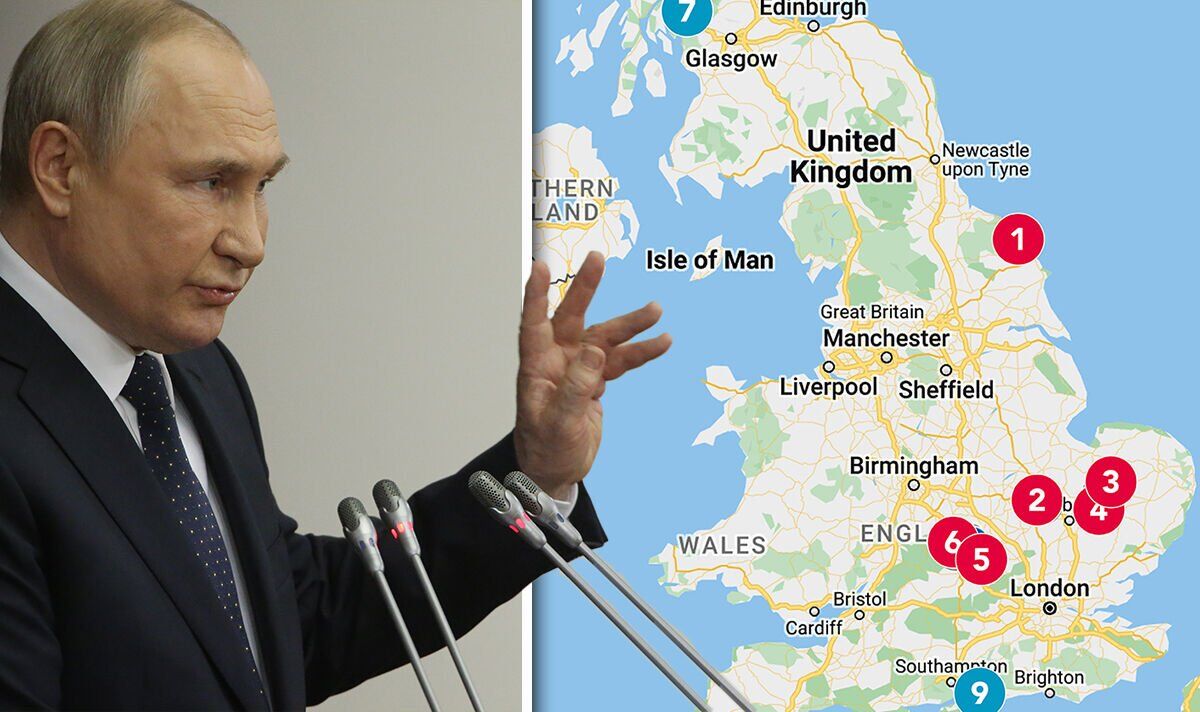 Shortly after launching a full-scale invasion of Ukraine, Russian President Vladimir Putin ordered his deterrent forces to be put on “special” alert. The move alarmed Western leaders that Moscow was accelerating preparations for a nuclear weapons launch. In recent weeks, concerns have grown further following direct threats from the Kremlin-backed media to Britain.

Dmitry Kiselyov, one of President Putin’s top propagandists, used his Russian state TV show to warn the UK it could be “dipped into the sea” by an underwater nuclear strike.

He made the comments as part of a show last Sunday where he suggested an attack on the UK, using a Poseidon underwater drone, could be a possible course of action for the Russia.

Mr Kiselyov said the weapon would set off a radioactive tidal wave and plunge Britain “into the depths of the ocean”.

He added: “This tidal wave is also carrying extremely high doses of radiation. Rising above Britain, it will turn all that remains of it into a radioactive wasteland, unusable for anything. How do you like this perspective? »

Although President Putin’s recent comments and actions are alarming, they do not mean that Russia intends to use some of its nuclear stockpile.

But if that position changed and such a weapon was launched, where in the UK might it try to target?

According to data from Quora, there are nine military installations in Britain that Russia could wipe out in 20 minutes.

Of these six are Royal Air Force (RAF) bases, scattered mainly in central England, and three are naval bases which are scattered along the British coast.

How many nuclear weapons does Russia have?

All numbers are estimates, but according to the Bulletin of the Atomic Scientists, Russia has the largest supply of nuclear weapons in the world.

In terms of warheads, Moscow has about 4,447 of which 1,588 are deployed on ballistic missile and heavy bomber bases.

Although nuclear weapons have not yet been used in the war in Ukraine, Russia has been accused of using chemical weapons.

Last month, the Ukrainian Azov regiment said three soldiers were injured by “a poisonous substance” in the port city of Mariupol.

No evidence has yet been provided to confirm their use, but the claim has raised concerns in the United States and Britain.