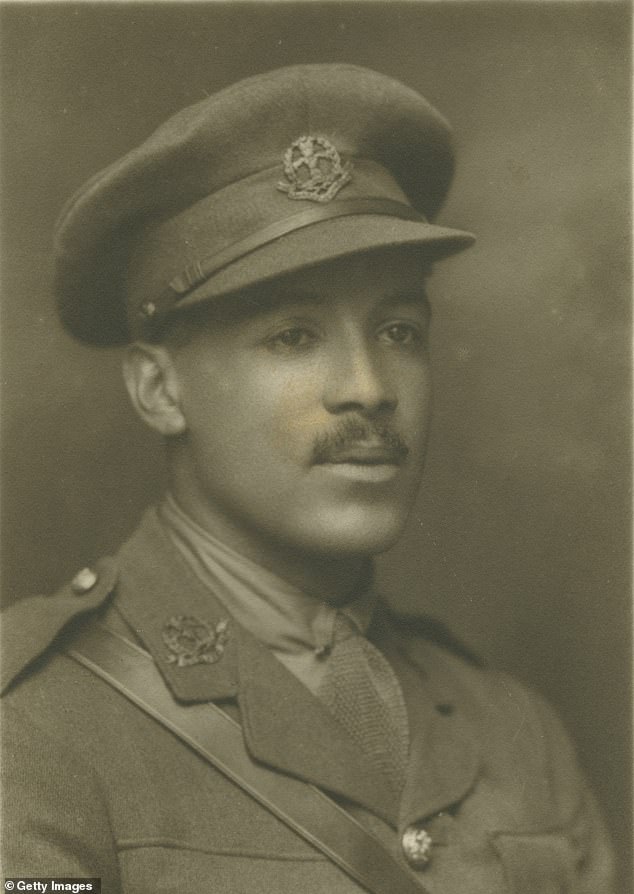 A campaign to honor the British Army’s first black officer with a medal for bravery has been backed by Tottenham Hotspur and Northampton Town FC – two of the clubs he played for before World War I.

Walter Tull was only 29 when he was shot down by machine gun fire in the Second Battle of the Somme in 1918, but he’s accumulated an incredible amount in his short life.

He was recommended for the Military Cross for his bravery and leadership under fire in Italy early that same year, but fell foul of a color bar, preventing non-white soldiers from receiving such medals.

Now a campaign to honor Second Lieutenant Tull posthumously with the medal he was denied is gaining momentum as Armistice Sunday approaches.

The clubs have both released statements in support of the campaign seeking to have him honoured.

Walter Tull served his country from 1914 to 1918. It was very unusual that a soldier who had served for so long and was then recommended for a Military Cross did not receive it. 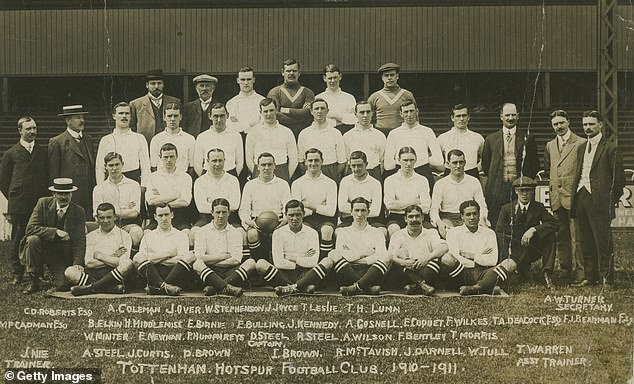 Before World War I, Walter Tull was a professional footballer, playing for Clapton, Tottenham Hotspur (Walter is pictured in the front row, far right) and Northampton Town.

He led an attack against the German trenches at Favreuil on March 25, 1918, during the Second Battle of the Somme. Not far away in no man’s land, Tull was shot and killed instantly. He was 29 years old.

Such was his popularity, it is believed that his men tried unsuccessfully to recover his body under machine gun fire and bring him back behind British lines.

Tull is remembered on the memorial wall in the Faubourg d’Amiens cemetery, along with thousands of others lost in the horrors of northern France.

Before World War I, Walter Tull was a professional footballer. He played for Clapton, Tottenham Hotspur and Northampton Town, and was signed for Glasgow Rangers while stationed in Scotland, but never lived to play for them.

Now Rangers and Spurs meet on and off in friendlies for the Walter Tull Memorial Cup. 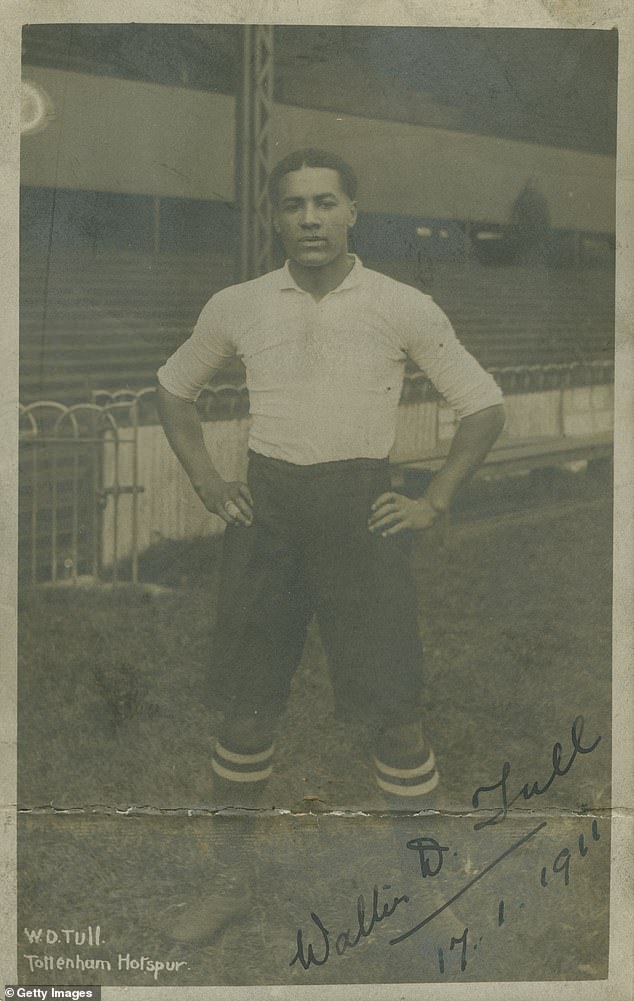 Campaign organizer Nick Marr told MailOnline: ‘It feels like something is changing and we are going to achieve our goal.

“It’s fantastic to see the support for the campaign from such prestigious clubs. We want to see Walter Tull receive the Military Cross and have a statue in London.

“It’s never too late to right a perceived wrong of the past.

“Exceptions can be made. Walter Tull should be given serious consideration for his Military Cross. If not for his exceptional qualities as a soldier, then for being a symbol of all the men of African descent who served their king and their country during the Great War but never received the recognition they deserve.

“All the time I hear from teachers telling me they added him to their curriculum so the next generation would hear about what he’s accomplished.”

Walter Tull played Spurs’ first-ever games in the top flight, 1909-10. He was the first black outfield player to appear in the Football League and played 10 games for the club.

He also played for them on tours of Argentina and Uruguay in 1909.

During one of his matches, he suffered what may have been the first recorded incident of racial abuse in a football match, when Spurs met Bristol City in October 1909. 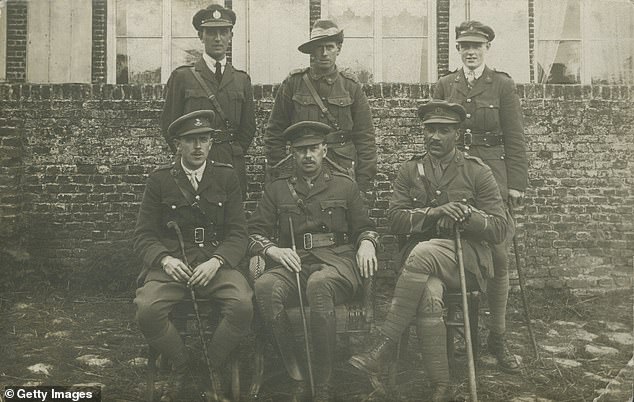 Walter Tull, officer, seated with five other officers, probably taken to France in the second half of 1917 or early 1918

According to the Football Star under the headline ‘Football and color prejudice’, he was the victim of ‘sustained, loud and fierce racial abuse’.

The newspaper reported: “He’s the Hotspurs’ smartest striker”. Frankly, Tull has a lot going for it because of his color. His tactics were absolutely flawless, but he became the target of the ignorant partisan.

This week, Spurs said in a statement: “Tottenham Hotspur are proud to be the club at which Walter Tull became the first black British outfield player in the Football League and his legacy continues to this day, with educational sessions provided by our Foundation for children within our local community to learn more about such an influential figure in our history.

“Walter paved the way for the many black professional players who followed in his footsteps at Tottenham Hotspur and across the country. 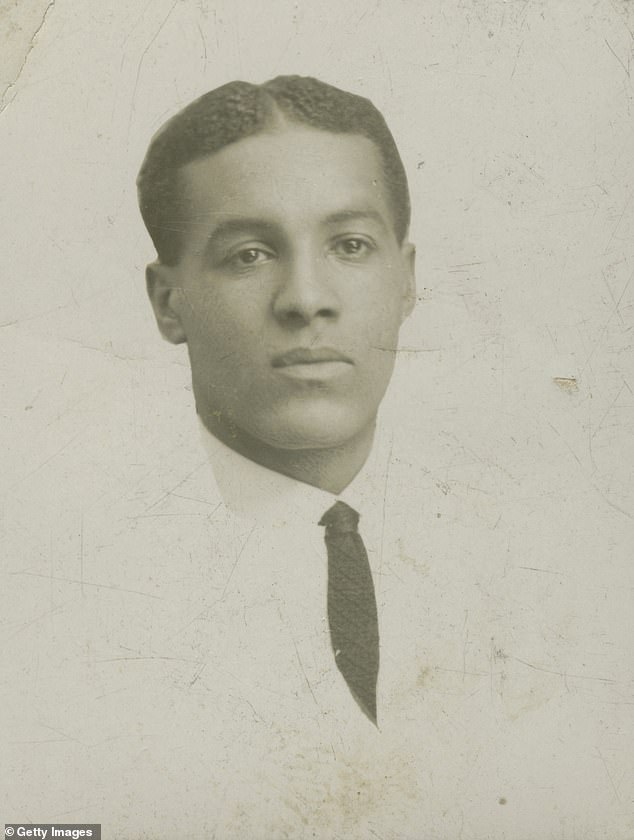 Portrait of Private Walter Tull as a young man, taken in Glasgow in the early 1900s

The club said: “Northampton Town Football Club proudly supports the campaign to raise the profile of one of our former players, Walter Tull, as his inspiring story deserves to be seen and heard from afar.

“Walter was a man of great courage and someone we are proud to say played for the Cobblers.

“He was the first British-born black army officer and the first black officer to lead white British troops into battle, as well as one of the first black professional footballers, playing over 100 games for Northampton Town .

“He is remembered here at Sixfields with the memorial to his name which stands proudly outside the stadium and the road around the complex which bears his name.

“We believe his achievements, bravery and courage deserve the widest possible recognition and we wholeheartedly support the campaign.”