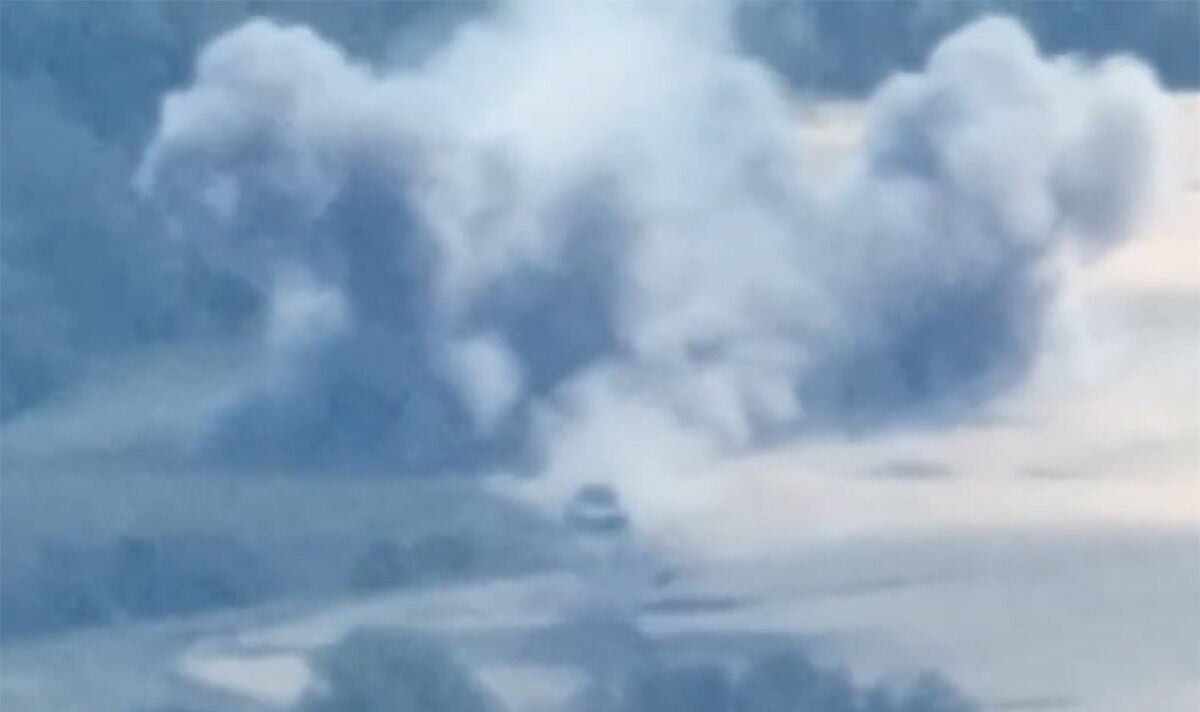 An incredible Ukrainian response that forced a Russian retreat was filmed this week. Ukrainian Armed Forces footage showed the moment two Russian BMP infantry fighting vehicles “were precisely hit by Ukrainian artillery fire” in Verkhnokamianka, Lugansk. At least one of the tanks was wiped out, according to the Ukrainian soldiers who launched the ambush.

Serhiy Haidai, the governor of Luhansk oblast, confirmed the response this morning by saying that two besieged villages, including Verkhnokamianka, remained under Ukrainian control.

He revealed that Russian troops “tried to move towards Verkhnokamianka but were pushed back”.

A report from the General Staff of the Ukrainian Army stated: “On July 16, the Russians attempted to advance towards the Verkhnokamianka, but were resisted, retreated and lost personnel.”

Another attempted attack by the Ukrainian Armed Forces was staged near Bilohorivka, but it was also repelled.

The governor of Luhansk added that Russian troops had captured towns in the region only to be pushed back by Ukrainian forces a day later.

This prevented the Russians from achieving their goal of taking the entire region and thwarted President Putin’s war plan.

It comes as Britain’s Chief of Defense Admiral Sir Tony Radakin claimed Russia had lost more than 30% of its ground combat effectiveness.