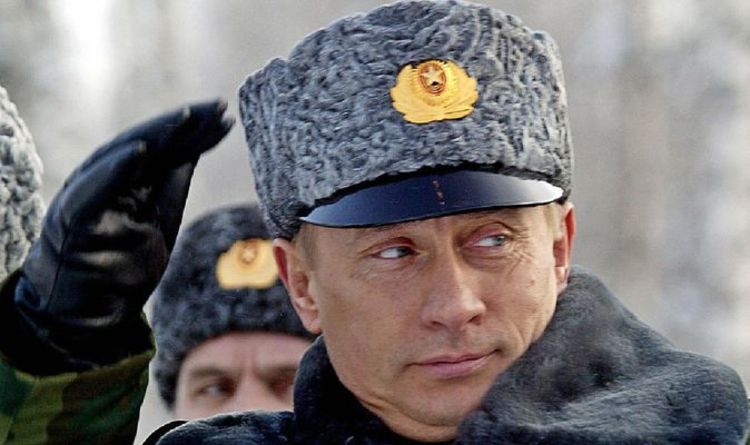 This follows recent Ukrainian drone strikes targeting Russian separatists in the country’s eastern provinces. Video footage circulating on social media shows Russian military equipment moving in western Russia. In a clip uploaded to Twitter on October 27, trains full of T-80U tanks, supply trucks, military ambulances and BTR-80 armored personnel carriers were caught on camera by a motorist as they drove through the city of Kursk.

Another video shot the same day captured Iskander tactical missile systems transported by road near the city of Bryansk.

The two Russian cities are only 200 km from the border with Ukraine.

Yet another clip shows the Maslovka station in Voronezh packed with military equipment in scenes reminiscent of April, when Russian troops massed by 10,000 on the Ukrainian border.

A Russian military expert said the situation deserved “vigilance” and was “a cause for concern”.

Michael Kofman, director of Russian studies at the Center for Naval Analysis (CNA) wrote in a tweet: “I think there is a developing situation, and it could become something big.

“Overall, I don’t think you attend regular exercise or workout.”

A D-30 howitzer was hit in what the Defense Ministry described as a retaliatory strike, following injuries sustained by two Ukrainian servicemen in an artillery attack by Russian-backed militias.

The Donetsk People’s Republic rebels also claimed that Kiev carried out another UAV attack on an oil installation in Donetsk on Thursday, although they denied that any damage had been inflicted.

The head of the Defense Committee of the Russian State Duma warned that Ukraine’s actions risked adding fuel to the flames of the conflict.

Andrei Kartapolov said: “The use of a Bayraktar unmanned aerial vehicle by the Ukrainian army (as announced by the Ukrainian general staff) will further exacerbate the conflict inside Ukraine.”