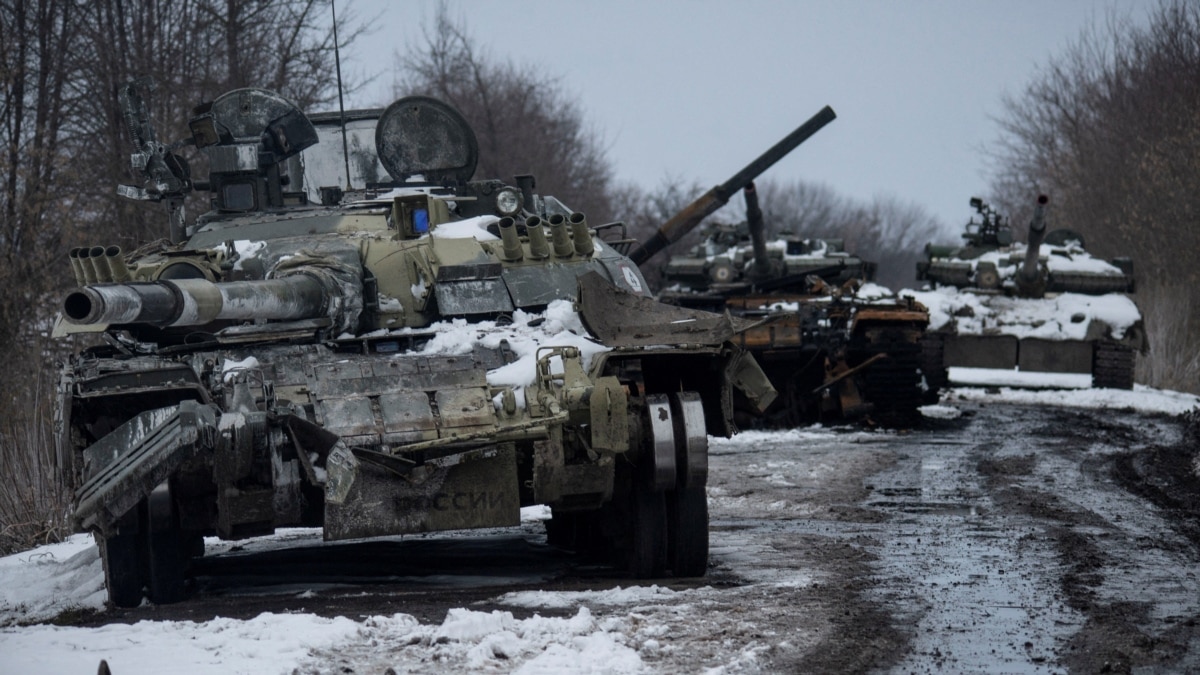 Russian warships shelled targets near Odessa on Wednesday morning, possibly as part of an attack on the Ukrainian port city. But some military strategists say Russian forces are struggling to hold onto territory they have seized and have suffered severe setbacks in fierce skirmishes elsewhere that will likely delay an assault on Odessa.

The British Ministry of Defence, in its daily update on the state of the battle, said that Russian forces are struggling to overcome the challenges posed by the Ukrainian terrain and that Russian units have remained largely linked to roads. Ukrainians, showing a reluctance to leave the roads to maneuver. He added that Ukrainian forces also managed to block Russian advances by blowing up bridges.

Ukrainian presidential adviser Mykhailo Podolyak said in a tweet on Wednesday that a series of counter-offensives in “several operational areas” had changed the “dispositions of the warring parties”. And Oleksiy Arestovych, another aide to Ukrainian President Volodymyr Zelenskyy, said small-scale Ukrainian counterattacks meant Russian forces had failed to clear “key hotspots” around Kyiv and there was unlikely to do so because “Russia has exhausted its resources”.

Ukrainian authorities said Russian forces continued to heavily shell Kharkiv, Ukraine’s second-largest city, and surrounding towns. A high-rise building was hit in the latest bombardment of Ukraine’s capital Kyiv on Wednesday, destroying the top floor and starting a fire. There have been reports of two casualties, but there has been no confirmation as to whether they were killed or injured. So far, Ukrainian authorities estimate that Russia has destroyed 3,500 buildings in 21 days of war, including more than 200 schools.

The Ukrainian military says 13,800 Russian troops have been killed or captured since the Russian invasion began on February 24. They also say they destroyed or disabled 430 tanks and 1,375 armored vehicles. Ukrainian claims have not been independently verified.

A fourth Russian general, Oleg Mityaev, commander of Russia’s 150th Motorized Rifle Division, 47, was reportedly killed. kyiv said Mityaev, who fought in Syria, died near the city of Mariupol and released a photo allegedly of his body.

Moscow has not confirmed the death.

If the claim is correct, he would be the fourth Russian general to have been killed and the 13th officer since February 24, when the invasion of Ukraine began.

The other generals killed were: Major General Andrei Kolesnikov, commander of the 29th Combined Army; Major General Vitaly Gerasimov, deputy commander of the Russian 41st Army, another veteran who fought in Syria, and Major General Andrei Sukhovetsky, who was reportedly killed by a sniper. Four Russian colonels were also killed and a Chechen general, Magomed Tushaev, was reported by kyiv as killed in an ambush near Hostomel, near the Ukrainian capital, which has seen some of the heaviest ground fighting since the invasion. of Russia.

Military analysts suggest that the high death toll of senior officers is because they had to move closer to the front lines to sort out logistical supply issues and advance ground troops. Moscow only acknowledged that 498 of its soldiers were killed and 1,597 wounded, and that was March 2 with no updates since.

Western defense officials have lower estimates than Ukraine’s for the Russian death toll, with a consensus of 6,000 probable Russian dead, roughly the number of US military personnel killed in Afghanistan and Iraq over two decades of fights.

Russian military spokesmen have a different view of the state of the battle, saying its forces have shot down two Ukrainian Su-25 fighter jets and a MiG-29 fighter jet as well as four drones in the past 24 hours. . Russian Defense Ministry spokesman Igor Konashenkov also said on Wednesday that Russian forces had destroyed 128 Ukrainian military installations the previous day.

Military observers and independent strategists agree with the UK MoD’s assessment, saying that the outgunned and outmanned Ukrainian defense forces succeeded in thwarting the invading Russian force, especially in the northern and eastern Ukraine.

“Putin has subdued himself: his mechanized armored forces cannot enter kyiv [sic] without suffering huge casualties, nor can they stay outside without being attacked by drones and AT [anti-tank] missiles,” tweeted Edward Luttwak, a renowned US military strategist.

In southern Ukraine, Russian forces made more progress but were unable to subdue the small port city of Mariupol, which has been besieged and without water, food and electricity for days. And a Russian advance on Odessa was also stalled due to a fierce Ukrainian defense of the town of Mykolaiv, 120 kilometers east of Odessa, where Ukrainian defenders managed to retake the local airport some time ago. A few days.

Ukrainian and Western military officials say they still believe Russia is planning an assault on Odessa, and Russian warships have gathered off the coast nearby, they say. One option for the Russians would be to bypass Mykolaiv and make an amphibious landing.

Oleksiy Danilov, secretary of Ukraine’s National Security and Defense Council, said last week that a seaborne assault on Odessa had been planned but had been abandoned due to poor weather conditions. Odessa prepares for a Russian attack, fortifying the streets for close combat and mining beaches.