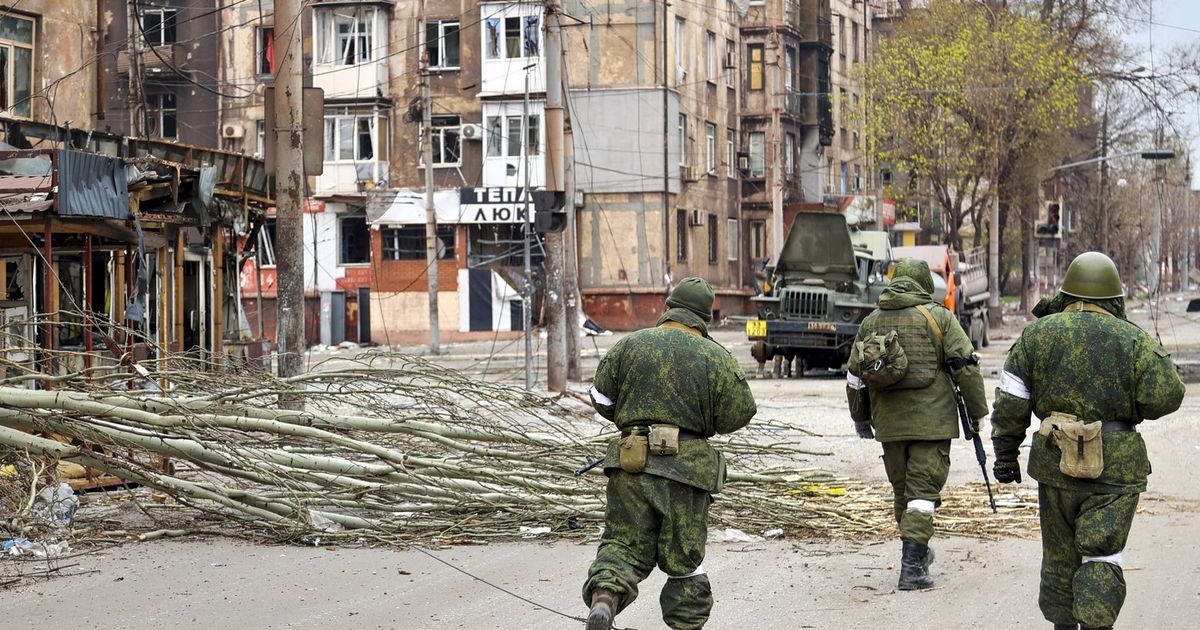 As soldiers and civilians trapped in bunkers under a sprawling steel plant in Mariupol, Ukraine, issued desperate pleas for help on Friday, military analysts said it could take days or even weeks for heavily battered Russian forces now in control of most of the city to regroup and join Moscow’s offensive in the eastern Donbass region.

The Kremlin on Thursday proclaimed the “victory” of the now-ruined city, even though Ukrainian forces still held the Azovstal steelworks near the port of Mariupol. Russian President Vladimir Putin ordered his forces not to storm the factory but rather to block it “so that a fly could not get through”.

A final assault on the plant would almost certainly have resulted in further casualties for Russia in a campaign that military analysts and Ukrainian officials say has already claimed many casualties.

Mariupol, a strategic port city, was targeted on the first day of the Russian invasion two months ago. It was surrounded by Russian forces for around 50 days and witnessed some of the most intense fighting of the war.

Although the city’s defenders are now confined to the steelworks, Ukrainians and Western military analysts said that during the weeks of fighting they had killed high-ranking Russian soldiers and many members of military units. Russian elite combat.

Even as the town around them was reduced to rubble, Ukrainian soldiers continued to ambush and attack Russians entering the town. It’s impossible to know exactly how many Russian soldiers were killed in the battle, but the Institute for the Study of War, a Washington think tank, said they suffered “many casualties”.

“Russian forces involved in the Battle of Mariupol are likely heavily damaged and Ukrainian forces managed to pin down and degrade a substantial Russian force,” according to the group’s analysis.

Britain’s military defense intelligence agency said on Friday that the decision to blockade the Azovstal plant “likely indicates a desire to contain Ukrainian resistance in Mariupol and free up Russian forces to be deployed elsewhere in the world.” eastern Ukraine”.

Part of the Russian forces will be needed for missions outside the eastern offensive.

The raging fighting in Mariupol has left around 95% of the city’s structures destroyed or so damaged that they will likely need to be demolished, and Russia will need troops to secure the ruins and eliminate any remaining pockets of resistance. Additional troops may be needed to maintain control of southern Ukraine.

And despite the Kremlin’s claim of victory, the Russians must now maintain their siege of the steelworks.

Ukrainian Deputy Prime Minister Iryna Vereshchuk said on Friday the Russian military had made it clear that it would not let civilians leave the factory unless the soldiers inside surrendered first. She estimated that around 1,000 civilians, many of whom were “women, children and the elderly”, were still inside the factory. Although Russia opened a corridor for soldiers to surrender, she said, it did not guarantee safe passage for civilians.

“The Russians refuse to open a corridor for civilians, cynically claiming that they do not understand the difference between a corridor for the military to surrender and a humanitarian corridor to evacuate civilians,” she wrote on Telegram. . “But they understand everything. It’s just that they’re trying to put extra pressure on our military.

This story originally appeared on nytimes.com. Read it here.