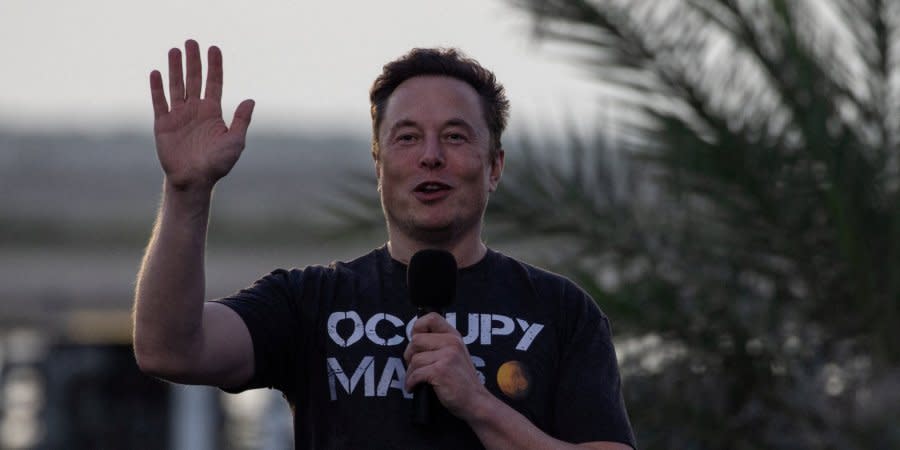 The idea of ​​deploying the Starlink network to Ukraine was not Elon Musk’s, but the Pentagon’s, Levin told Radio NV.

“The area covered was only territory controlled by Ukraine,” the Israeli officer said.

“Since Ukraine quickly liberated vast territories, which were controlled by Russian forces only yesterday, they just don’t have Starlink coverage. That’s it. The Americans didn’t want the Russians to be able to use the Starlink technology. That’s why it’s important to expand the area of ​​its coverage. How? I can’t answer that from a technical point of view, I’m not a Starlink expert.

This issue is in no way related to a conspiracy or “Musk’s Crimea delusions,” Levin added.

Elon Musk, founder of Tesla and SpaceX, posted a series of tweets on Oct. 3 suggesting the “most likely” way to achieve peace between Russia and Ukraine. He proposed to his followers to vote on the following scenario:

This caused a huge outrage, which was followed by Ukrainian President Volodymyr Zelenskyy responding on Twitter with another vote: “Which Elon Musk do you like the most?”

After a backlash on Twitter, Musk tried to back down. In response to Zelenskyy’s tweet, he wrote: “I am still very supportive of Ukraine, but I am convinced that a massive escalation of war will cause great harm to Ukraine and possibly the world.

Then, on October 6, Musk again caused outrage in Ukraine when he tweeted an electoral mood map of Ukrainians based on the results of the 2012 parliamentary elections. in the east and south of the country, voted for the pro-Russian Party of Regions. A little less – for the Fatherland party, which won votes in the central and western regions.

Musk has hinted that the decade-old election results indicate that there is now broad support in Ukraine for parts of the country to be annexed by Russia – which is not true.

Elon Musk’s SpaceX company has now informed the Pentagon that it can no longer fund critical satellite services for Starlink systems in Ukraine, CNN reported on October 13.

About 20,000 Starlink satellite units have been donated to Ukraine so far, with Musk tweeting on Oct. 14 that “the operation cost SpaceX $80 million and will exceed $100 million by end of the year”.

Responding to a tweet about it by political technologist and political analyst Jason Jay Smart, Musk said he was taking the advice of former Ukrainian ambassador to Germany Andrii Melnyk.

In his response to Musk’s peace proposal for Ukraine, Melnyk said, “Fuck off – my very diplomatic response to you, Elon Musk.”

Read the original article on The New Voice of Ukraine