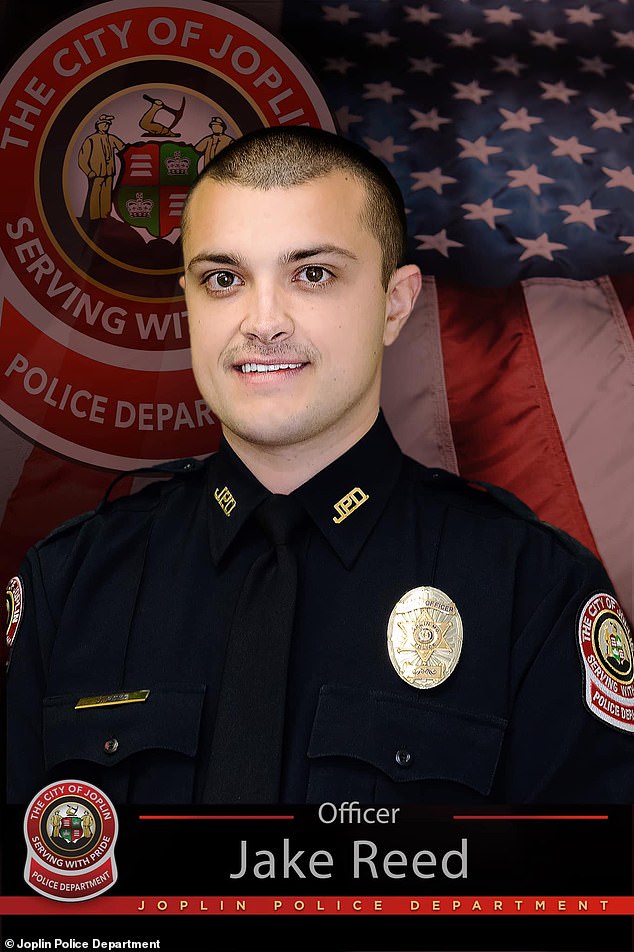 By Stephen M. Lepore for Dailymail.Com

A Missouri police officer who was shot along with two other officers last week has died, the Joplin Police Department announced Saturday.

Jake Reed, 27, who joined the force in 2017, died on Friday and his organs were donated, police said.

“(Friday) evening, Officer Jake Reed continued his service to others as his vital organs were escorted to the airport and transported across the country to give life to others,” the statement read.

Reed, 27, and Joplin Police Corporal. Benjamin Cooper was fatally shot on Tuesday when he confronted 40-year-old Anthony Felix in a Joplin shopping district.

Officers were responding to a ‘disruption’ at the mall, but cops offered no further details about what led to the fatal encounter.

Jake Reed, 27, who was shot along with two other officers last week, died on Friday 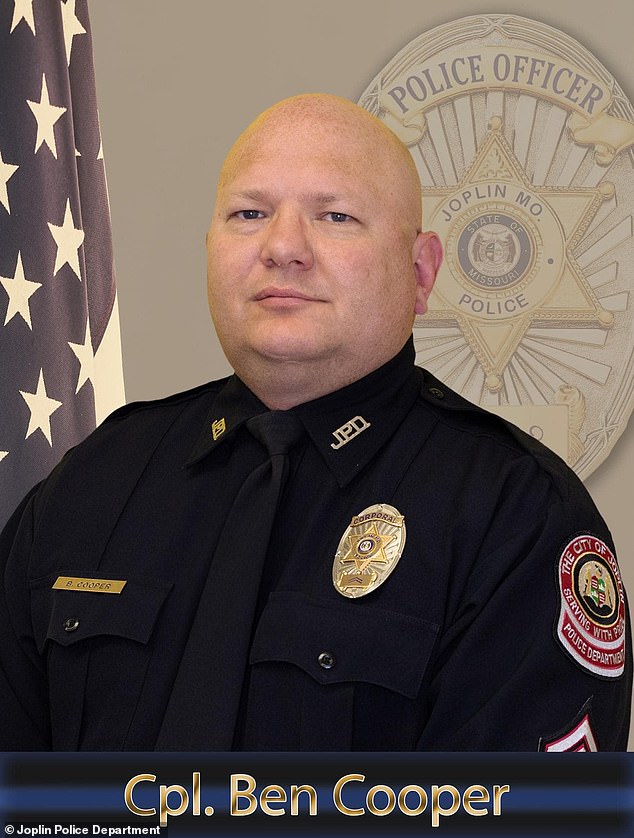 Joplin Police Corporal. Benjamin Cooper was also killed after he and Reed confronted Anthony Felix, 40, in a Joplin shopping area 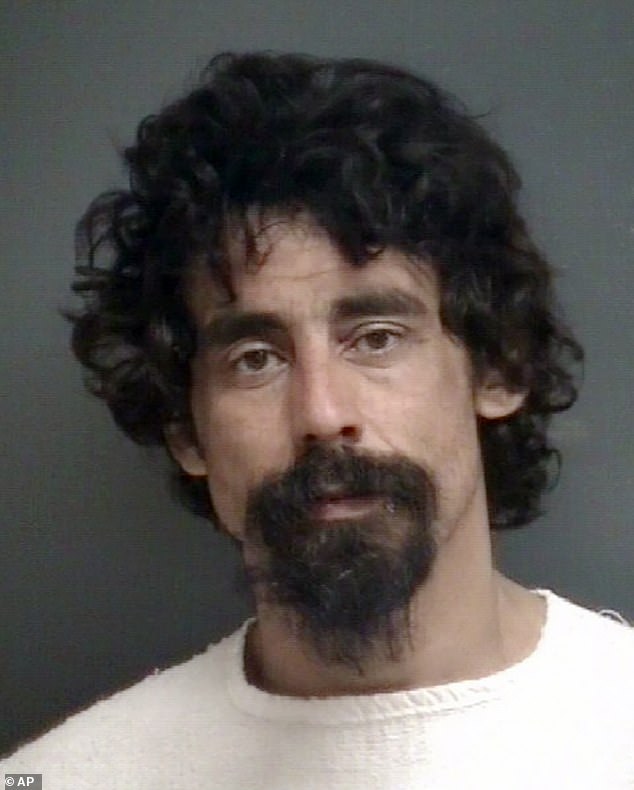 Authorities said Felix then fled in a stolen patrol car, which he eventually ran over. 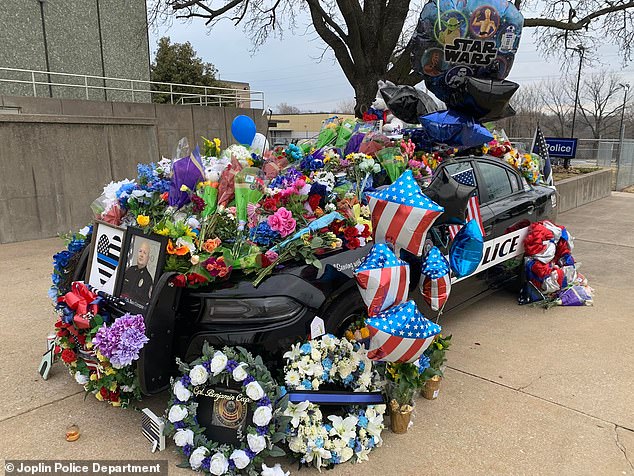 Locals decorated a patrol vehicle parked outside the Joplin police station with colorful flowers, soft toys, balloons and notes of encouragement in honor of slain officers. 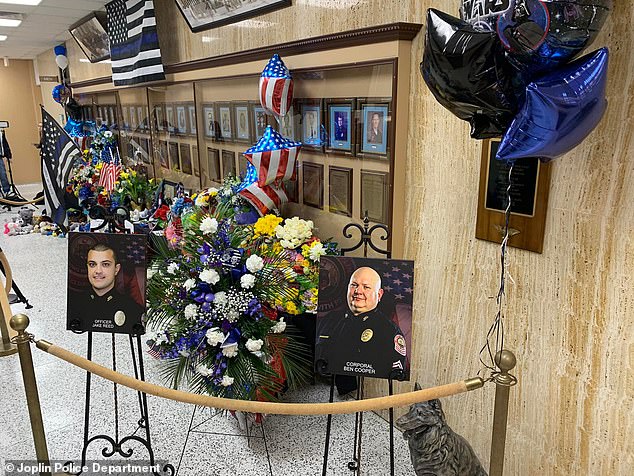 A memorial was placed in the lobby of the police department for Cpl. Cooper and Officer Reed

Kim Jenkins, who lives near where the third officer and suspect were shot, said she saw a man with a gun hiding behind a fence in front of her home, the Joplin Globe reported.

She said the officer drove down the street and stopped in front of a van the suspect was hiding behind.

It was then that the suspect fired at the officer, apparently shooting him through the windshield of his patrol car.

“I don’t think he even had time to get out when the guy started shooting,” Jenkins said.

Several other officers arrived and exchanged fire with the suspect, who was hit by gunfire, she said.

The Missouri State Highway Patrol is assisting in the investigation, Lewis said.

The department announced that public visitations and separate funeral services for Cooper and Reed will be held at the Leggett and Platt Center on Missouri Southern Campus.

“There is a loving, carefree guy serving his community and starting his career, and his life is tragically cut short,” Tom Abbot told the Northwest Arkansas Democrat Gazette.

“He was always smiling or someone was with him laughing. I know he is loved and will be missed.