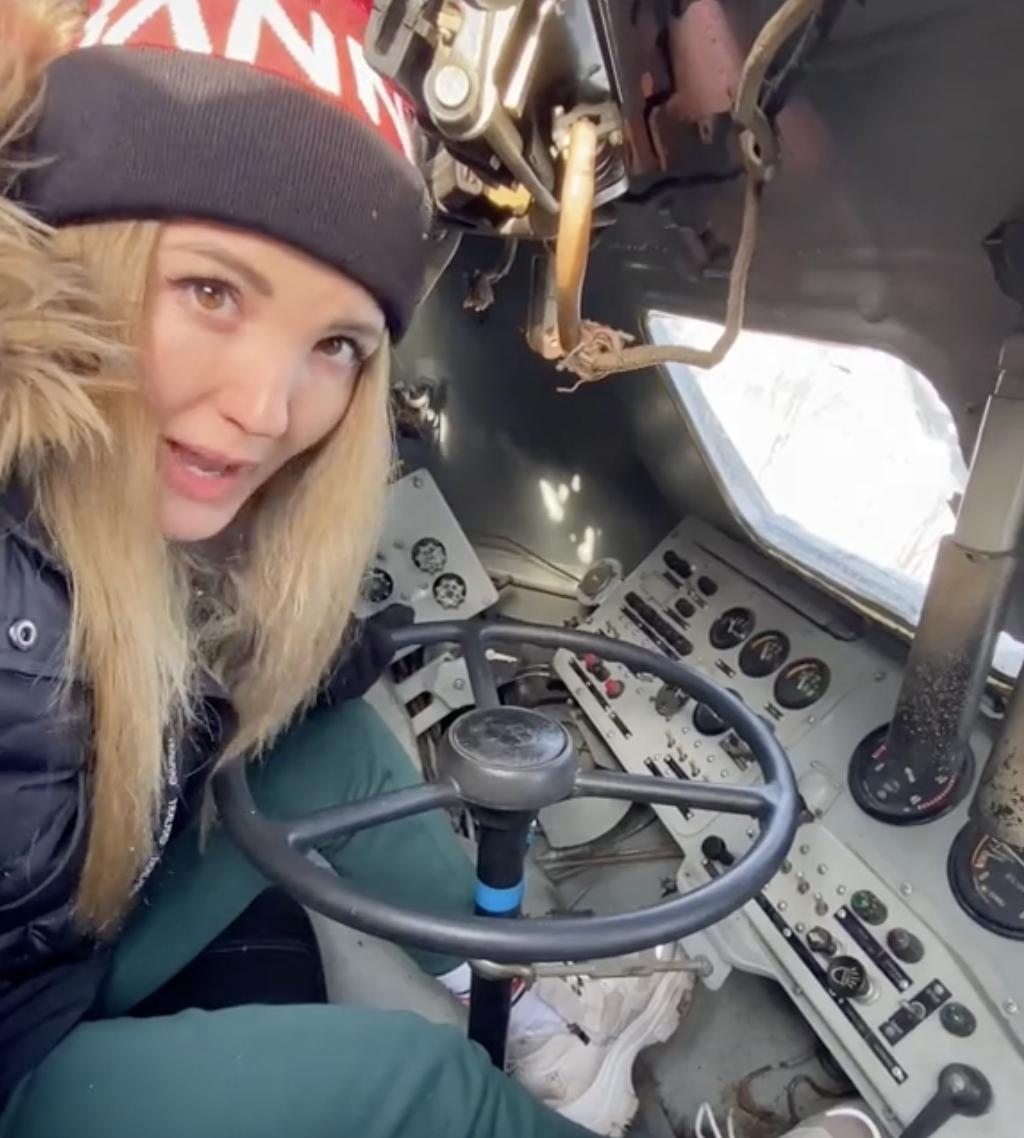 As the bloody invasion of Ukraine continues, a Russian social media influencer has offered her viewers a grim life hack: “how to start an armored personnel carrier”.

In the tutorial video, originally posted a year ago, TikTok and Instagram star Nastya Tuman drives what appears to be an armored vehicle for transporting Russian soldiers. On Sunday, Ms Tuman reposted the footage with a new introduction.

“If you find a loose or abandoned armored personnel carrier, here’s a life hack on how to start it,” she says happily before hitting several switches and buttons, setting the rusty vehicle in motion.

As of Tuesday, the video had garnered 9.1 million views on TikTok and more than 36,000 likes on Instagram.

Russia launched a full-scale invasion of Ukraine last Thursday, sparking the biggest ground war in Europe since World War II. As the assault continues, there have been reports of Russian troops abandoning their vehicles after encountering fierce Ukrainian resistance or running out of fuel.

Ms Tuman, who according to the Marca news site was born in Ukraine, appears to be offering advice on what to do with these vehicles. At the end of her caption for the TikTok video, she added a hashtag meaning “how to operate BTR”, referring to the Russian troop carrier “Bronetransportyor”.

But according to Marca, Ms Tuman said the video was only meant to be funny and did not intend to encourage violence. The Independent contacted her for further comment.

Meanwhile, viewers are gushing over the video in multiple languages.

“Glory to Ukraine, visit us here, we need [you]!” an Instagram viewer commented in Russian. “Thanks for the helpful video!”

“I have no idea what she is saying but I know Ukrainians are the bravest people on earth!” wrote an English-speaking viewer on TikTok.

“I want to marry this woman,” another commented. “Tell my husband I loved him, but the tank girl is love.”

“TikTok in wartime is a very wild place,” someone else observed.