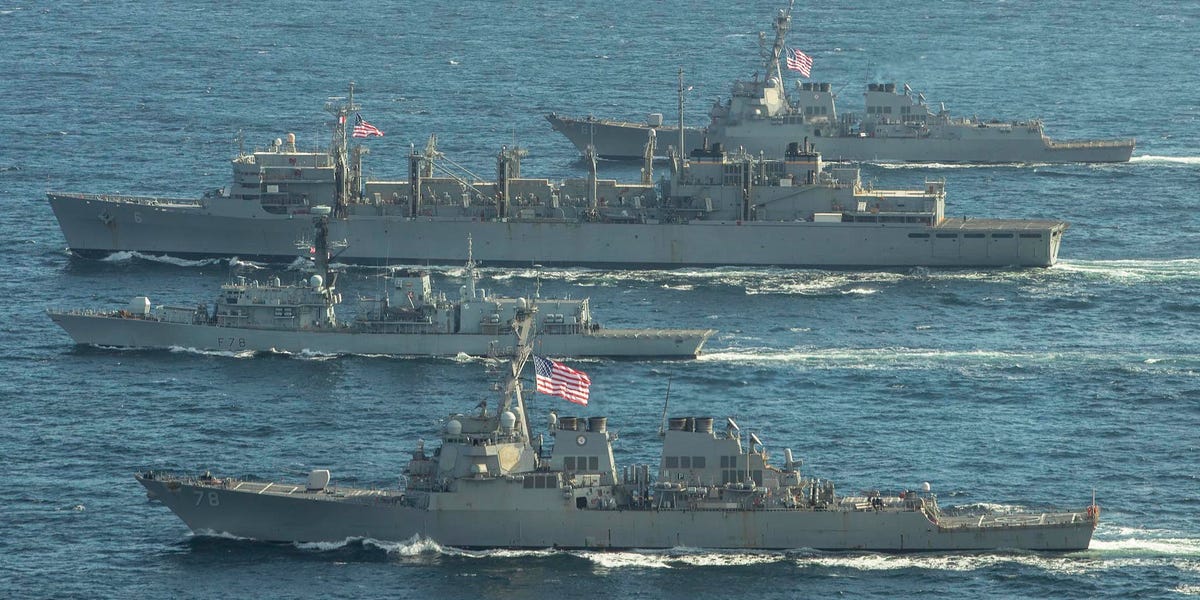 On Friday, US Navy ships and a British warship completed seven days of Arctic exercises when they left the Barents Sea, ending the first voyage of the US Navy surface ships to this sea since the mid-1980s.

The exercises were supported by a US Navy P-8A Poseidon maritime patrol aircraft and a US Air Force RC-135 reconnaissance aircraft.

The Donald Cook, Porter, Kent and Supply sailed the Arctic Circle on May 1 and conducted anti-submarine operations in the Norwegian Sea with a US Navy submarine and a P-8A .

Throughout the exercises, USNS Supply supported warships with supplies at sea, allowing U.S. and Allied ships to remain stationed for extended periods of time.

These photos show NATO’s latest naval venture in the Arctic, part of a larger effort by Alliance navies to increase their presence in the region and adapt to the harsh conditions there.