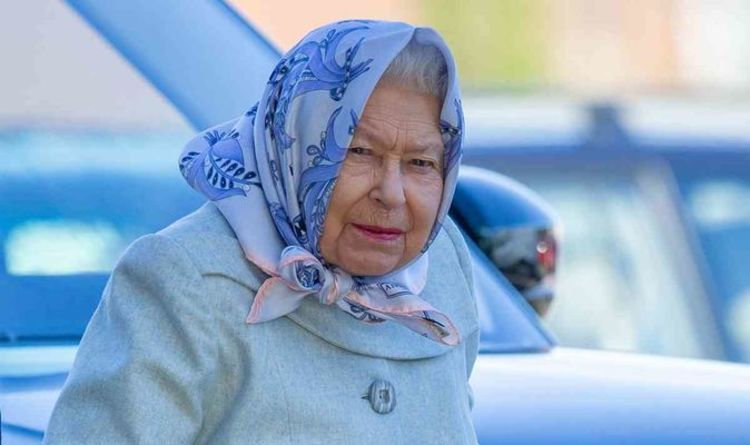 Some of those killed in the town of Ktenholz in 1945 had held the Queen and her sister Princess Margaret for nine months during the war. One of those who died was named Lieutenant Robin Tudsbery, and he was only 25 when the armored car he was traveling in with two comrades was detonated by a mine. The lieutenant was tragically killed just days before the end of WWII.

The 14 men have now been commemorated on new memorials in the city following a campaign by a group of German citizens.

An anonymous donor assured that the names of the men would be imported onto four stone slabs in the city.

The memorials were erected last month in a coronavirus-safe ceremony.

Speaking to the Daily Mail, Ms Buelau said: ‘I felt that these British soldiers had to be remembered.

“They shouldn’t be anonymous anymore.

“They should get their names back.

JUST IN: Kate Middleton there for William: “Firm encouragement to her husband”

The memorials included five members of the Coldstream Guards.

The guards died when their Sherman tank was detonated by a mine a few yards from where Lt. Tudsbery was killed.

Ms Buelau has now reunited with the relatives of five of the men and is hoping that new publicity will alert the others.

In 2013, the Queen visited a chapel built in honor of Lieutenant Tudsbery by her parents in her hometown of Edinburgh.

Buckingham Palace has now told the Daily Mail that Ms Buelau’s group has written to the Queen to inform them of the memorial project.

It was reported that the Queen had sent a response to German citizens through her private secretary thanking them for their work.

We know that Her Majesty was very attached to Lieutenant Tudsbery during the months he took care of her during the war years.

It was reported that she even danced with him when he was invited to a party at Buckingham Palace in 1944.

This loving moment was just three months before his death.