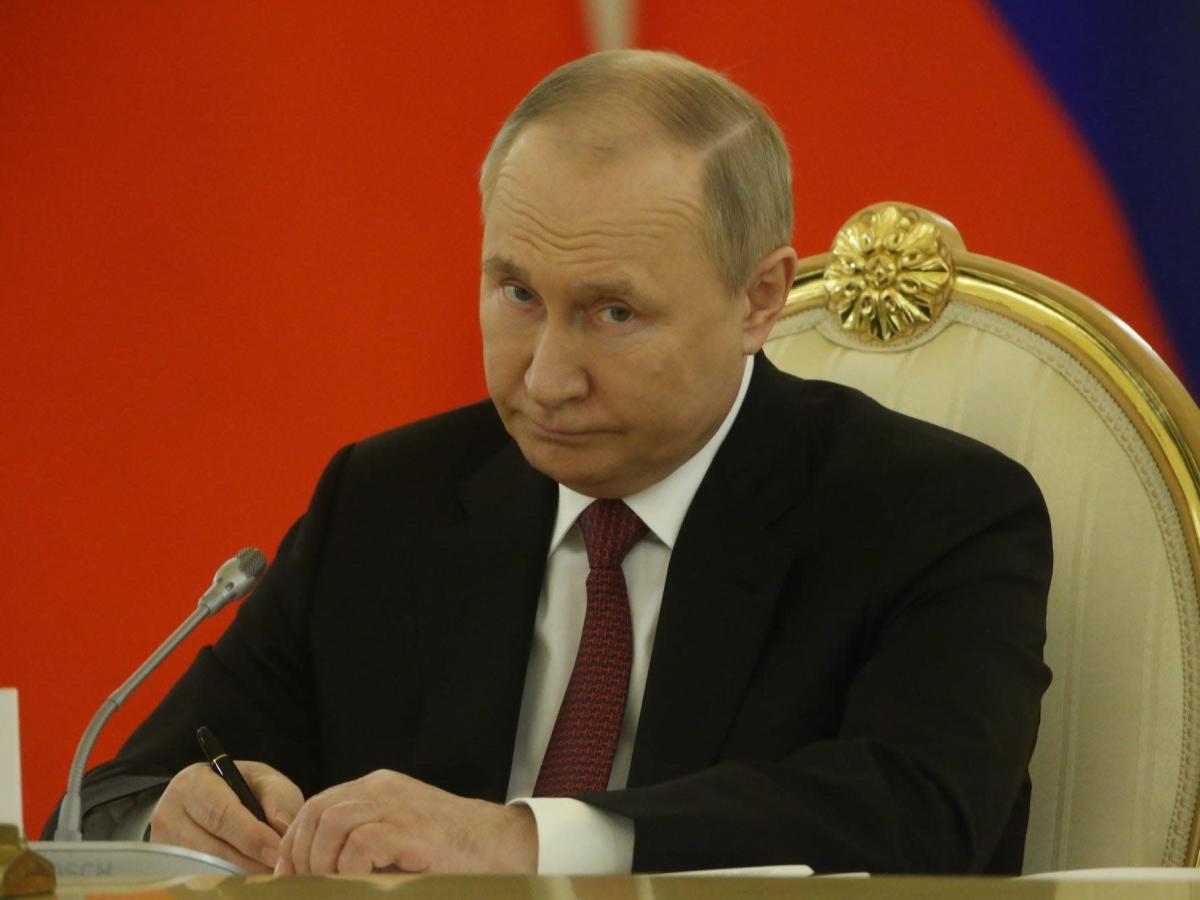 Rumors have been circulating in recent weeks that Russian President Vladimir Putin is not feeling well and is somehow losing his grip.

The strongman and former KGB agent, who is 70, has spent years trying to cultivate a macho image – riding shirtless, playing hockey and showing off his judo moves. Throughout his nearly two decades in power, Putin has been seen as a calculated and emotionless leader. But the shirtless horseman’s disposition has apparently changed since he launched an unprovoked full-scale war in Ukraine in late February. His cheeks are swollen, he is restless and his speeches explosive and full of vitriol.

The war in Ukraine was so disastrous for the Russian military that many began to wonder what led Putin to miscalculate. Some guessed that he suffered from mental decline. Others said Putin was gravely ill, drawing general conclusions from minute aspects of his behavior. Even the movement of the Russian leader’s foot was enough to spark a wave of speculation about his health.

But three intelligence and military experts in the United States who spoke to Insider say they don’t give much weight to continuing speculation that the Russian leader is in physical decline – a theory that has not been endorsed by doctors or medical experts.

Jeffrey Edmonds, a former director for Russia at the National Security Council and a former CIA military analyst, told Insider he “can’t see anything really credible” to support the idea that Putin is not doing well.

“What I and others have seen is a definite change in his behavior,” Edmonds said, adding that Putin is “normally the voice of calm in Russia, but has publicly become more emotional and anger”. This suggests that Putin is “uncomfortable with something”, Edmonds added.

Putin is overseeing a war that would have killed 15,000 Russian soldiers, possibly many more, in a matter of months. An impressive number of Russian generals have been killed. Ukrainian roads have effectively become graveyards for Russian tanks. The Russian army, which was widely expected to overthrow Ukrainian forces within days, failed to take Kyiv.

Meanwhile, the United States and its allies moved to isolate Moscow both economically and politically, imposing an unprecedented series of sanctions on Russia that contributed to soaring inflation and supply shortages reminiscent of the Soviet era. The head of Russia’s central bank warned this week that the coming months will be “difficult both for businesses and for citizens”.

But Putin showed no signs of giving up. He has been obsessed with Ukraine for years – viewing it essentially as territory belonging to Moscow – and Russia’s top observers say Putin will never give up his goal of subjugating Ukrainians. As long as he is in the Kremlin overseeing the world’s largest nuclear arsenal, Ukraine faces an existential threat.

With so much power centralized in Putin, his health is a matter of understandable interest to the public and the intelligence community. That said, it’s still a topic that even US spy agencies are likely in the dark about, experts said.

The conjecture about Putin’s health comes from a number of dubious sources.

Ukraine’s military intelligence chief, Major General Kyrylo Budanov, in a mid-May interview with Sky News, claimed without evidence that Putin had cancer and said a coup to supplant the Russian leader was in progress.

Meanwhile, ex-British spy Christopher Steele recently told Sky News that Putin was “sicker and sicker” and his leadership was in jeopardy. Steele – who is known for compiling the discredited dossier filled with salacious and unverified claims about Donald Trump’s ties to Russia – cited “anonymous sources in Russia and elsewhere”.

Lawmakers in Washington like Senator Marco Rubio of Florida, the top Republican on the Senate Intelligence Committee, also weighed in. “Rubio said in a tweet at the end of February.

The fact that many recent allegations about Putin’s health come from Ukraine’s military intelligence chief, who may be trying to undermine the Russian leader’s authority and sow discord in the halls of the Kremlin, offers good reason to question their veracity.

Reports by Russian media Proekt revealed evidence that Putin has chronic back problems, has repeatedly disappeared from public view for several days, and has occasionally traveled with a large medical team. But none of this behavior is particularly unusual for a 69-year-old autocrat determined to stay in power for life.

Rampant speculation may also be a sign of wishful thinking that Putin’s death would somehow end the brutal war, said Kevin Ryan, a retired U.S. brigadier general and former defense attaché in Russia. Ryan said he had seen “no evidence” that Putin was near death or suffering from something that weakened him, and stressed that even if he died it would not necessarily promote a ceasefire. fire or the end of hostilities in Ukraine.

“Of course everyone is going to die, but I don’t think this war is Putin’s creation alone,” Ryan said, adding, “His death might affect its course, but the ruling circle that supported him will be still there. “

Much of Putin’s health theory has been the product of discussions about his physical appearance and behavior in public.

British tabloids and various commentators suggested Putin suffered from Parkinson’s disease, focusing on the Russian leader tapping and shaking his foot during meetings. Others focused on Putin’s face appearing more puffy than usual as potential evidence that his health is in poor condition. But these are not, in themselves, inherent signs of a serious medical condition.

“I can’t find any evidence that I can talk about parkinsonism in Putin,” Ray Chadhuri, a neurologist at the University of London, told DW in April after watching a video clip of Putin with Russian Defense Minister Sergei Shoigu, who was at the center of Parkinson’s speculation.

Former Director of National Intelligence James Clapper told Insider he was struck by recent footage of Putin showing him with a swollen face, which he said raised questions about whether the leader Russian might be receiving some form of treatment that causes the swelling. But Clapper stressed that “it’s all circumstantial” and said he doubted the US intelligence community “knows for sure whether he’s sick or not.”

“This kind of information is traditionally very difficult to come by,” Clapper said, adding that it was still a “legitimate line of inquiry.”