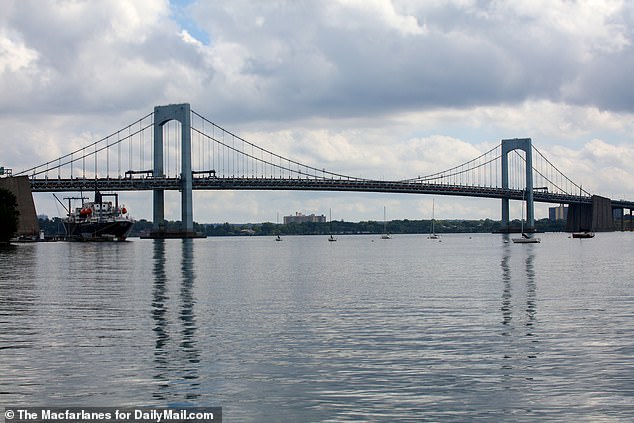 By Shawn Cohen for Dailymail.com

The body of an NYPD cop was found on Tuesday night after he jumped off the Throgs Neck Bridge the night before, leaving his keys and mobile phone in his car parked in the middle of the span, the DailyMail.com has learned.

Scott Cohn, an officer with the 90th Brooklyn Police Department, served for six years and also sang the national anthem at NYPD events.

Law enforcement sources told DailyMail.com the 38-year-old was struggling emotionally because of his job and was considering quitting.

“I know he wasn’t happy on patrol,” said a Brooklyn officer who knew him.

“He was unhappy with the treatment the police are getting, with the current environment. But that’s not really a reason to want to kill yourself. Anyone can quit their job.

Scott Cohn was found dead on Tuesday under the Throgs Neck Bridge, which connects the Bronx and Queens 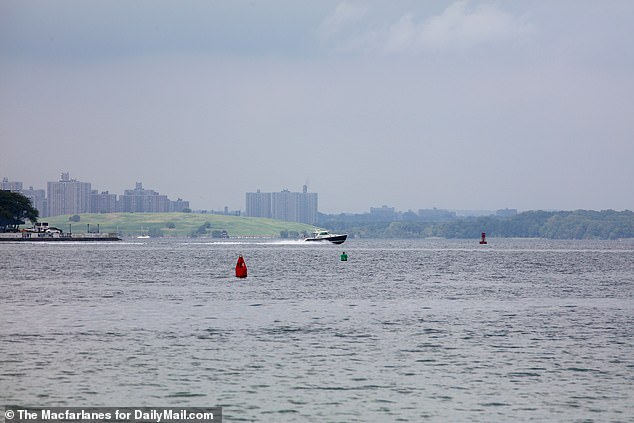 Police speedboats are seen searching for Cohn’s body on Tuesday 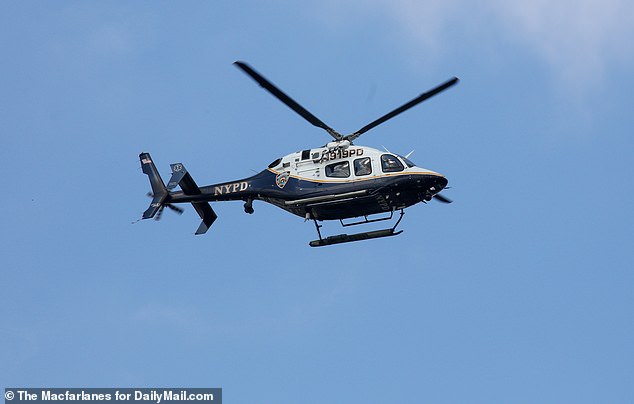 An NYPD helicopter is seen searching for Cohn’s body on Tuesday.

“He was a very friendly and nice guy.”

Cohn’s Honda Civic was left on the north side of the bridge, which spans the East River connecting the Bronx and Queens.

The Triborough Bridge and Tunnel Authority (TBTA) alerted police that the disabled vehicle was discovered around 10:20 p.m. Monday and an unknown person had apparently jumped out, the NYPD said.

Security footage shows a person walking near the vehicle minutes earlier, before jumping out, sources said.

This prompted a nighttime search of the river, under stormy skies, by several Marine units, including the FDNY, NYPD and US Coast Guard.

The effort was called off after a few hours, but the search resumed on Tuesday.

On average, four to five NYPD officers commit suicide each year, but in 2019 that number doubled to 10.

Then-commissioner James O’Neill prioritized mental health, making changes like allowing officers in crisis to keep their badges even when handing over their firearms to de-stigmatize requests for assistance.

Cohn is the fourth this year to take his own life.