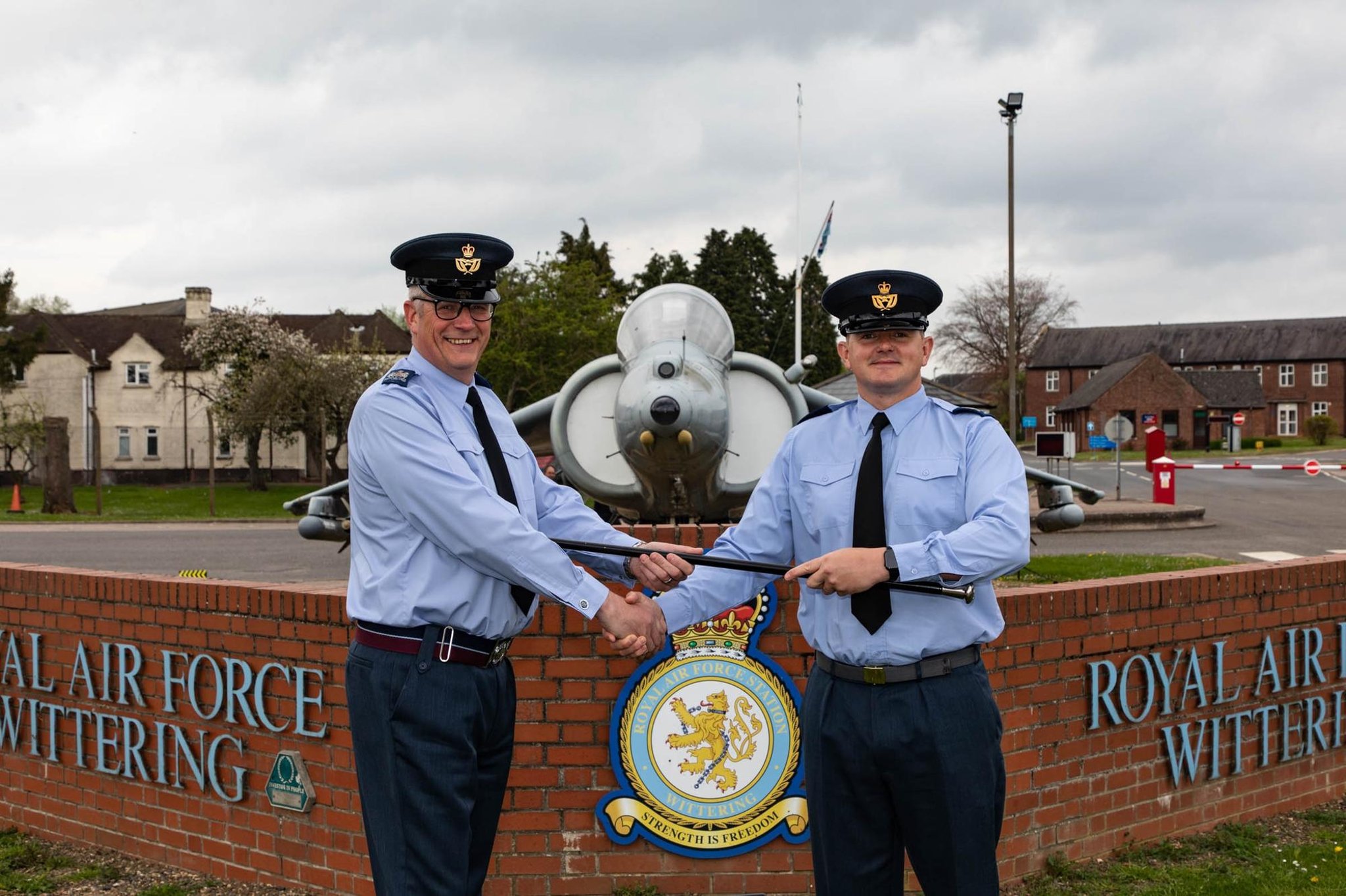 A new station warrant officer has been appointed at RAF Wittering – with discipline and standards on his agenda.

Originally from Yorkshire, Warrant Officer Darren Rose joined the RAF under the Youth Training Scheme in 1987 as a 16-year-old Chief Trainee. It’s a career that has had many highlights, including in 2012 when, as a sergeant, he was part of the team that fed the military during the London Olympics.

Prior to becoming a Station Warrant Officer (SWO), Mr. Rose was a Squadron Warrant Officer for No. 3 Mobile Catering Squadron (3MCS). He said: “3MCS is the pinnacle of a career for anyone working in RAF catering. It’s the challenge and availability of range in what you do that makes it the job of chefs and stewards.

Responsible for maintaining discipline and standards, an SWO is the eyes and ears of the station commander. In addition to their many other duties, post warrant officers also organize and lead official parades in nearby towns.

Darren Rose is, by nature, a soft-spoken man. When asked how he would acclimate to the shouting that comes with leading a parade, he replied, “If only you knew me when I was a chef, I have the ability to turn up the volume. and make things happen when I need it. ”

Mr Rose continued: “Becoming a station warrant officer has always been a professional aspiration, to do this job at RAF Wittering is an honor and I would choose to be the SWO at no other station.”

Wing Commander Jez Case is the Station Commander at RAF Wittering. He said: “I am pleased to welcome Warrant Officer Rose as the new Station Warrant Officer. He brings a wealth of experience and in-depth knowledge of RAF Wittering and I know his dedication and hard work will benefit the station and the local community.