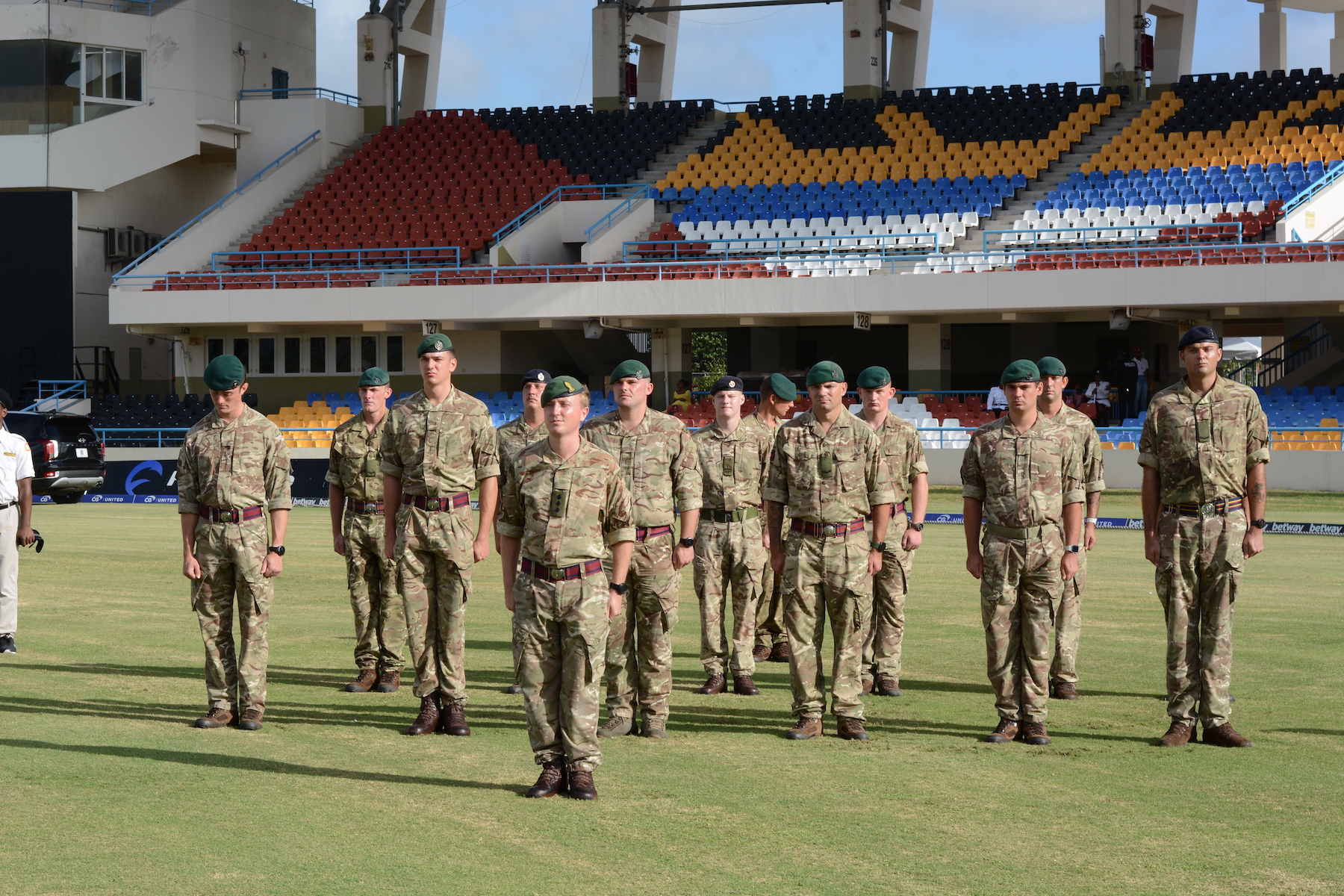 By Robert A Emmanuel

Rookie soldiers from the Antigua and Barbuda Defense Force (ABDF) were tested to their limits this week as a team of visiting British Army commandos shared their skills and knowledge in the field ABDF training ground on the Crabb Peninsula.

The crew deployed with the Royal Navy ship HMS Medway for the Atlantic hurricane season and have been in Antigua since October 20.

Media observers spoke to some of the recruits who shared their personal experiences during the training exercise.

“Training has been fun the past few days, pushing your body to its limits…I’ve learned a lot of new things,” said former All Saints High School Rookie Michael Marcelin, who added that his dream was to become a pilot.

“From an early age, I always wanted [to join the Coast Guard. My family has a background in law enforcement, and I have always wanted to follow,” he added.

Meanwhile, one of the few female recruit in the group, Yanicka Joseph, stated that “as a female joining the Army to get more military experience, to better myself and my child, I [see] this as a springboard to pursue my career.

While encouraging other women to join the ABDF, she added: “When I came here [the Defence Force’s training ground]I [did] don’t know how to do a push-up. I can actually do [many] pumps now; what we see as punishment, they are actually trying to build us up. Do not doubt yourself; if the man can do it, we can do it as women, stay strong,” she advised young women who might be interested in becoming members of the typically male-dominated field.

The watching media also spoke to captain Seb Cooke about the visiting squad of the roster.

“They’ve just finished their practice and theory phase…learning the basic skills on the pitch. So we are here to help them put that into practice,” he said, adding that more practical drills will be given to recruits.

The Visiting Team also helped replace a roof in the Care Project building at the former Holberton Hospital complex and participated in the ceremonial parade during Twin Island 41.st anniversary of Independence celebrations on November 1st.