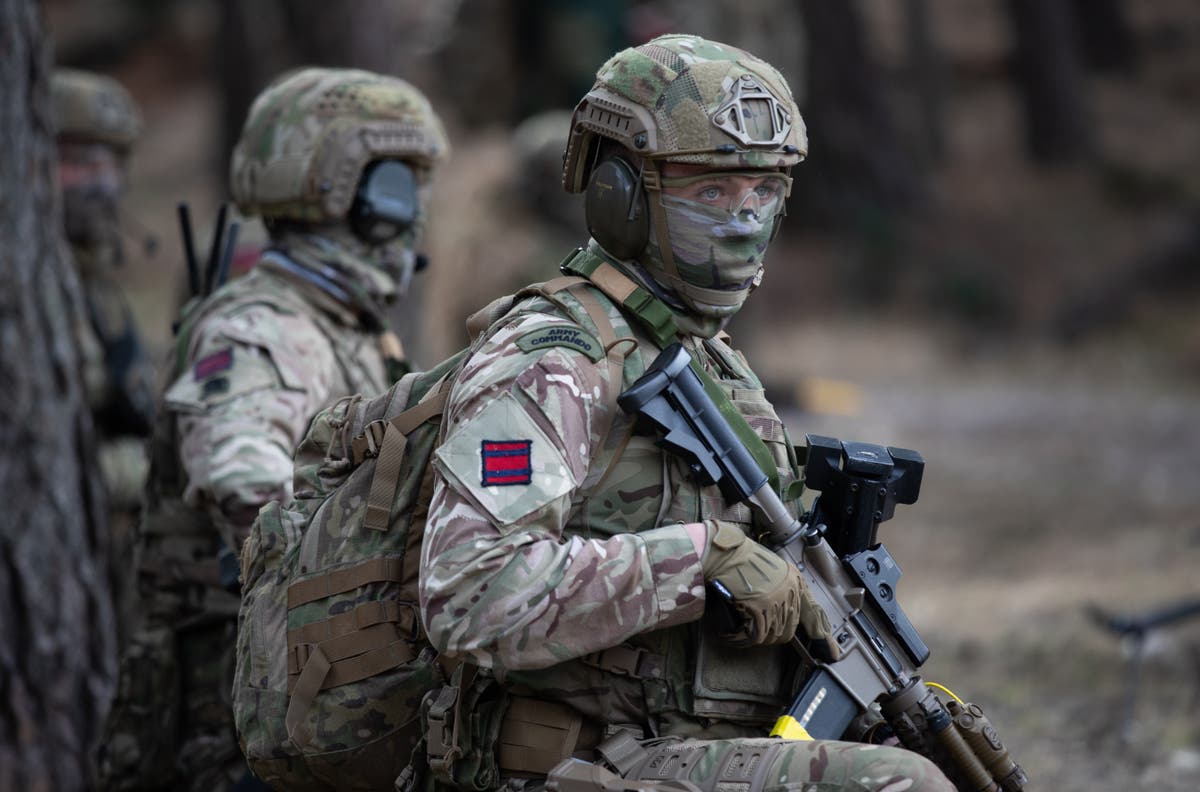 The UK is fully equipped to wage war against Russia in the event of a NATO attack, a senior army officer has said.

Air Marshal Richard Knighton, deputy chief of the defense staff, dismissed claims by one of his predecessors, General Sir Richard Barrons, that “NATO is not ready “.

On April 19, General Barrons told the House of Commons Defense Committee that NATO “would have a call to make” if Russia attacked members of the alliance, adding: “And that call would be more easy if we had made preparations to act in these circumstances with the required speed, and we did not.

But AM Knighton told the same committee on Tuesday that NATO’s mission was “to deter attack” and that Russia was “learning a lesson about the cost of invasion” in Ukraine.

Asked directly by Tory MP Richard Drax whether the UK had enough equipment and ammunition to fight Russia for more than a week, AM Knighton replied: “Yes”.

He said: “General Barrons has been a renowned commentator on these issues since his retirement.

“The scenarios we work on are many and varied, but if you ask if NATO has the capability to blunt a Russian attack, yes it does.”

However, he said he was unable to comment on claims by a retired US general that a joint exercise with the US military in 2021 saw British forces run out of ammunition within a week during of a simulated Russian invasion.

AM Knighton confirmed that some stocks of equipment had been increased following Russia’s invasion of Ukraine, but others had been depleted by the decision to send weapons to kyiv.

The committee received a less direct answer to Chairman Tobias Ellwood’s question about what success in Ukraine looked like.

Mr Ellwood had posed the same question to Defense Secretary Ben Wallace in the House of Commons on Monday. Mr Wallace said Putin “must fail”, but that meant “as much a matter of Ukraine’s choice as anyone else’s”.

Defense Ministry Permanent Secretary David Williams gave a similar response on Tuesday, who said it was “a fluid question.”

Mr Ellwood said: ‘I encourage the Ministry of Defence, through NATO, the Secretary of Defence, to establish and confirm what mission success looks like because that then determines the equipment you stack.

“This is increasingly a proxy war that will spread beyond Ukraine if part of Ukraine remains in Russian hands and these are the difficult questions to be answered, potentially by Madrid during the NATO summit.”