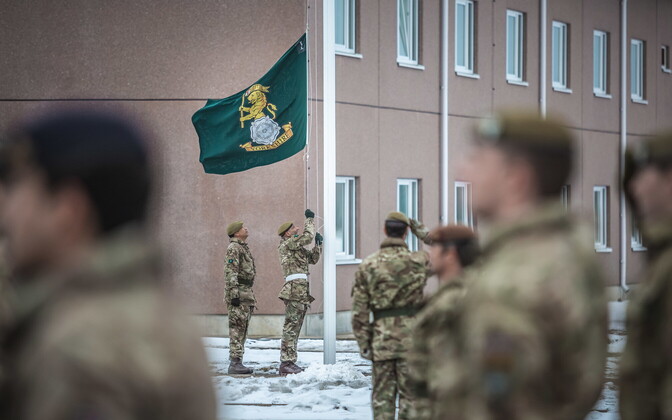 The UK leads the Estonian Enhanced Forward Presence (eFP) battlegroup with around 850 troops stationed in Estonia alongside French, Danish and Icelandic forces, bringing the total to almost 1,200.

The UK generally rotates its battle group troops every six months in March and September. This time, the new battlegroup is expected to arrive a little earlier and the outgoing group to leave a little later, meaning that two rotations would have to be temporarily stationed in Estonia for “a few months”. This will bring the number of British troops in Estonia to almost 1,700 during this period.

“Our plan is for the first soldiers to arrive this month – in February,” UK Ambassador to Estonia Ross Allen said on Friday.

The troops will come to Estonia from Germany. “And they’re getting ready right now. And that’s about 850 soldiers, like the battle group we already have in Estonia,” he said.

The reinforced battle group will remain in Estonia for the annual spring military exercise “Siil”, but it is unclear for how long.

“It depends. But maybe two or three months. […] It will depend on the seriousness of the security situation in our region in the future,” the ambassador said.

“When the eFP battle group is changed, we will have and always have had more than 2,000 people at a time. Some will be in the barracks and some will be in the reception area,” Herem told the news program. ETV evening program “Aktuaalne kaamera”.

Talks have been taking place for several weeks to send more troops to Estonia as tensions rise with Russia over Ukraine and last month the British Prime Minister said there were plans to double the number.

The UK is not the only NATO country strengthening the region. Denmark and the United States sent additional fighter jets to Lithuania and Estonia. Denmark and the Netherlands also sent warships to the Baltic Sea.