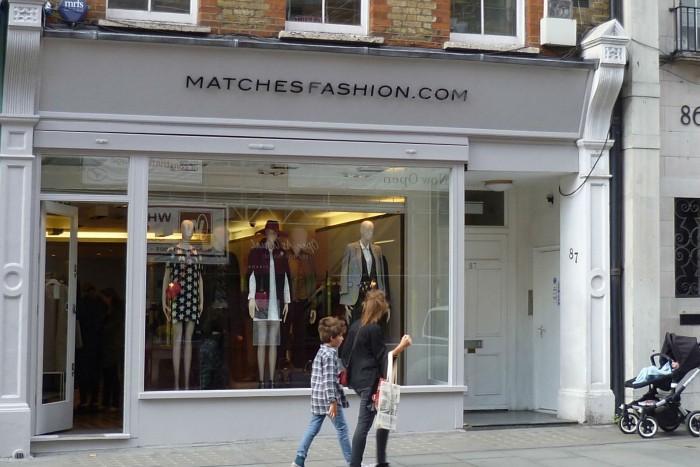 // In addition to Farfetch, Hill has held executive positions at major retailers such as John Lewis and Asos.

Hill joins the role of Senior Vice President (SVP) of Logistics at Farfetch for four years. He will take up his new post in September this year.

He has 25 years of experience in logistics management positions within fashion, retail and logistics companies.

In addition to Farfetch, Hill has held senior roles at major retailers such as John Lewis and Asos, where he worked closely with new Matchesfashion managing director Nick Beighton.

Beighton will replace Paolo De Cesare, who joined Matchesfashion less than a year ago.

Beighton stepped down as CEO of online fast fashion giant Asos last year after more than a decade, having turned the platform into a £4billion operation.

Hill said: “I am thrilled to join a truly authentic leader in luxury fashion. For so long, the company has challenged luxury retail norms and pioneered creative retail experiences. I look forward to joining the outstanding team, now led by my former boss and mentor Nick Beighton, and bringing the company’s unique proposition to even more customers around the world.

Beighton added: “Having worked with Stuart at ASOS, I have seen firsthand the operational impact he can have on a business. As the founder of two successful logistics companies, Stuart will also bring an invaluable spirit of business at MATCHESFASHION, helping it stay nimble, innovative and customer-centric.

“I’m sure we will all benefit from his insight into the industry and his extensive experience in e-commerce, global logistics and retail. I look forward to reuniting with Stuart and beginning to work with the exceptional extended team. , including our new Chief Financial Officer, Dave Murray.