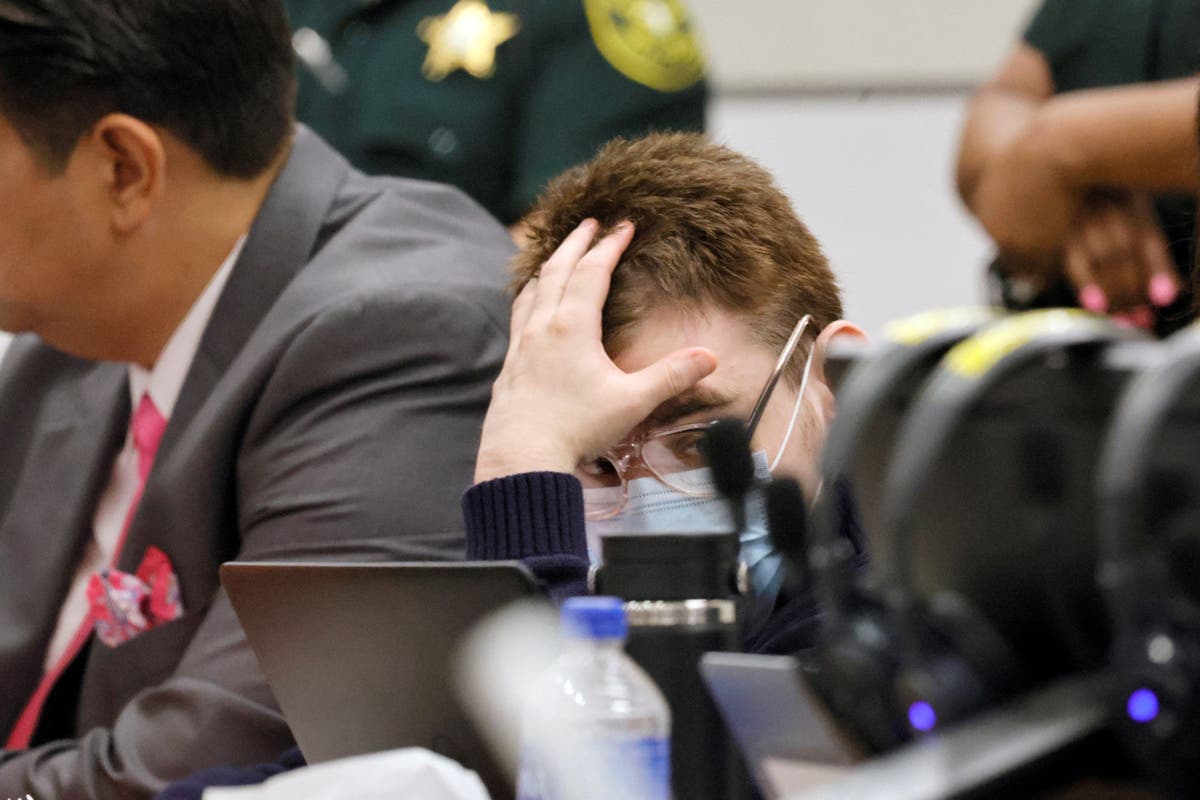 Nikolas Cruz, the man convicted of shooting dead 17 people and injuring 17 others at Marjory Stoneman Douglas High School in Parkland, Florida on February 14, 2018, faces the penalty phase of the trial for his crimes .

A former student of the school, Cruz was 19 when he took part in a shooting in what turned out to be one of the deadliest school massacres in US history. He then surrendered to police and pleaded guilty to 17 counts of first degree murder and 17 of attempted murder.

Cruz was part of the school’s air rifle team that was expelled due to his disciplinary record. He had arrived at the school with a legally purchased AR-15 style semi-automatic rifle and murdered 14 students and three staff, wounding 17 others. The shooting sparked a nationwide protest demanding tougher gun control measures.

While prosecutors are asking for the death penalty for Cruz, his lawyers are hoping for a life sentence.

What must the jury decide:

The decision of the jury must be unanimous to impose the death penalty on him.

The trial is expected to last four to six months with the testimony of up to 2,000 witnesses reliving what was one of the deadliest high school shootings in US history.

Judge Elizabeth Scherer told the courtroom that there would be no more witnesses on Friday before the lunch break, as the defense and prosecution wrestled with some legal issues.

She made the announcement as the court returned from morning recess after more than 30 minutes – more than double the scheduled 15-minute break.

The judge told the courtroom that the rest of the morning session would be on hiatus while she settled some legal matters.

Members of the public were told they could stay in court while lawyers went to the sidebar or they were asked to leave and return after the 1:30 p.m. ET lunch break.

The families of the victims left the courtroom as Cruz was seen turning around and talking to his legal team.

The court takes a 15-minute break

The court takes a 15-minute break.

Graphic testimony of when the victims were located inside the school

Graphic testimony was heard in court describing the times officers found the victims of the mass shooting inside the school building.

A Coral Springs detective spoke up and described how he arrived on the campus of Marjory Stoneman Douglas High School around 2:42 p.m.

He first entered Building 1200 from the east side before being directed by fellow officers to the west side.

When he reached the third floor of the building, he found the shooter’s vest with his rifle placed on it.

He then saw the body of 14-year-old freshman Jaime Guttenberg to his left.

The officer described how he checked Jaime’s pulse and vital signs, but discovered she was already dead.

Jaime’s father, Fred Guttenberg, wiped the tears from his eyes and looked down as he listened to the officer’s testimony about his daughter. He was seen being comforted by others in the gallery.

The officer then said he found the body of 17-year-old Joaquin Oliver in the alcove of the men’s room.

The officer told the court how he had to move the boy’s lifeless body out of the doorway so he could check to see if anyone was inside the toilet.

During the officer’s testimony, murderer Nikolas Cruz sat with his head in his hands.

Next on the stand was Broward Sheriff’s Office Sergeant Richard Vanderees.

Sgt Vanderees testified that he heard of a “possible shooting” at the high school on February 14, 2018 and immediately went to the scene.

He said he headed straight for Building 1200, entering through the double doors on the east side.

Upon entering the building, he saw “a dead child on the floor and smoke and dust in the air”.

Sergeant Vanderees and other law enforcement officers evacuated the students from one of the upstairs rooms and he then ascended the stairs to the third floor.

“We looked halfway and there was a kid at the other end,” he said.

“He was trying to raise his hand and trying to say something,” he said.

He said he and his fellow officers grabbed the boy – identified as Anthony Borges – and took him to a doctor.

Upon his return, he found two victims – Cara Loughran and Meadow Pollack – in the alcove of the bathroom door. The officer identified the two victims in photos from the scene.

Captain Mazzei told the court that he responded to Marjory Stoneman Douglas High School on February 14, 2018 and approached Building 1200 where Cruz carried out his attack.

Other officers were already there.

As he approached the west stairwell doors, he came across the body of victim Aaron Feis lying on the floor.

Captain Mazzei said he checked his vital signs, but Feis was already dead.

The officer then – believing the shooter was still inside the building – entered the school building, he said.

Upon entering the building, he came across a second victim – Chris Hixon.

Captain Mazzei identified the bodies of the victims in photos presented in court.

First witness called to the stand

The jury is now seated and the first witness of the fifth day is called to the stand.

A Channel 10 reporter told the judge that the outlet did not identify the jurors by name, but detailed their location in the jury box and information about them as individuals, such as their employment.

The judge said that while the names of the jurors were not published, the outlet did not violate court rules by identifying them. However, she said the outlet’s actions were “not within the spirit of the deal.”

The defense asked the judge to prevent witnesses from identifying Nikolas Cruz in the courtroom.

Cruz’s attorney raised the objection before the jury was brought into the courtroom Friday morning. He pleaded guilty to committing the crimes, so “that’s not a problem,” she said.

His legal team said pointing out Cruz was irrelevant to the aggravating circumstances at the center of the sentencing trial, which are the basis of the jury’s decision whether or not to sentence him to death or death. life imprisonment.

The judge denied the defense request, saying she would allow witnesses to identify him “in a limited way”.

During the fourth day of the trial on Thursday, several witnesses were asked by the state to identify the shooter, each time drawing objections from the defense.

Family members of the victims of the Parkland Massacre have arrived in court.

The jury is expected to enter soon for the fifth day of the sentencing trial.