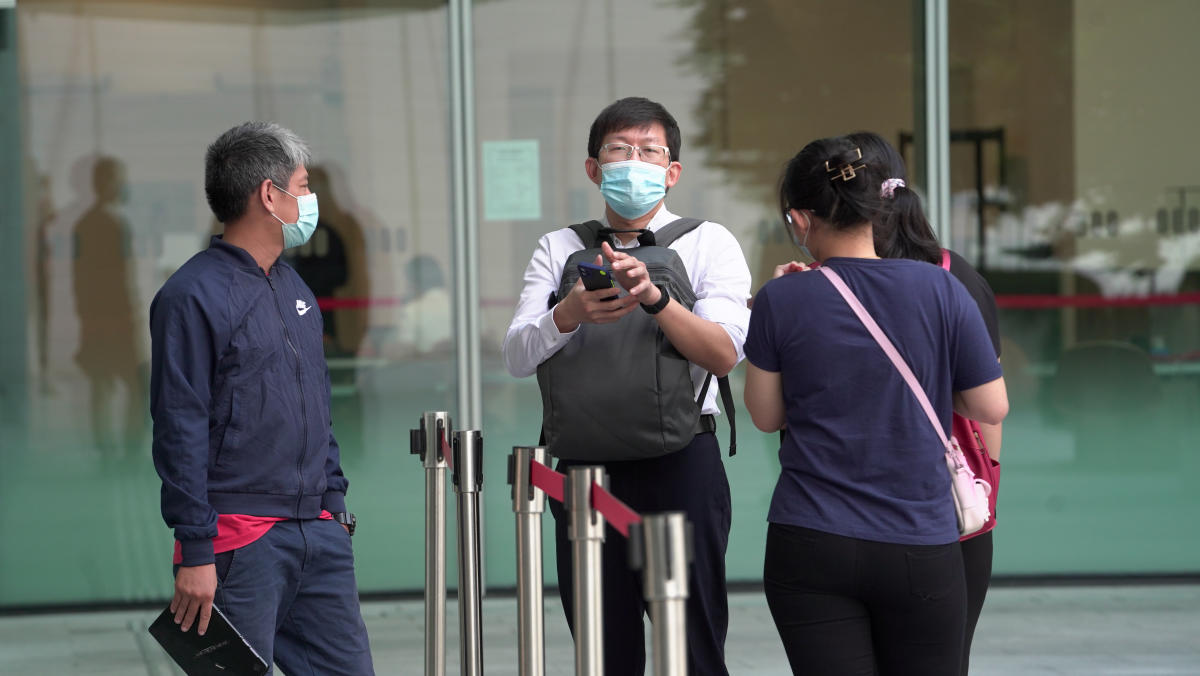 SINGAPORE — While sitting on the toilet bowl at HarbourFront Centre, an auxiliary policeman who was playing with his revolver pulled the trigger and fired a bullet into the ground.

Goh Ze Lin, who has since been fired, was jailed for nine weeks on Friday March 11 after pleading guilty to committing a reckless act that endangered his life and the lives of others.

The 37-year-old Malaysian national was deployed by Certis Cisco to the Harbourfront Center OCBC branch for security duties on January 8 last year. As part of his job, he received a Taurus 85 revolver with five real 0.38-inch cartridges, as well as five spare cartridges in a quick loader.

The weapon had a range of 46m and was potentially lethal if unloaded. Goh, a corporal, was trained and certified to handle and use the revolver and knew that officers were not to draw or use their revolvers without threat.

At approximately 11:43 a.m., Goh left his duty station to go to a men’s restroom on the second floor of HarbourFront Centre. He entered one of the cabins, closed the door. He then removed his utility belt containing the loaded revolver, placing it on the floor in front of the toilet bowl.

As he sat on the toilet bowl, Goh, who was stressed about his finances, pulled the loaded gun out of its holster and fiddled with it. The accused did not pay attention to whether there were other people in the toilet and could not see if there was anyone outside since he was in the cabin.

As he pondered his financial troubles, Goh pulled the trigger, discharging a single shot from the revolver as he was pointed downward.

The discharged ball hit the ground and caused a small indentation on a tile. No one was hurt in the incident and Goh sheathed the gun after relieving himself.

A few minutes later, Goh contacted the Certis Command Center about the incident and notified a Certis Cisco operations manager. He was told to stay in the restroom until police arrived, whom Certis Cisco staff had contacted. Officers who arrived at the scene found Goh still inside the toilet.

The revolver used by Goh was examined by the police weapons branch and found to be in good working order. A report also revealed that Goh deliberately fired the revolver with sufficient pressure and/or cocked the hammer to discharge the actual bullet.

On January 9 last year, Goh was examined at the Mental Health Institute and assessed as having a “transient situational reaction”. No mental disorder was diagnosed in him at the material time.

Goh’s attorney, Riko Isaac, asked for four weeks in jail, saying the potential harm was low and no real harm was done, as no one was hurt.

He said Goh was currently working as a storekeeper to support his daily expenses and was unlikely to be allowed to stay in Singapore after being sentenced.

District Judge Victor Yeo said Goh, as an auxiliary police officer, should have been aware of the danger and risk of discharging a firearm. He noted that Goh had absolutely no reason to fire or use the gun in the enclosed space in public.