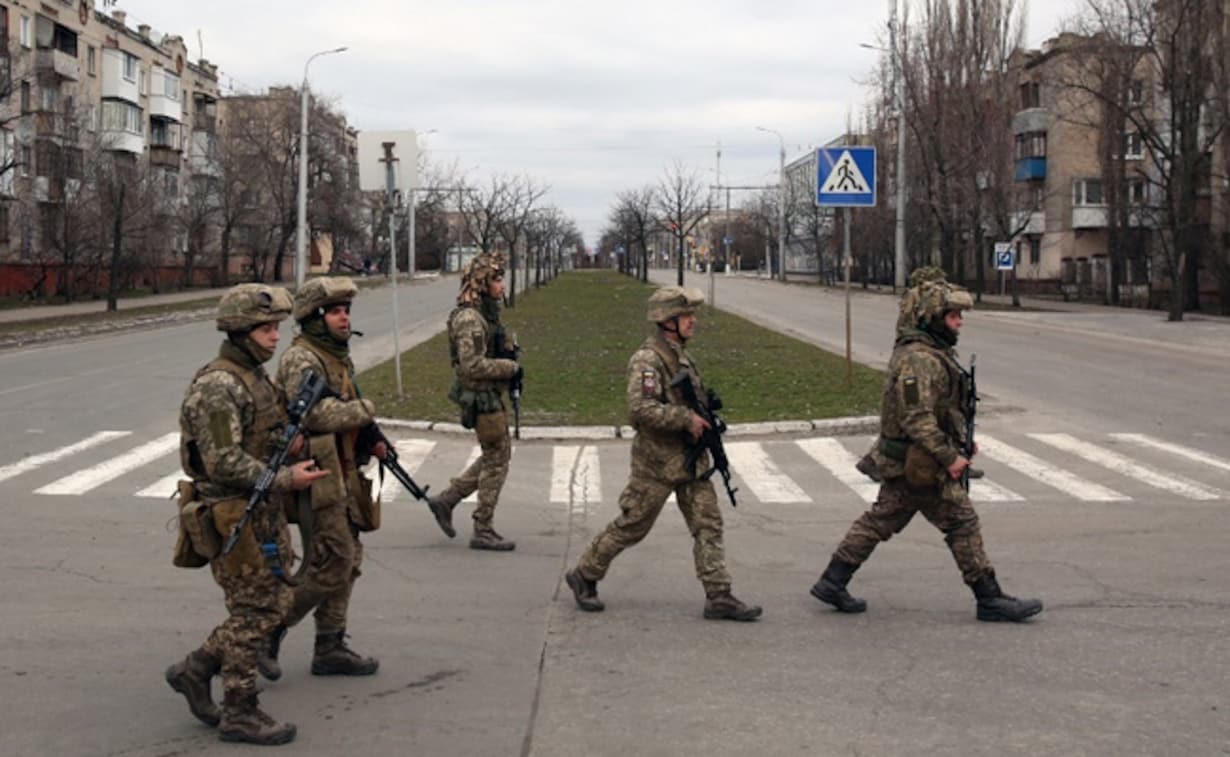 London: Soldiers with British accents have been filmed fighting in Ukrainian colors as the country makes dramatic advances against Russian forces, the Daily Mail has reported.

The country’s advances took the Kremlin by surprise, with intelligence experts hailing a “major turning point” in the six-month war, Daily Mail reported.

This led to the recapture of several key towns in the east as Vladimir Putin’s forces fled in disarray from a collapsing front line.

In a compilation of footage uploaded to social media, soldiers with British accents can be heard talking to each other while wearing blue armbands to identify themselves as Ukrainian forces.

One clip appears to show soldiers moving POWs through a compound, while others show soldiers throwing grenades, running for cover and climbing through windows.

Ukraine said its forces this month recaptured more than 3,000 square kilometers from Russian troops in a counteroffensive focused on the northeast of the country.

Ukrainian General Valeriy Zaluzhny said in a statement on social media: “Since the beginning of September, more than 3,000 square kilometers have been returned to Ukrainian control.”

“Around Kharkiv, we started moving not only south and east but also north. We are 50 kilometers (31 miles) from the border.

The speed of Ukraine’s advance, with photographs shared by Kyiv officials of their troops raising the Ukrainian flag in liberated towns after advancing more than 30 miles, has sparked open discussions in Moscow over the fact that their invasion will end in humiliating defeat, Daily Mail reported.