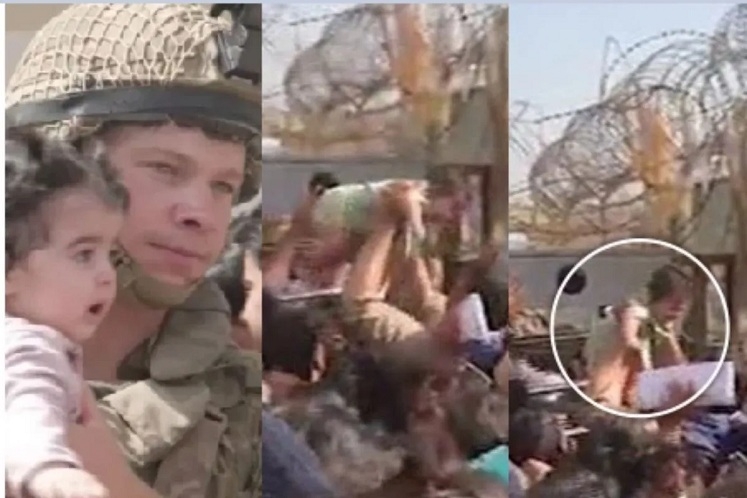 KABUL Airport has become a picture of chaos and despair after the fall of Afghanistan to the Taliban. According to Sky News reports, in a heartbreaking incident, desperate Afghan women were seen throwing their babies on the razor wire at Kabul airport. A senior British officer told Sky News’s Stuart Ramsay they can hear the sound of screams, the sound of despair as thousands flock to Kabul airport which will be, for some, the gateway to freedom – and for many others, the end of a dream of escaping the Taliban. “It was terrible, women were throwing their babies over the razor wire, asking British soldiers to take them, some got caught in the wire,” he told Ramsay.

The Sky News report said that day and night families – often with children – risked their lives, avoiding gunfire at the gates on the civilian side of the airport; aggressive passing Taliban who beat and harass them. On either side of a narrow road, inside the walls of the Kabul airport compound, exhausted British soldiers lie in the shade waiting their turn to return outside in the chaos. As each day passes, the relief operation becomes more urgent and desperate, as the British military attempts to move thousands of people out of Afghanistan in just a matter of days. It is a humanitarian mission in what looks like a war zone, the Taliban are only a yard away from British soldiers, Sky News reported.

November 18, 2021
Nine British soldiers who lost their lives in World War I will finally be laid to rest today with full military honors