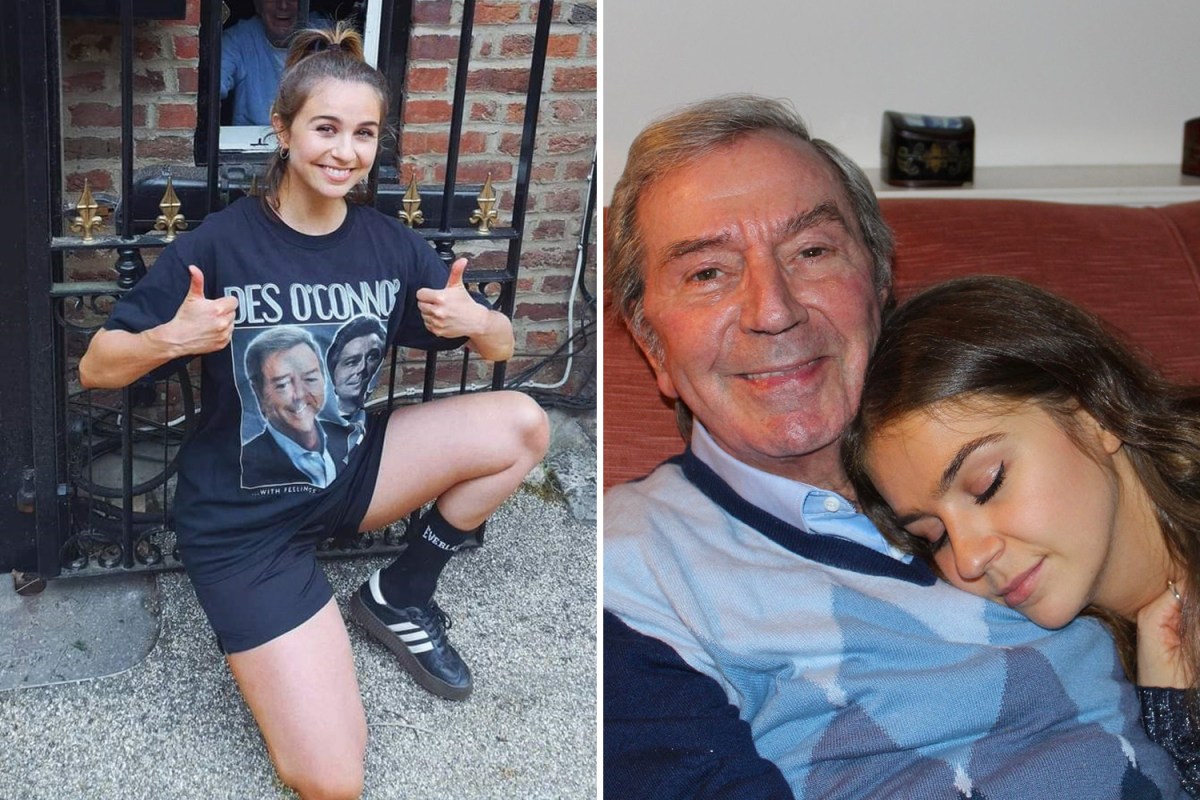 DES O’Connor’s daughter has revealed she was sexually harassed by a Met Police officer after she was assaulted – and the cop kept her job.

Kristina O’Connor, 33, says she was called ‘incredibly hot’ by Detective Chief Inspector James Mason after she was attacked by several men who left her with a black eye as they were trying to steal his phone, The Sunday Times reports.

Kristina, a musician, claims that instead of focusing on investigating the incident, Mason bombarded her with emails saying he was as “committed in my pursuit of criminals as I am of beautiful women”.

He also wrote from his police email account that rejecting advances made by an officer was “frowned upon”.

James invited her to dinner, she said, and struck up a conversation about her love life.

She launched legal action against the Metropolitan Police after the 2011 incident, which she reported in 2020.

She said: ‘By speaking out now, I want to encourage more women to speak out about their negative experiences with the police.

“It’s tough and it takes courage, I know, but if enough women speak out, the Met won’t be able to dismiss them as ‘ones’.

“I always feel, like many women, that I’m just as likely to be hurt by the policeman answering my call as by a stranger on the street.”

Kristina, from London, says James, who was later appointed as future police commissioner Cressida Dick’s staff officer, “used his position of power and authority as a police officer to abuse me”.

She said: “The first step would be for the Met to recognize that there is a culture of misogyny.

“Even in the tiny minority of cases like mine, where the abuser is brought before a panel, charged and ultimately convicted of misconduct, my experience tells me that he is still protected, that his work is considered more important than my safety and my faith in the police.”

She said “something has to change” after witnessing the “woefully inadequate” process by which the Met is held accountable.

Last year, James was convicted of serious sexually motivated misconduct – but still works for the Met and has retained his rank.

Kristina’s lawyer, Caoilfhionn Gallagher QC, said the investigation into Mason had ‘reduced’ her as a victim and was ‘blind’ to the detective’s alleged ‘sexist misogynist nature’.

A Met spokesperson said: ‘We recognize that there is a need for real change at the Met.

“We are committed to creating an intolerant environment towards those who do not live up to the values ​​and high standards expected of us.

“This work has continued over recent months and will continue with the independent and thorough review conducted by Baroness Casey of Blackstock.

“The review will ask us some tough questions to ensure lasting improvements to the service we provide to all Londoners.”

Victims of crime should have “trust and confidence” that the police will offer professional support, the spokesperson said.

The Met has yet to file an official response to the legal claim, it has been reported.

His father Des was best known as a chat show host and as the presenter of Channel 4’s “Countdown”.

The legendary TV star died peacefully aged 88 in her sleep in 2020 after falling at her home.

“A CONCERN AT THE HIGHEST LEVEL”

Kristina’s claims come as reports of crimes against officers in London or elsewhere in the country over the past decade are gathered for the internal investigation.

It is understood that some of the allegations faced by the officers occurred before they joined the Met, which requires a vetting process.

A source said: ‘There are 30,000 officers at the Met, but the fact that more than 70 of them have faced these allegations has raised concerns at the highest level.

The review follows the murder of 33-year-old Sarah Everard by Met firearms officer Wayne Couzens, who used to expose himself and was nicknamed The Rapist by former colleagues. Couzens, 48, was jailed for life in September.

The Met boss admitted she regularly reviews her performance in her £230,000 role.

Asked if she had thought about her position, Dame Cressida replied: “Yes, I think every few weeks, every few months throughout my tenure. I sat down and reviewed with myself if I was the right person to continue.

His comments were made at a careers conference two weeks ago in front of Westminster students, The Spectator has revealed.

She was forced to issue an apology following the murder of 33-year-old Sarah, who was kidnapped and killed by Met officer Wayne Couzens.

An apology was also issued for sexist and racist conduct to the Charing Cross handle.