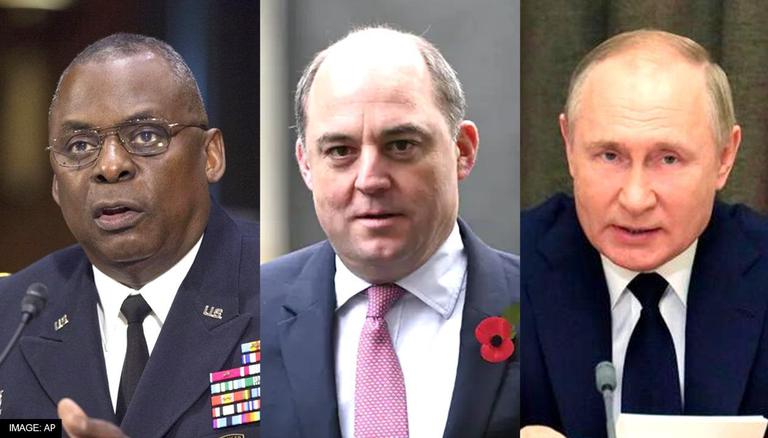 Amid mounting tensions between Kiev and Moscow, US Secretary of Defense Lloyd Austin and his British counterpart Ben Wallace discussed Russian military activity “concerning” near the Ukrainian border. It should be mentioned that Russia has repeatedly denied any intention to invade Ukraine, however, its deployment of more than 100,000 troops to the Ukrainian border has become a major flashpoint in the surge in relations. between Moscow and the West. In the latest development, speaking at a press conference, Pentagon spokesman John Kirby said the US and UK had pledged to support Ukraine and agreed to continue. close coordination on the issue.

Concern over Russia’s military build-up near Ukraine has increased. In recent months, the United States and NATO have raised concerns about Russia’s alleged preparations to invade Ukraine. However, Moscow has repeatedly denied the charges and said Russia has the right to move troops to its territory at its own discretion, while NATO military activity near the Russian border poses a threat to his safety.

Tensions between the West and Russia over Ukraine

Last month, Russia even released proposals for security guarantees to NATO and the United States that aim to prevent further expansion of the alliance eastward and ban the deployment of intermediate American and Russian missiles. and at close range within range of their respective territories, among others. Now, with the aim of discussing the military build-up of Russia around Ukraine, NATO has called an emergency meeting of foreign ministers on Friday, January 7. Russian and American officials are also expected to meet in person in Geneva on January 10 with the aim of discussing the Ukraine crisis. In addition, the NATO-Russia Council meeting is scheduled for January 12 in Brussels.

Moscow has insisted that NATO must never grant membership to the former Soviet Ukraine and must withdraw its forces near the Russian border. The West, for its part, has rejected what it calls an offer by Russia to dictate the future of independent partners. The West has also threatened Moscow with the “high cost” of launching a new incursion into Ukraine. US President Joe Biden has warned his Russian counterpart Vladimir Putin that Washington could impose new sanctions on Moscow if he takes action against the former Soviet nation.