A HAMPSHIRE rock band have announced a new album to raise money for military charities, after splitting up almost 30 years ago.

Sarajevo rose to fame in the early 90s after releasing Tomorrow In The Hands of Yesterday’s Man, the hit album which earned them major tours and airtime from MTV, VH1, BBC Radio Two and BBC Radio One , before going their separate ways in 1993.

During their time together Sarajevo toured with the likes of The Almighty, Ian Hunter, Dr Feelgood, Joan Jett & The Blackhearts and Steve Newman.

Singer Pete Lacey, from Winchester and Jake Findlay from Basingstoke have recorded their new album, The Strength Of The Wolf Is In the Pack, to raise money for a local military charity, Forgotten Veterans UK, as well as Crisis Appeal, in aid to the war in Ukraine.

Pete said: “Sarajevo was such an important part of my life that when an opportunity arose to make another recording, while supporting and honoring those who fought for our freedom, it was without no doubt.

“Then the situation in Ukraine erupted and we knew we had to do something, no matter how small, to help the women, children and families who were in dire need of support.

“People are fighting for the same rights and freedoms that we did in World Wars I and II. The release of our album may not raise the most awareness or money for the causes we have chosen. , but we will do everything we can to support their causes and raise awareness of their plight.”

The album, The Strength Of The Wolf Is In The Pack, is available on Spotify, Apple Music, Tidal, Amazon and CD.

Thanks for reading this story. We really appreciate your support.

Help us continue to bring you all the reliable news from your area by sharing this story or following our Facebook page.

June 29, 2022
The mandates of the main military leaders extended in the face of the Chinese threat and the defense deficit
3 min read 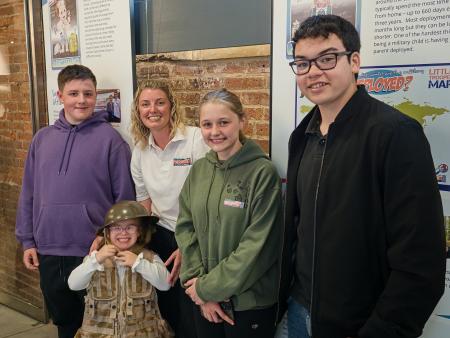