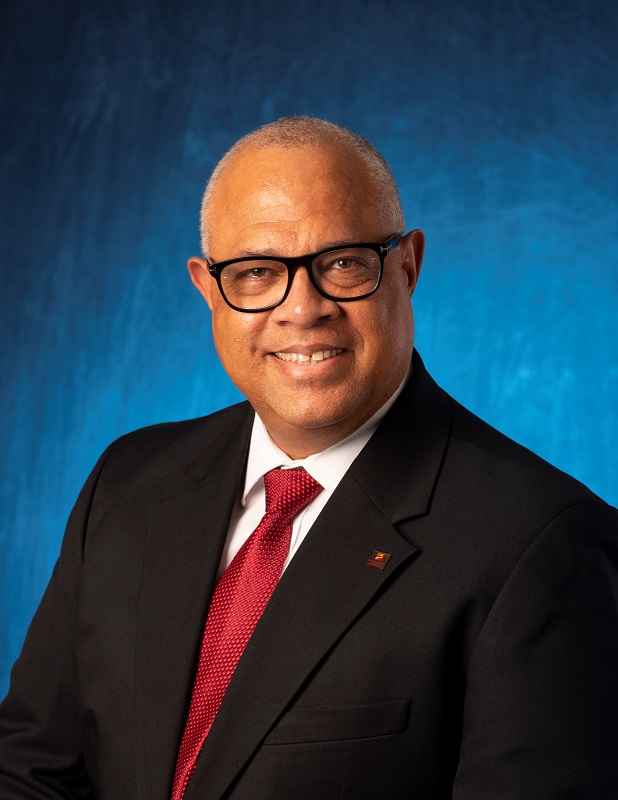 BRIDGETOWN – The Board of FirstCaribbean International Bank Limited (CIBC FirstCaribbean) announced the appointment of Mr. Mark St. Hill as its next CEO, subject to regulatory approval. Mr. St. Hill takes office on November 1, 2022, with the retirement of the bank’s current CEO, Ms. Colette Delaney.

In making the announcement, Chairman of the Board, Mr. David Ritch, said, “We are proud to appoint the first Caribbean national to hold the position of CIBC FirstCaribbean’s Chief executive officer. With Mark taking over as CEO Chair, this is the 4th consecutive appointment of a regional person to a leadership role, reflecting our focus on recognizing and developing regional talent.

He added: “Mark brings 32 years of hands-on and technical banking experience to the role having worked his way into the bank from a ‘cashier’ role. Most recently he led the execution of the strategy of digitization of our bank. He is perfectly positioned to lead the bank in this period of transformation within the financial services industry. Like his predecessor, Colette Delaney, he masters one of the pillars of our strategy: developing relationships, whether with our customers, our employees or our suppliers.

Mark St. Hill has served the bank in various positions spanning insurance brokerage, retail banking, corporate banking, credit risk, international banking and wealth management. Mark has also held leadership positions in several Caribbean countries, such as Grenada, British Virgin Islands. and Barbados. In addition, he sits on several boards of directors of the bank’s operating companies and is a trustee of the FirstCaribbean International ComTrust Foundation, the bank’s charitable foundation.

Mark is a Fellow of the British Institute of Chartered Secretaries and Administrators, a graduate of FirstCaribbean Executive Leadership Program with Wharton Business School and recently completed the Master Certificate Program in Financial Services Leadership in collaboration with Schulich School of Business and CIBC. He is also the president of the Barbados Hockey Federation. Mark is married to Simone and is the proud father of three children.

Mark’s appointment comes as the bank prepares to bid farewell to its CEO of the past four years, Ms. Colette Delaney, who took office on November 1, 2018. Ms. Delaney joined CIBC FirstCaribbean in 2013, and among other roles, she served as the Bank’s Chief Risk and Administration Officer. She was appointed Chief Operating Officer effective December 8, 2017 and is a member of CIBC’s Board of Directors FirstCaribbean International bank. She was also chair of the bank’s charity, FirstCaribbean International ComTrust Foundation.

“The appointment of Colette as Chief Executive Officer, the first woman appointed to this position, marked a turning point in the history of the bank. She has brought to her tenure as CEO the steady hand the bank has needed over the past two years as we battle the COVID-19 pandemic and its effects on our region. His ability to reassure both employees and customers of the bank’s stability and support helped ease the concerns of our various stakeholders during a testing period.

Bank subsidiary, FirstCaribbean International Bank (Barbados) Limited, has also stated that it will cease its operations in Dominica on January 31, 2023. The Bank will begin contacting its clients in Dominica in the coming days, to inform them of the deadlines for its withdrawal from Dominica. and customer needs. to be done before the closing date. Ms. Delaney thanked the staff and clients of the Bank in Dominica for their years of loyalty to the Bank.