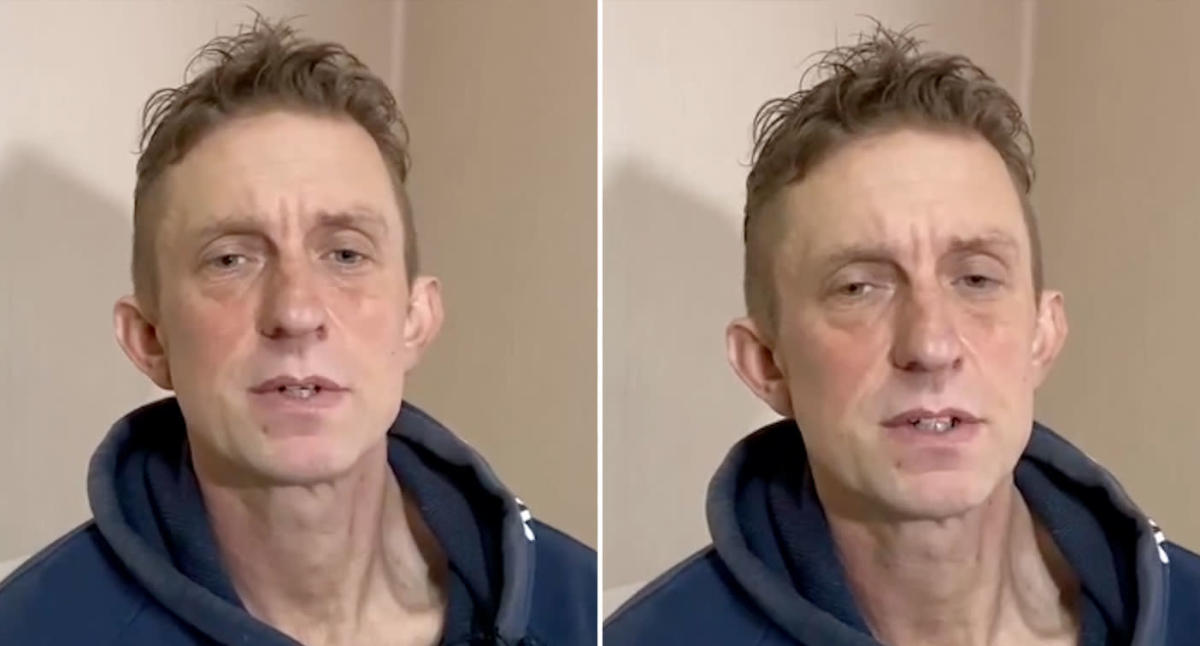 Disturbing images and footage of two British soldiers fighting Russian forces in Ukraine have emerged online after they were taken hostage.

A video showed Sean Pinner, a former soldier in the Royal Anglian Regiment, who had joined the Ukrainian army.

In the video, Mr. Pinner looks exhausted and as if reading a script.

“I was captured in Mariupol. I am part of the Ukrainian Marines of the 1st Battalion of the 36th Brigade,” Pinner said in the video.

“I fought in Mariupol for five to six weeks and now I am in the Donetsk People’s Republic.”

The video was shared by RT News, a Russian public television channel.

A man can be seen telling Mr Pinner he was ‘sent to be killed’ to be portrayed as a hero, adding that he had ‘no chance’ of reaching his intended destination due to the large numbers of Russian troops in the region.

“I had no idea,” Mr. Pinner replies dejectedly.

In an interview with Mail on Sunday in January, Mr Pinner said he was in Ukraine to defend his family and his “adopted town”.

“Russia started this war. It is financed by Russia and led by Russia, but we will fight them, make no mistake about it,” he said.

Last week it was reported that another British national fighting in Ukraine had been captured.

Aiden Aslin, 28, joined the Ukrainian army in 2018 and earlier this year announced plans to buy a house in Ukraine and start a family with his fiancée, The Telegraph reported.

However, British politicians have accused Russia of using a video showing Aslin in handcuffs, with a cut on his forehead for propaganda purposes, which is against the Geneva Convention.

Mr. Aslin and Mr. Pinner were fighting side by side others and Aslin is believed to have surrendered when his battalion ran out of ammunition, The Guardian reported.

The Twitter account @cossackgundi Reportedly owned by Mr Aslin and is now run by his friend, who is advocating for his freedom.

“A better shot of the bashing they gave Aiden,” said a tweet from last week.

“So far they are living what we expected with taped statements. Russian media are taking a victory lap. Perfectly happy for them to do so if it keeps my friend alive.”

British authorities have been in contact with the families of the men, but providing consular assistance or obtaining information about British nationals in Ukraine is limited due to the war.

It appears that the wife of one of Russian President Vladimir Putin’s main allies in Ukraine has pleaded with the families of Mr Pinner and Mr Aslin.

On April 16, the Embassy of the Russian Federation in the United Kingdom of Great Britain and Northern Ireland responded to comments made by Medvedchuk’s wife, Oksana Marchenko, to the families of the British national.

“It is in your power to ask the Prime Minister of your country, Boris Johnson, to influence the Ukrainian leadership and obtain the release of Aiden and Sean by exchanging them for the Ukrainian opponent detained by the authorities in kyiv , my husband Viktor Medvedchuk,” she said according to the embassy.

Do you have a tip for the story? E-mail: [email protected].