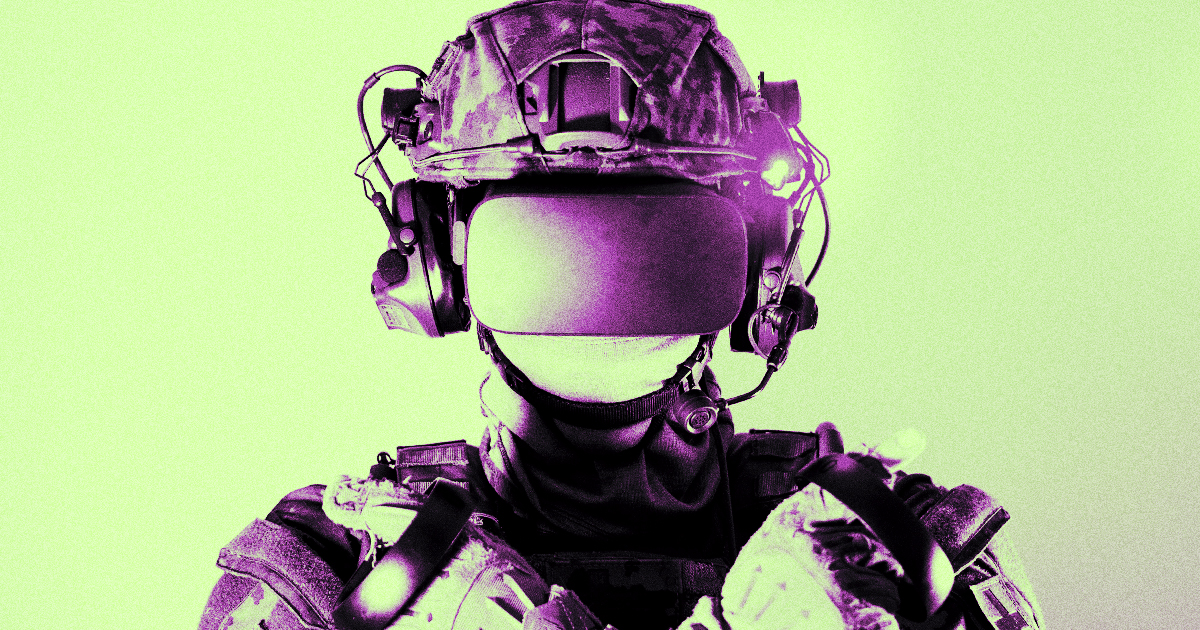 They do military exercises on Oculus headsets.

The British army trains its soldiers and organizes military exercises thanks to a virtual reality simulation.

The simulation felt more like a first-person shooter video game than a serious military engagement, according to a new BBC video, in large part due to the soldiers using off-the-shelf Oculus Rift S headsets and handheld controllers. The simulations, built by the SimCentric company, allow the military to perform exercises or simulate firefights that would be dangerous in real life, seemingly giving soldiers a head start in combat.

In the video, BBC Journalist Zoe Kleinman learns how to use the system, struggling to aim and reload a rifle with the same controllers you might use to play “Beat Saber.”

The simulation, which uses the popular Unreal Engine from the maker of Fortnite Epic Games, looks a lot like shooters that run on the same technology. This allows SimCentric, the BBC reports, to quickly develop specific training scenarios for any exercise the military wishes to perform.

Military VR training has been around for some time – the United States conducted similar training exercises in virtual versions of American cities years ago. But years later, there are still many problems with the system.

As Kleinman notes, however, one of the biggest hurdles was the technology itself. In the video, she says she struggled with things like reloading her gun or controlling her movements. She knew how to do these things on a conceptual level, but struggled because the controls on the Oculus Rift, ultimately, don’t look like a real gun at all.

Would you like to support the adoption of clean energy? Find out how much money (and the planet!) You could save by switching to solar power at UnderstandingSolar.com. By registering through this link, Futurism.com may receive a small commission.