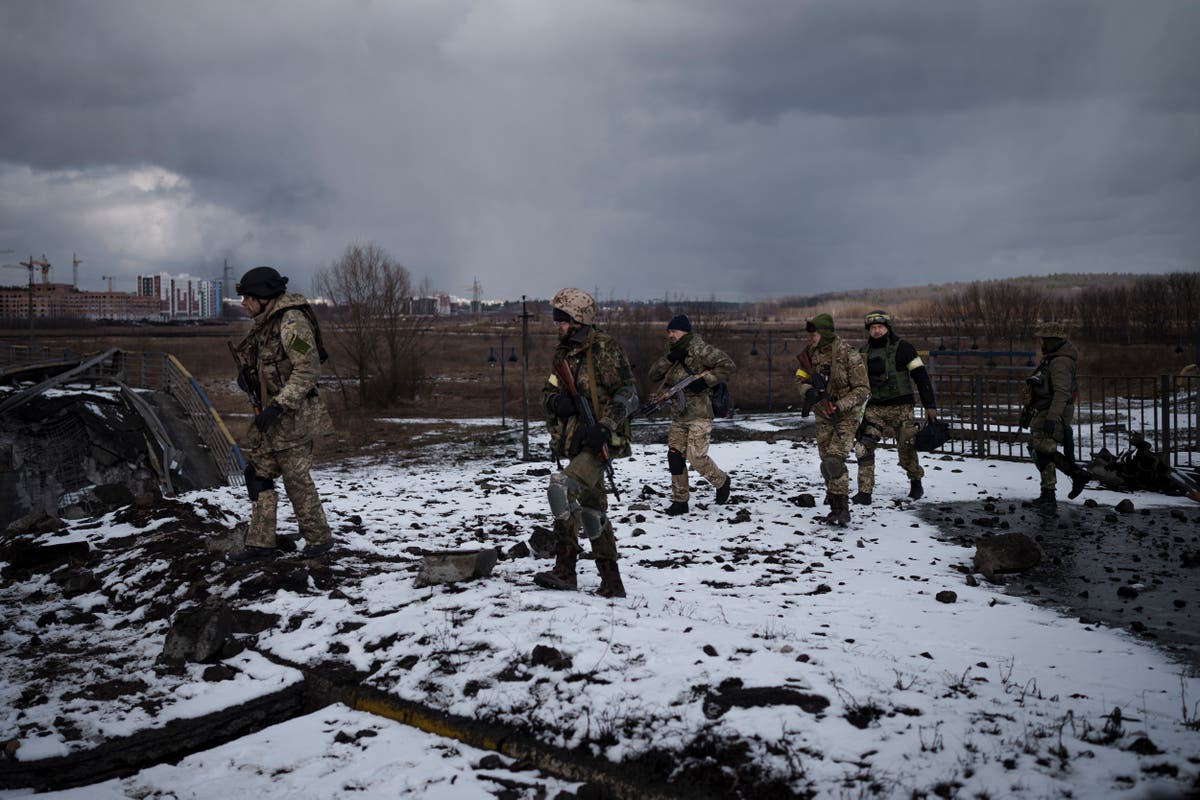 The Ministry of Defense (MoD) said it was aware of “a small number” of soldiers who had “disobeyed orders and were absent without leave, and may have traveled to Ukraine”.

Reports suggest that at least four British servicemen had fled to join the front line in Ukraine.

Among them is a teenage Coldstream Guardsman, who gave up his post protecting the Queen to go to Ukraine, according to The sun.

The 19-year-old left a note for his parents after booking a one-way ticket to Poland, the newspaper said, adding that he planned to cross the border afterwards to join the armed forces in Kyiv.

The BBC said a defense source confirmed the soldier was absent without leave.

The Ministry of Defense declined to comment on individual cases, but a spokesperson said The Independent“We are aware of a small number of soldiers who disobeyed orders and were absent without leave, and who may have traveled to Ukraine on a personal basis. We actively and strongly encourage them to return to the UK.

A spokesperson said all service personnel were banned from traveling to Ukraine until further notice. “This applies whether the service member is on leave or not,” they added, before warning any staff who refuse the order “will face disciplinary and administrative consequences.”

All travel to Ukraine is prohibited on official UK military advice. Military leaders are said to be concerned that, if captured, the soldiers could be used as an excuse by the Kremlin to accuse Britain of going to war.

The advisory states that traveling to Ukraine to fight or to help others engaged in the conflict may be against the law and could result in prosecution.

The UK also has limited consular support in Ukraine and is unlikely to be able to offer assistance to anyone in the country.

It is understood that British defense officials are well aware of the desire of many Britons to help Ukraine after the Russian invasion, but the only support they can provide is defensive in nature.

The UK said it was working with its allies to provide a range of support to Ukraine, including building up that nation’s defense capability.

Ben Wallace, the Defense Secretary, who served in the Scots Guards, has previously urged Britons not to travel to Ukraine to join the fighting as he said the “very dangerous” situation could lead to their deaths.

Mr Wallace said he ‘no more wants to see Britons killed than I want to see Ukrainians’ die after Liz Truss, the Foreign Secretary, earlier said she would ‘absolutely’ support Nationals British who chose to go and help fight the Russian invasion.

“Brits can show their support for this in a number of ways, and the Ukrainian Embassy in London is posting information on how Brits can support this.”

Two weeks of war in Ukraine were marked on Wednesday morning.

Ukraine and the Defense Ministry said the Kremlin’s assault on the capital Kyiv had made no major progress for days and its advances in the rest of the country were slowing. Russia, meanwhile, insists the war is going as planned.