Two British men sentenced to death after fighting for Ukraine against Russia must be freed and returned “without delay”, a British foreign secretary has demanded.

The couple’s ‘so-called trial’ had ‘no legitimacy’, young Foreign Secretary Lord Ahmad told the House of Lords, where he was pressed by the fate of the pair.

Aiden Aslin, 28, from Newark, Nottinghamshire, and Shaun Pinner, 48, from Bedfordshire, were treated as foreign ‘mercenaries’ by pro-Russian authorities in the self-declared Donetsk People’s Republic (DPR) – the one of two Russian separatist puppet states in the Donbass region of eastern Ukraine.

They pronounced the death sentences of the two Britons and a Moroccan for having fought for Ukraine.

Mr. Aslin and Mr. Pinner both lived in Ukraine before the invasion and the British government insisted that, as legitimate members of the Ukrainian armed forces, they should be treated as prisoners of war under the Geneva.

Britons Aiden Aslin, 28, and Shaun Pinner, 48, were treated as foreign “mercenaries” by pro-Russian authorities in the self-proclaimed Donetsk People’s Republic (DPR), who sentenced them to death. Pictured: British citizens Aiden Aslin, left, and Shaun Pinner, right, and Moroccan Saaudun Brahim, center, sit behind bars in a courtroom in Donetsk, in territory under the control of the government of the Donetsk People’s Republic in eastern Ukraine 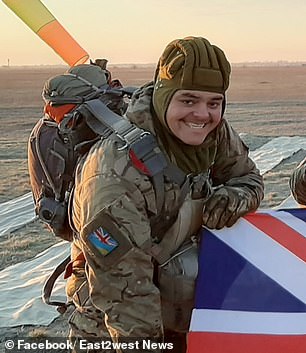 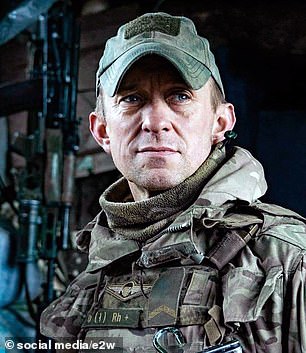 Mr Aslin (left) and Mr Pinner (right) both lived in Ukraine before the invasion and the British government insisted that as legitimate members of the Ukrainian armed forces they should be treated as prisoners of war under the Geneva Convention. 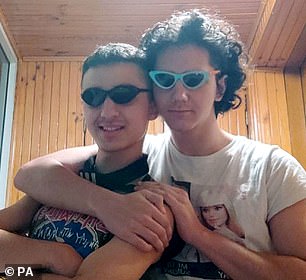 Saaudun Brahim (left), 21, from Casablanca, Morocco, was sentenced to death alongside the two Britons. Pictured: Mr. Brahim with his friend Dmytro Khrabstov (right)

Responding to a question in Westminster, Lord Ahmad said: “The government condemns the sentencing of two British nationals, Aiden Aslin and Shaun Pinner, who are being held by Russian proxies in eastern Ukraine.

“Both are soldiers of the Ukrainian armed forces and therefore prisoners of war, who are entitled to the protection of international humanitarian law (IHL).

The Bishop of St Albans, the Rt Rev Alan Smith, who raised the issue in the Lords, said: ‘What discussions are taking place with our European and American partners to tell Russia that if these executions continue there is will have serious repercussions?

“Furthermore, what advice is being given to the roughly 3,000 British nationals who are currently fighting, many of whom have not joined the official army and therefore fall outside the scope of the Geneva Convention, who are putting themselves at enormous risk s ‘they got caught?’

Lord Ahmad said: “The UK government’s advice has been very, very clear: ‘Do not travel to Ukraine’.

He added: “In terms of our work with other allies and partners, first and foremost we are working very constructively with Ukraine.”

“Detainees are an integral part of the engagement Ukrainians have directly with the Russians. We are very supportive of these efforts. 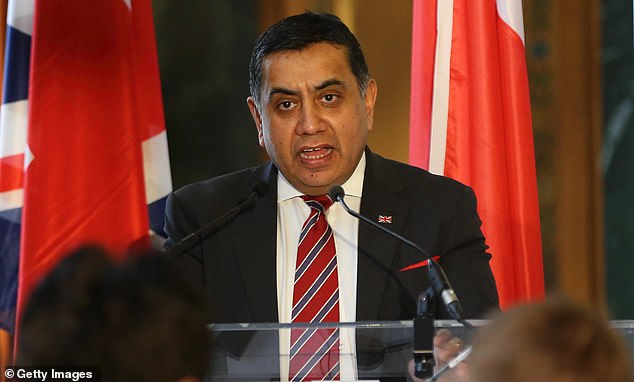 He added: “We have made representations, including directly to the Russian authorities.

“We don’t recognize de facto authorities in occupied parts of Ukraine and I think that’s the right approach.”

Former Labor Defense Secretary Lord Browne of Ladyton has asked the Government whether an inquiry has been opened into former British civil servant and ‘pro-Russian propagandist’ Graham Phillips, who questioned Mr Aslin when he was handcuffed and injured.

Lord Browne said: “With regard to Aiden Aslin, on April 18 Graham Phillips, a former British civil servant and pro-Russian propagandist, released a video interview with him, while he was then a prisoner of war, handcuffed, physically injured and obviously under duress, and extracted an admission from him under these conditions that he was not a Ukrainian soldier, but that he had a different relationship with the war. 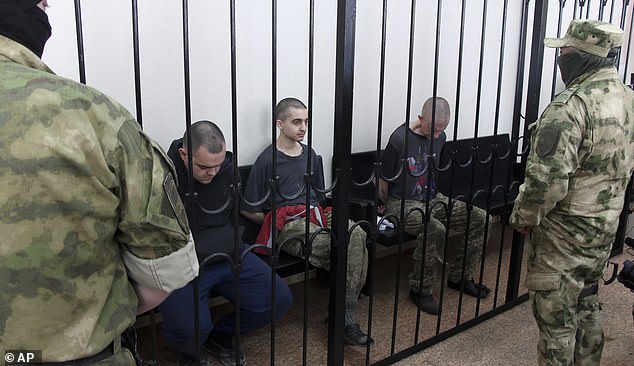 “Prisoners of war cannot be prosecuted for taking a direct part in hostilities. The whole process is about their early release and they must be released and repatriated without delay at the end of hostilities, if not before,” Lord Ahmad told the House of Lords.

“Experts who have studied this video and the circumstances say there is enough evidence to support the idea that it was a violation of the Geneva Convention and its treatment of prisoners of war and that Phillips, a British citizen, faces prosecution for war crimes.

“As he is a British citizen, shouldn’t we investigate further to see if he breached international law and issue a warrant for his arrest.”

Referring to captured Britons, Lord Ahmad said: “Prisoners of war cannot be prosecuted for taking part in direct hostilities. The whole process concerns their early release and they must be released and repatriated without delay at the end of hostilities if not before.

“That’s certainly the case that we’ve made very specifically.

“These situations are extremely sensitive, but we must remind Russia that it has an obligation to ensure that it respects the principles of IHL.”

Pressed on whether there would be an inquiry into Mr Phillips, Lord Ahmad said: ‘I’m not going to comment on the specifics, particularly in the sensitive situation which currently applies to detainees.’