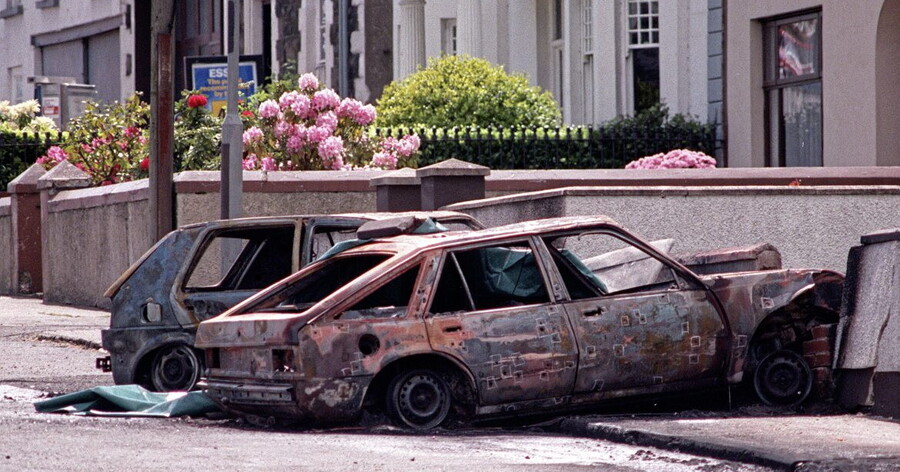 A former RUC man who interviewed British soldiers involved in a suspected killing ambush has confirmed no questions were asked about the planning of the deadly operation.

IRA members Pete Ryan, Lawrence McNally and Tony Doris were shot dead in the village of Coagh in June 1991 in an ambush believed to involve the SAS.

The experienced IRA men were said to have been planning to shoot a UDR member when the ambush was launched.

At an inquest into their deaths at Banbridge yesterday, retired Chief Superintendent Edward James Molloy confirmed he had interviewed several British soldiers involved.

Mr Molloy, who in June 1991 was Chief Inspector in Charge of the Armagh-based Regional Crime Squad and lead investigator, confirmed in court that he had not interviewed any of those interviewed about the planning of the ambush.

The former RUC man later added that he also did not ask about the British Army‘s yellow card – which includes instructions on the rules of engagement.

Mr Molloy’s testimony came after another former RUC officer revealed last week that he had been instructed not to interview British soldiers on the “planning or design” of Coagh’s ambush.

When asked where the leadership came from, retired Detective Superintendent George Samuel Christy referred to the Chief Constable and the RUC Special Branch.

During yesterday’s hearing, Mr Molloy was questioned by Karen Quinlivan KC about a statement made by one of the British soldiers involved in the operation.

He accepted a suggestion from Ms Quinlivan that he understood that “it was not a spontaneous meeting between soldiers and paramilitaries, but it was an operation planned by the soldiers”.

Ms Quinlivan later said, “So once you found out about the plan, that there was a plan, and I know you didn’t know anything about it beforehand, what steps did you take to establish what happened during the briefing?

Mr Molloy replied: ‘It appears I haven’t taken any action, followed up on anything, other than what happened in the shooting incident.

“That’s all I followed in all the interviews, as you can see, my lord.”

Later, Ms. Quinlivan asked the direct question, “Why didn’t you ask a single soldier you interviewed what your plan was on the morning of June 3, 1991?”

Mr. Molloy replied: “My lord, I cannot answer that question, I do not remember.”

“I have to rely on what I recorded at the time.”

Later in the hearing, the coroner, Judge Humphreys, who is also a High Court judge, was told that none of the soldiers questioned had been questioned “how they justified their actions by reference to the cardboard yellow “.

Ms Quinlivan later said: “My question is, can you explain why not a single soldier is reporting multiple shots?

“In other words, ‘why didn’t you give a warning?’

“They could give a really good answer to that, but that’s the kind of question you might ask.

‘Why did you shoot X, Y under these circumstances, why did you fire so many shots’?

“Nothing like that comes up in the questions of any of these soldiers.

“Can you explain why?

Mr. Molloy replied, “I did not ask that question, my lord.

Ms Quinlivan replied: “We all know that, the question is why didn’t you ask that question?”

The former RUC man replied, “I can’t answer that question my lord now, as I said I didn’t ask that question, that’s all I can say.”