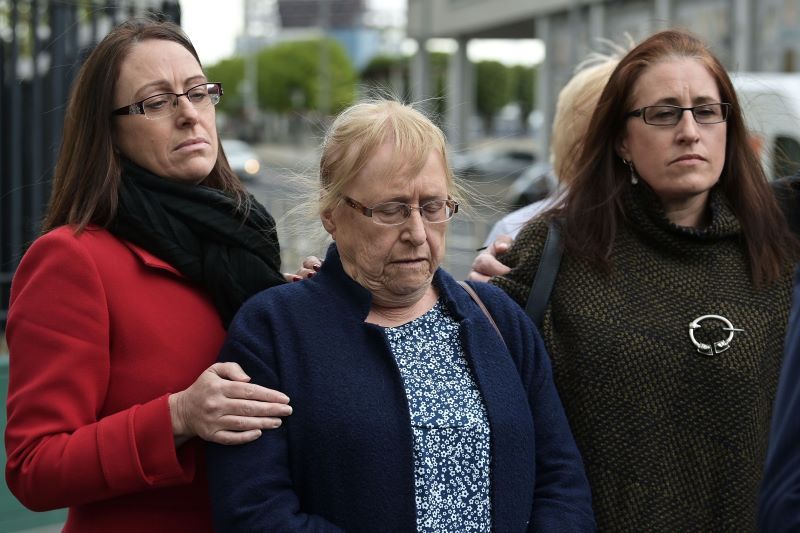 Two former British paratroopers, known only as Privates A and C, were officially found not guilty of the murder of Joe McCann in Belfast in April 1972, just over a week after their trial began.

The case against the two British veterans collapsed when the Public Prosecution Service of Northern Ireland (PPS) chose not to appeal against Presiding Judge O’Hara’s decision last week to release the statements and interviews given by British soldiers inadmissible as evidence.

The PPS said that there was “no ground to appeal a recent trial judge’s ruling that statements made by the two defendants to the Historical Investigations Team (HET) in 2010 were not admissible and therefore could not be used by the prosecution at trial.

“After the loss of this evidence which formed the central basis of the prosecution case, a decision was made not to present any further evidence against the defendants, leading to their acquittal.”

On Tuesday, Judge O’Hara told the defendants that “in the circumstances, Messrs. A and C, I find you expressly not guilty of the charge of murder.”

McCann’s family were disappointed with the acquittal. A declaration issued on behalf of the McCann family via KRW Law in Belfast said: ‘This decision does not acquit the State of the murder.

“This decision does not mean that Joe McCann was not murdered by the British Army.

“This trial heard very clear evidence that Joe McCann was murdered by the British Army.

“He was shot in the back while unarmed, from a distance of 40 yards, posing no threat. It was easier to stop him than to assassinate him.

“He was murdered because the British military operated with impunity for his crimes.”

The statement continued: “Today is not the end of McCann’s journey for justice. They will now ask the current Attorney General to open the investigation during which Privates A and C will be compelled to appear, testify and be cross-examined.

Philip Barden, who represented Privates A and C, noted after the acquittal: “The stress of these proceedings on the soldiers and their families cannot be underestimated.

“This is a prosecution that should never have started. Before initiating the prosecution, the PPS had all the relevant information to conclude that the evidence was clearly inadmissible. Despite this, the prosecution continued.

He added: “I’m asking for an inquest by a senior judge to investigate the decision-making process and to ensure that the decision to prosecute these veterans was not political.”

Deputy Director of Public Prosecutions Michael Agnew noted Tuesday: “Despite today’s outcome, the PPS remains confident that this matter has been properly brought before the courts. The case overcame a number of legal challenges before reaching trial.

He added: “When the full written judgment is available, the SPP will carefully consider whether it has the potential to impact other cases currently before the courts.”

The death of Joe McCann

Official IRA commander Joe McCann, 24 and father of four, was shot dead by British soldiers as he fled a checkpoint after a fight with a Royal Ulster Constabulary police officer (RUC) in the nationalist market district of Belfast on April 15. 1972.

Belfast District Court heard earlier in the short trial that as he lay dying in the street, McCann, who at the time of his death was on the RUC’s most wanted list, told soldiers: “You put me down, I don’t have a gun.”

McCann’s death sparked days of rioting in Belfast and his funeral was attended by thousands.