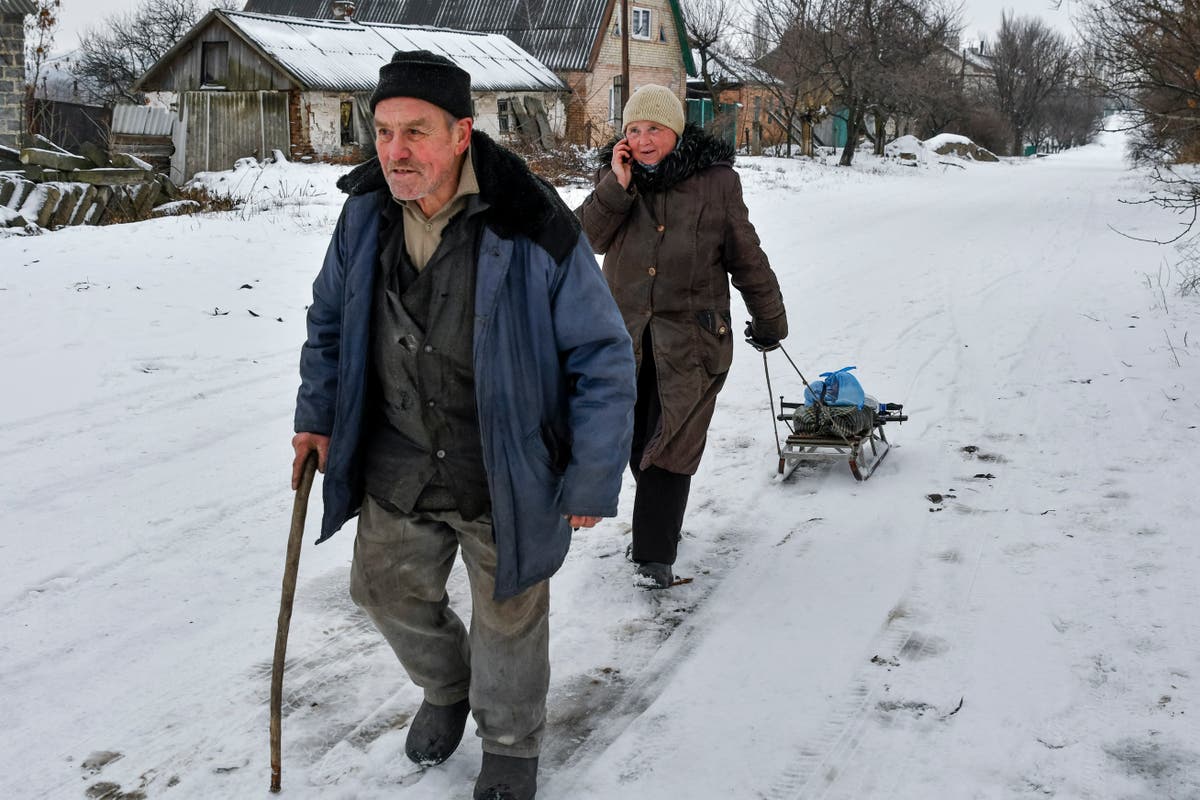 The foreign secretary said a situation in which British soldiers would fight alongside Ukrainians against Russia is “highly unlikely”.

Liz Truss described how the UK offered support to Ukraine through intelligence, cyber support and defensive weapons, but confirmed the fight would not take place.

His comments echoed those of NATO Secretary General Jens Stoltenberg, who said NATO had “no plans” to deploy NATO combat troops to Ukraine.

It comes as Prime Minister Boris Johnson plans to double the number of troops deployed to reinforce Europe’s borders.

No 10 said he could send defensive weapons to Estonia while fast jets, warships and military specialists could be sent to protect NATO allies.

The offer will be finalized by British and NATO officials in Brussels next week, while ministers discuss military options on Monday.

Ms Truss was asked on the BBC’s Sunday morning show if she could rule out a scenario with British soldiers ‘in the field’.

She said: “It’s highly unlikely…and the Secretary of Defense has been clear about that.”

Asked if there is a scenario where “British soldiers are fighting with Ukrainians” against Russian troops, she said: “It is very unlikely.

She added that new legislation announced this week will expand current sanctions so “there is nowhere for Putin’s oligarchs to hide.”

Later, Mr. Stoltenberg highlighted the difference between NATO allies and partners when it comes to protecting countries against specific threats.

He told the Sunday Morning show: “For all NATO allies, we provide 100% security guarantees, which means that if one ally is attacked, it will trigger a response from the whole alliance. One for all, all for one is NATO’s central message.

“For Ukraine, a partner, we are providing support and also sending the message that there will be heavy economic sanctions if Russia uses force again.”

Calls have been made by Ukraine’s Ambassador to the UK, Vadym Prystaiko, to scrap a proposed gas pipeline called Nord Stream 2, which would link Russia to Europe across the Baltic Sea and bypass an existing gas pipeline crossing Ukraine and Belarus.

Ms Truss confirmed that she believes it should be stopped if Russia invades Ukraine.

“We cannot prioritize short-term economic interests over the long-term survival of freedom and democracy in Europe. It’s the tough decision we all have to make,’ she told Sky News’ Trevor Phillips On Sunday show.

Mr. Stoltenberg separately confirmed that NATO allies were looking for solutions for energy supplies in Europe if Russia retaliated to possible sanctions by cutting off its supply.