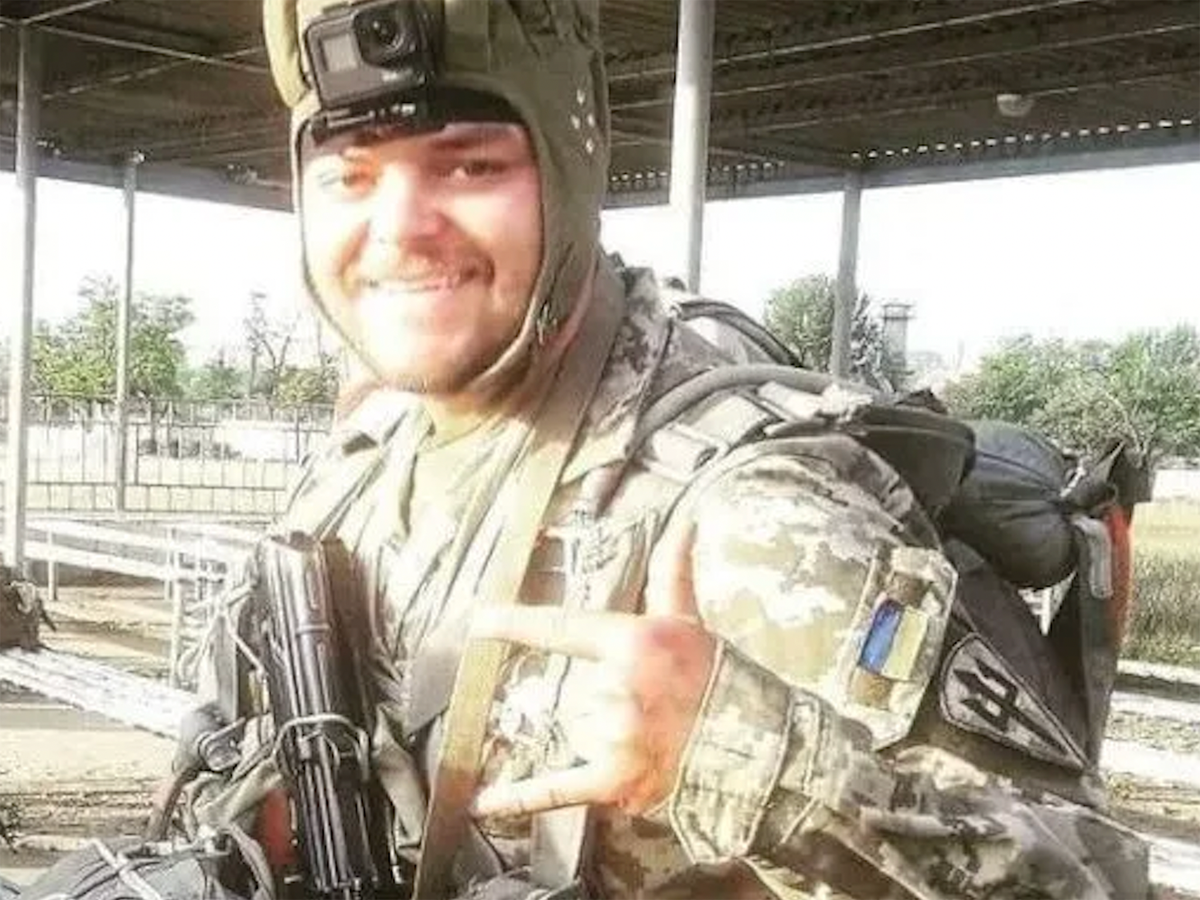 Two British fighters captured by Russian forces in Mariupol “shouldn’t have been there”, a British minister has said – although at least one of them is officially serving in the Ukrainian army.

Shaun Pinner, 48, and Aiden Aslin, 28, appeared in separate videos on Russian state television on Monday asking to be swapped for a captured Vladimir Putin ally being held in Ukraine.

Asked on Sky News if a possible swap was something the government would get involved in, Northern Ireland Minister Brandon Lewis said: ‘We are going through the process of sanctioning people close to Putin’s regime , we are not going to look for how we can help Russia.

“They shouldn’t have been there, it’s an illegal act to be there. Obviously anyone would have sympathy for someone who has been taken hostage, but we have to make sure we follow the proper processes.

Mr Lewis, who said he did not want to comment on the particular situation of the two men, added: “We still have a responsibility to British citizens, which we take seriously.

“We have to find the right balance in Ukraine and that’s why I say to everyone: don’t travel illegally to Ukraine. That’s not the way to do it. »

The two Britons are said to have lived in Ukraine before its invasion and had both served as marines in the Ukrainian army.

In Mr Pinner’s case, the Foreign Office issued a statement confirming this, adding that he was neither a volunteer nor a mercenary.

It is not the case that he traveled to Ukraine to fight, something the British government had previously warned against.

Mr Pinner, a former English royal soldier from Bedfordshire, was captured in Mariupol while fighting with Ukrainian marines, while Mr Aslin, from Nottinghamshire, defended the beleaguered town before having to surrender after being lacked food and ammunition. .

The pair have asked Prime Minister Boris Johnson to help bring them home in return for Ukraine’s release of pro-Russian politician and oligarch Viktor Medvedchuk, whose close friend Mr Putin is the godfather of his youngest daughter Daryna.

It is unclear whether their appeals to the prime minister, broadcast on the Rossiya 24 channel, were made freely or under duress.

Mr Medvedchuk was shown in a video released around the same time on Monday by Ukraine’s SBU intelligence service asking to be traded as well.

In his appeal to President Putin and Ukrainian Volodymyr Zelensky, he asked to be exchanged for defenders of Mariupol and all civilians allowed to leave.

Mr Pinner’s family explained that he was not a volunteer or a mercenary who went to Ukraine, but rather an official member of the Ukrainian army who settled in the country four years ago. years.

In a statement released by the Foreign Office (FCDO), his family said: “Shaun was a highly respected soldier in the British Army serving with the Royal Anglian Regiment for many years. He toured extensively, notably in Northern Ireland and with the United Nations in Bosnia.

“In 2018, Shaun decided to move to Ukraine to utilize his previous experience and training in the Ukrainian military.

“Shaun has enjoyed the Ukrainian way of life and has considered Ukraine his adopted country for the past four years. During this time, he met his Ukrainian wife, who is very focused on the country’s humanitarian needs.

“He progressed through the Ukrainian Marines as a proud member of his unit.

“We would like to clarify that he is neither a volunteer nor a mercenary, but is officially serving in the Ukrainian army in accordance with Ukrainian law.”

She told the Daily mail: “A prisoner exchange is a decision that is being considered, not necessarily with Viktor Medvedchuk, but it is something that is being discussed.”

The Independent approached the Foreign Ministry to find out if Mr. Aslin is an active member of the Ukrainian military.

The Independent has a proud history of campaigning for the rights of the most vulnerable, and we launched our first campaign to welcome refugees during the war in Syria in 2015. Today, as we renew our campaign and launch this petition to Following the unfolding crisis in Ukraine, we are asking the government to go further and faster to ensure the delivery of aid. To learn more about our Welcome to Refugees campaign, Click here. To sign the petition Click here. If you would like to donate, please Click here for our GoFundMe page