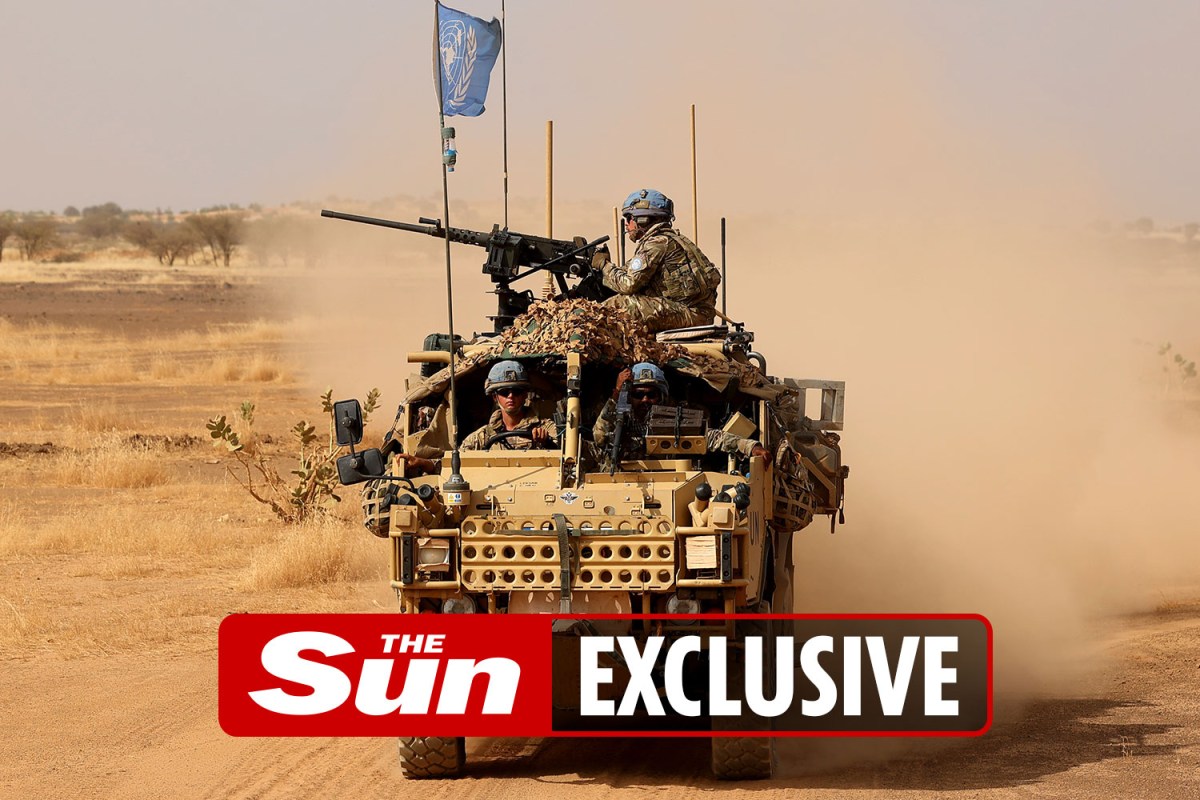 British soldiers and RAF crew members were shot dead by allies in a terrifying jungle at a military airbase.

Sentries fired at a minibus, a bullet tearing apart the soft-skinned vehicle.

The driver stepped on the accelerator and took evasive action as soldiers shouted at guards in a watchtower to hold back fire.

A source told The Sun: “It was almost a disaster.

“They were aiming shots at a moving vehicle.

“Thumbs up anyway and someone’s mom was knocking on the door.”

The British, attached to France’s counterterrorism mission in Gao, Mali, were shot as they drove down the track at their base.

But the trigger-happy Estonian sentries blamed the British for not filling out the correct papers to register the trip.

The Defense Ministry confirmed the incident.

The UK has 100 RAF personnel and 310 troops deployed in Gao.