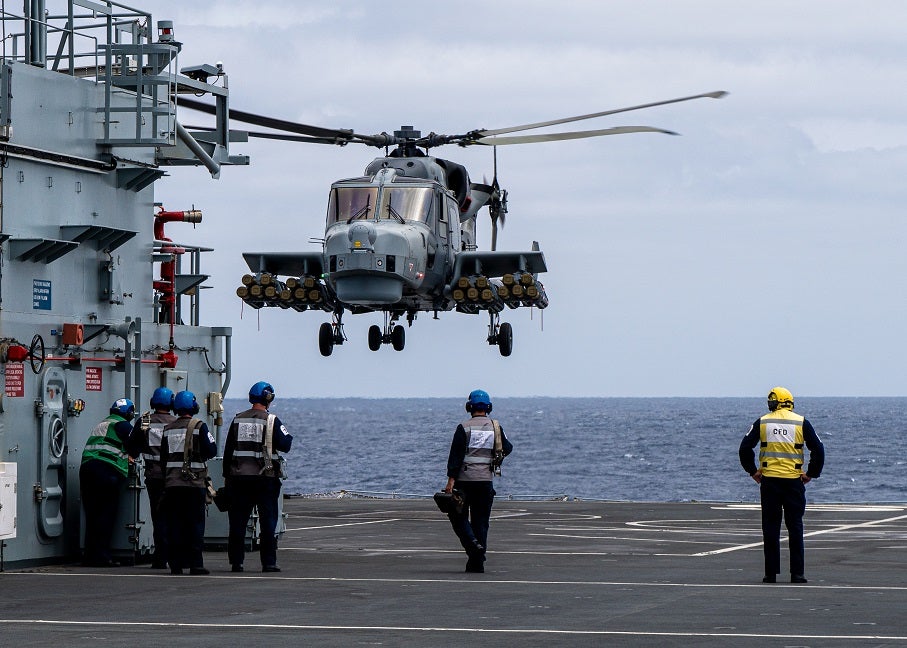 It was carried out under the supervision of the Wildcat Delivery Team, under Defense Equipment and Support (DE&S), the procurement arm of the UK Ministry of Defense (MoD).

The DE&S team engaged QinetiQ and Air Test and Evaluation Center (ATEC) to execute the SHOL trials, which involved the participation of over 30 people.

The trials were conducted aboard the Royal Fleet Auxiliary (RFA) ship Argus in the Atlantic and Mediterranean regions.

During the tests, a specially instrumented Wildcat helicopter performed 894 take-off and landing operations on the deck and flew for 87 hours continuously for 19 days.

The tests involved evaluating seven different weapon configurations, including missiles under “weapon wings”, with the helicopter.

Wildcat has also proven its ability to operate effectively as part of a carrier battle group in difficult weather conditions and deck movements.

In addition, the helicopter proved its operational flexibility by using large-caliber machine guns, while its side was loaded.

DE&S Wildcat Delivery Team Leader Steve Jose said: “Conducting a SHOL trial brings together the necessary safety information and operating limitations to inform how an aircraft can be operated at sea. .”

Latest trials have proven that Wildcat can effectively handle the latest missile systems.

In addition, the data from these trials, when analyzed, will allow air and ground crews to operate Wildcat helicopters, armed with FASGW, on board various warships, destroyers, auxiliaries and Queen-class aircraft carriers. Elizabeth of the RN.