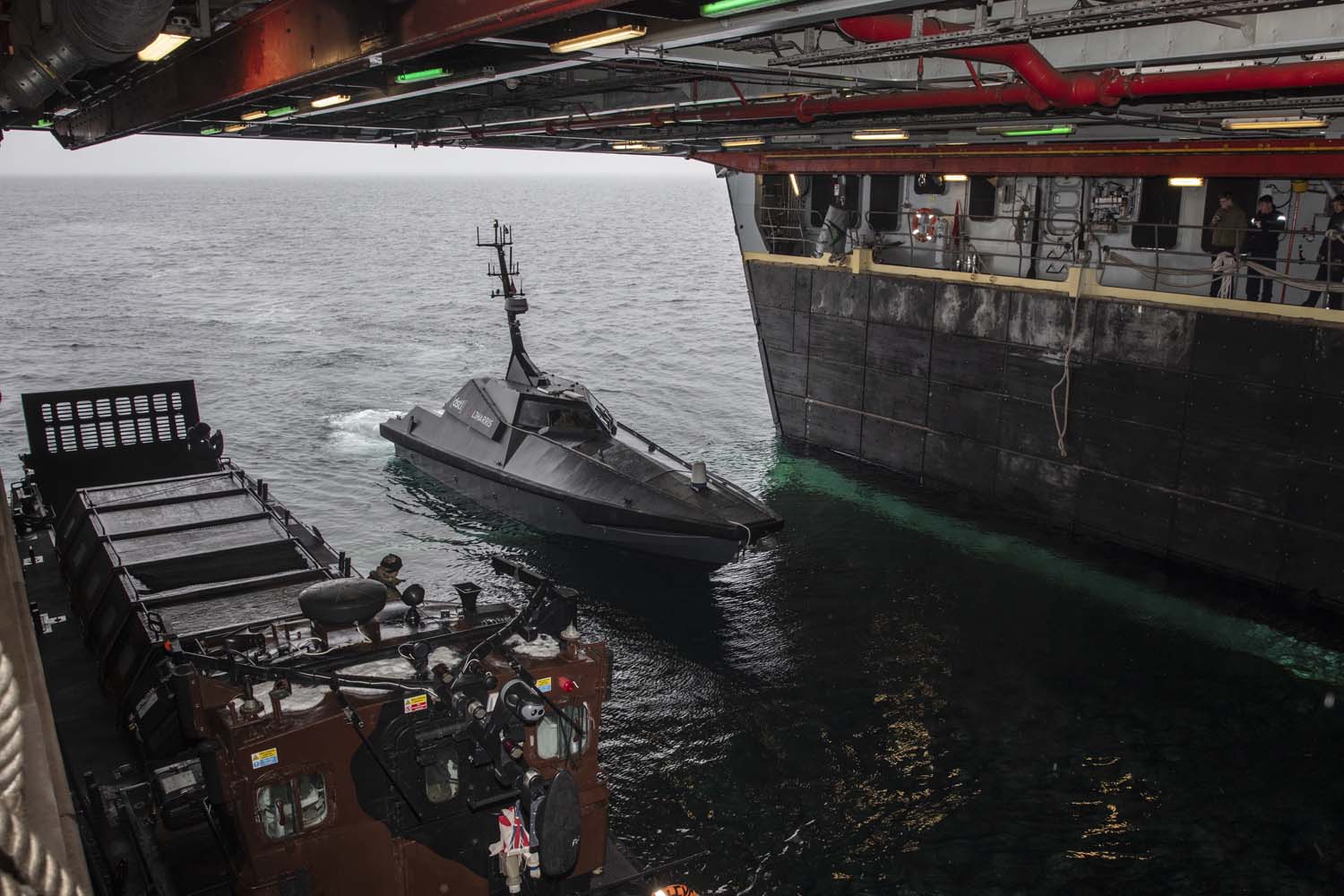 What the British Navy called “groundbreaking tests in Norway” included a collection of unmanned equipment in operational environments and settings.

The unmanned boat “Mast 13â€, A heavy lift drone, an unmanned aerial system and an unmanned underwater drone were all tested in what has been described asâ€œ harsh arctic conditions â€.

Details on the exact location of the test were not disclosed, more than stating that it was “off the coast of northern Norway” and that it took place from the large transport vessel and amphibious mooring “HMS Albionâ€.

“HMS Albionâ€Is currently making round trips to Solbergfjorden, according to MarineTraffic. The waters lie within the island of Senja, a strategically important military area in northern Norway.

The major winter exercise by Norway and allied forces Cold Response is currently underway in the same areas.

This is the first time that an unmanned surface vessel has been operated from the wharf of “HMS Albion“, The royal navy informed.

Col. Chris Haw, commander of the 47th Navy Command, said: â€œWe wanted to operationalize the technology, both in an operational environment and as part of a NATO deployment.

“The integration of range equipment is a key element in the development of the Future Commando Force and the Littoral Strake concept,” said Col. Haw and explained why northern Norway was chosen.

“This series of tests was revolutionary.” It is state-of-the-art and integrating several systems in Norway’s particularly difficult physical environment is a big step forward. “

“This technology has the potential to be revolutionary in the naval service,” he added.