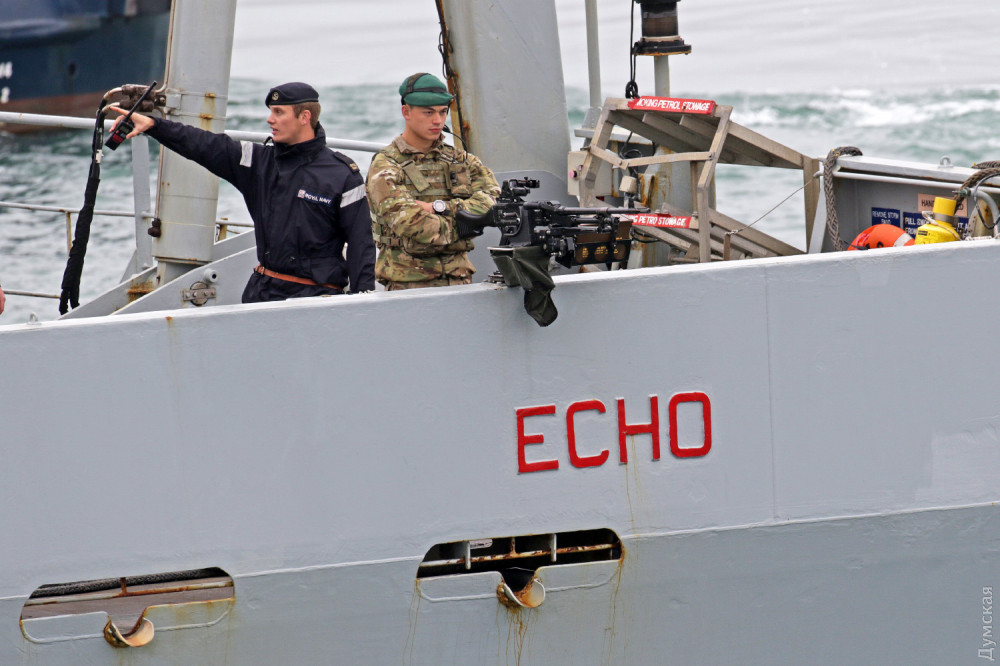 HMS Echo, the British Royal Navy’s hydrographic vessel, returned to Odessa, the main port in southern Ukraine, for a three-day friendly visit on May 6.

This is the ship’s second visit to Ukrainian shores in recent months, with the previous arrival taking place in late December.

The Ukrinform news agency said the British ship docked in the port of Odessa around 10 a.m. local time. The Ukrainian Navy also reported that the Commander-in-Chief of the Navy, Admiral Ihor Voronchenko, will meet the Commander of HMS Echo, Matthew Warren, aboard the ship.

British lawmakers told the Kyiv Post that HMS Echo’s visits to Ukraine were part of an increased program of visits to NATO ships aimed at demonstrating the Alliance’s commitment to the territorial integrity and freedom of navigation of Ukraine in the entire Black Sea region.

Ukrainian and British sailors will play a friendly rugby match in Odessa. Ukrinform also said that the program for the visit included a visit to Ukrainian naval cadets aboard HMS Echo and holding joint maneuvers with Ukrainian military ships at sea.

Echo’s visit to Odessa is likely the final chapter of his latest Black Sea voyage, which began April 20 and included visits to the Romanian port of Constanta and Batumi in Georgia.

The ship is expected to leave the Ukrainian coast on May 9, as it must leave the Black Sea no later than May 10, in accordance with the Montreaux Convention of 1936, which notably requires that ships from non-Black Sea countries pass a maximum of 21 days at sea.

Echo is a 3,740 ton vessel designed to conduct survey operations in support of submarines or amphibious operations. Commissioned in 2003, it is lightly armed with two 20mm cannons, three miniguns and four general-purpose machine guns. The ship also carries a small contingent of Royal Marines.

This is not HMS Echo’s first visit to Odessa. It was the first NATO military vessel to visit Ukraine days after the November 25, 2018 incident near the Kerch Strait in which Russian coast guard vessels opened fire on three boats of the Ukrainian Navy and captured 24 crew members. After condemning Russia for threatening the freedom and safety of navigation, the alliance pledged to step up its maritime presence in the aquatic area as a sign of support for Ukraine against rising Russian aggression in Wed.

Since then, the Ukrainian port of Odessa has been visited by a number of other ships from NATO member countries, including the United States, Canada and Spain.

Found a spelling mistake? Let us know – highlight it and press Ctrl+Enter.