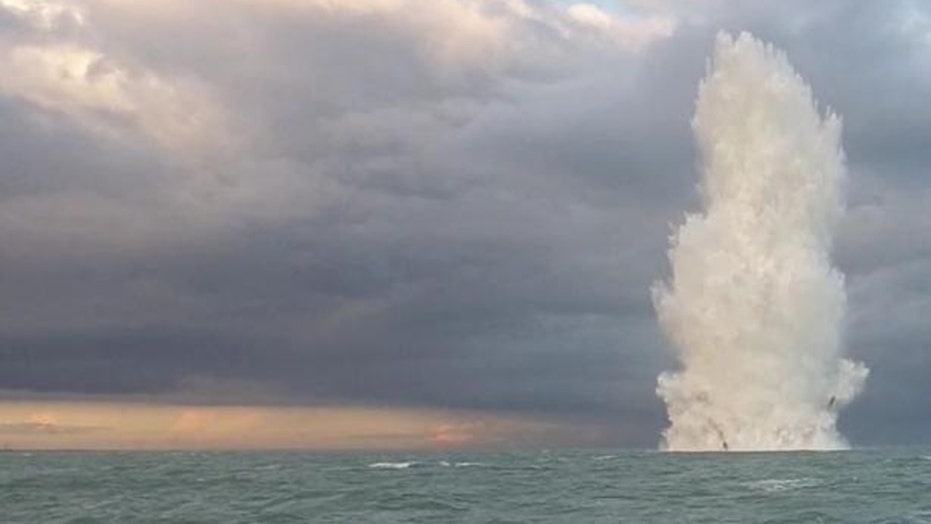 The detonation took place off Essex on Friday after a delicate six-day mission, officials said.

The German parachute landmine was one of the biggest bombs used by the Luftwaffe during the war, the BBC reported.

“The mine, most likely abandoned to target one of the many quays on the Thames Estuary, was in very good condition considering its age,” Lt. Ben Brown said in a press release.

Civilian divers exploring the ‘London’, a 17th century wreck, found the bomb and alerted the Royal Navy. The London sank in 1665, the BBC reported.

“The complexity of this task should not be underestimated,” Brown said in a press release. .”

He added: “With zero visibility underwater and significant tidal flow, diving windows are extremely limited and any ammunition work must be done by touchdown.”

The mine was filled with the equivalent of 1,600 pounds of TNT, the Royal Navy said.

It exploded about 5 miles from where it was found.