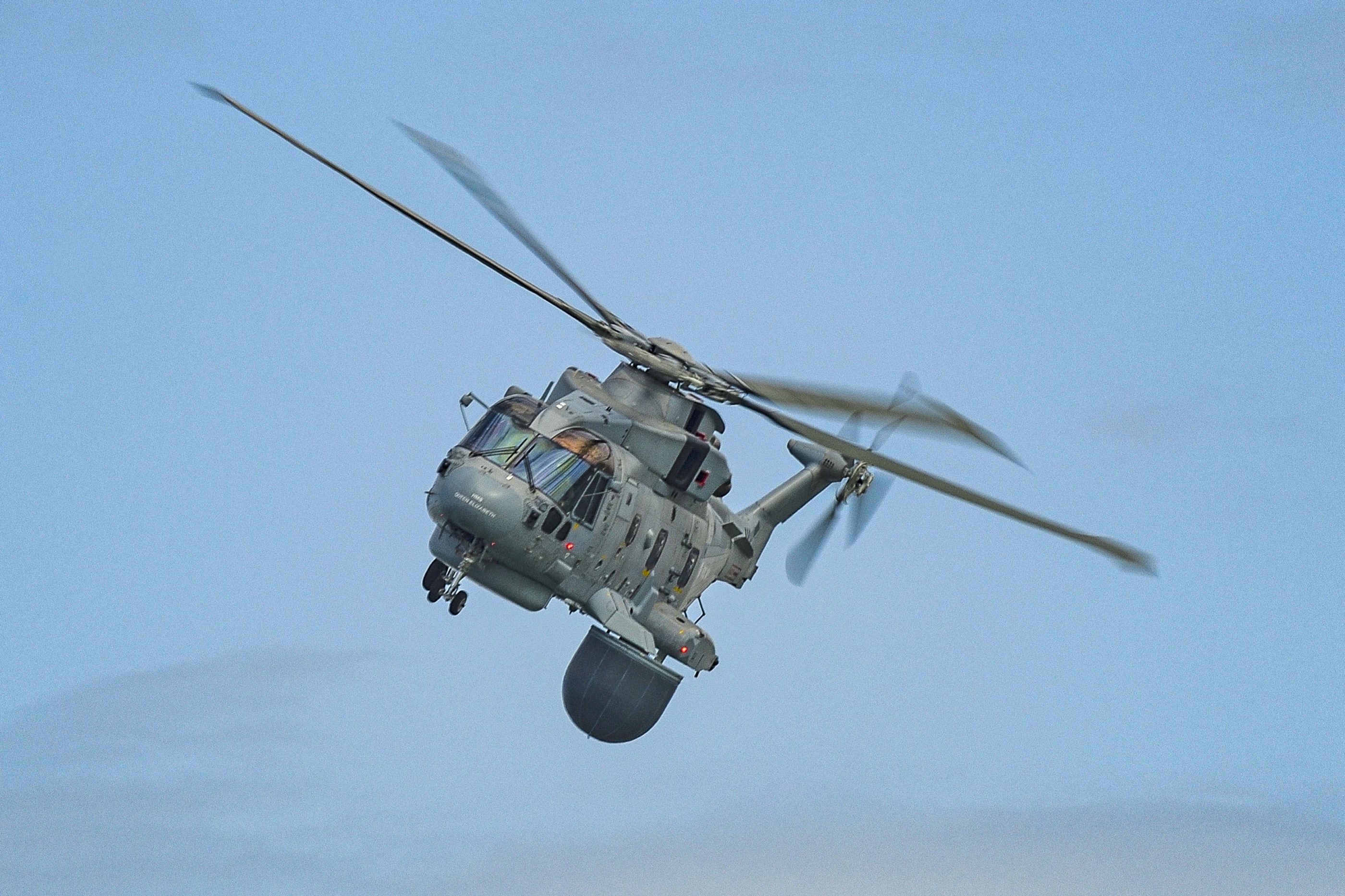 Three of the new Merlin Mk2 helicopters configured with the British Royal Navy’s Crowsnest airborne monitoring and control system have boarded HMS queen elizabeth in Portsmouth harbor on April 27 in preparation for the deployment of Carrier Strike Group 21.

The first Crowsnest Merlins entered service in March 2021 with the 820 Naval Air Squadron at Royal Naval Air Station Culdrose, Cornwall, and they join the Queen Elizabeth Carrier Strike Group (CSG) to act as airborne guards on the first deployment history of the British aircraft carrier, which began May 1. The Merlin Mk2 Crowsnest airborne surveillance and control helicopters (known as the ASaC) will fly over the carrier group to monitor the horizon for possible threats, while the Merlins sub-fighter will monitor the activity. under the waves.

â€œIt’s a proud moment today. A tremendous amount of work has gone into preparing us for this, â€Cdr said. Ian Varley, commanding officer of 820 Naval Air Squadron. â€œAirborne surveillance and control is a new capability inserted into the existing fleet of Merlin HM Mk2 helicopters. We are now embarking this in the carrier strike group, so that we can have constant surveillance of the sea and the airspace around the ships. This will protect the aircraft carrier and its escorts from any potential threats, be they missiles, planes or other warships.

The Merlin Crowsnest variant replaces the Westland WS-61 Sea King ASaC7, which was retired in 2018, and is a critical component in reestablishing the British aircraft carrier strike. As part of a program led by Lockheed Martin, the eight modified Merlins were essentially fitted with the proven Searchwater 2000 â€œbaggedâ€ radar on the side of the cabin, which is paired with the Cerberus tactical sensor suite, as shown. in the Sea King ASaC7.

The first Merlin to be upgraded with the Crowsnest system made its maiden flight in March 2019 at the Leonardo Helicopters site in Yeovil, with the test and modification program completed in time to allow deliveries to the 820 NAS before the deployment of the CSG 21. “Moving forward now into 2021, we are re-establishing this capability with our new aircraft carriers, as we work with our allies on this historic deployment for the Royal Navy and the United Kingdom,” Varley said.

HMS queen elizabeth is participating in Exercise Joint Warrior off the coast of Scotland in May before beginning its deployment. The task force will visit 40 countries, including India, Japan, the Republic of Korea and Singapore, as part of a deployment covering 26,000 nautical miles.

In addition to the Merlins, British F-35B Lightnings from No 617 Squadron “Dambusters” and United States Marine Corps F-35Bs from the VMFA-211 “Wake Island Avengers” will also embark the aircraft carrier for deployment.