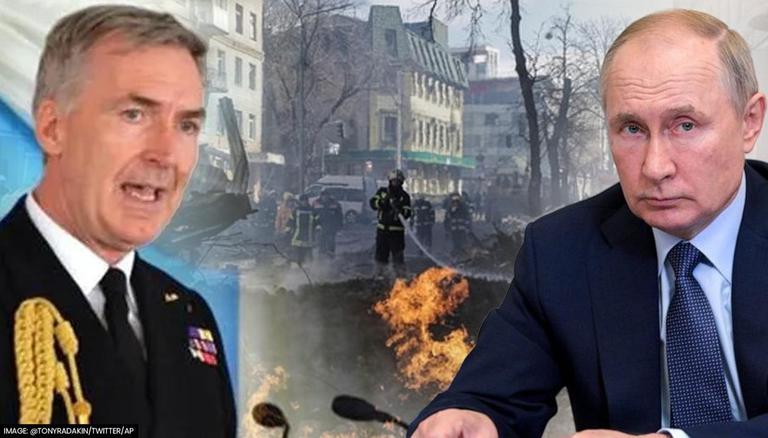 Britain’s Chief of the Defense Staff (CDS) has claimed Russia is failing all its military objectives as the war in Ukraine rages on. In an interview with the BBC, Admiral Sir Tony Radakin said Russia’s problems are “getting worse” as Kremlin leader Valdimir Putin is “failing on all of his strategic military goals”. Moreover, Radakin predicts that the Russian-Ukrainian conflict is likely to “last a long time”.

During the interview, the UK’s CDS pointed out that Russia’s offensive in Ukraine is a strategic mistake on the part of President Putin, stressing that “strategic mistakes have strategic consequences”. He further claimed that despite Russia’s attempt to weaken NATO’s presence in the region, even Sweden and Finland are now ready to join the alliance.

In the latest Defense Intelligence, the UK Ministry of Defense on the current state of the raging conflict between Russia and Ukraine accused Russia of targeting Ukraine’s civilian infrastructure.

In a tweet shared by the official UK MoD pseudonym, Russia was accused of having “increased its targeting of civilian infrastructure even where it is unlikely to perceive any immediate military effect”. According to information provided by the intelligence services, the actions of the Russian army included strikes against a dam on the Inhulets river in Kryvyi Rih and power grids on the battlefields.

The British intelligence report further stated that Russia is likely to expand locations under its line of sight with the aim of directly undermining the morale of Ukrainian troops, the civil resistance and the government.

Earlier, Russia had confirmed through its Defense Ministry that it had withdrawn its forces from the key towns of Izyum and Kupiansk, admitting the retreat would allow Russian troops to “regroup”. Kupiansk had served as an important supply center for Russian forces amid the ongoing conflict. In addition, the Russian Defense Ministry also confirmed the withdrawal of troops from the town of Balakliya, in an attempt to “strengthen efforts” on the Donetsk front.

Ukraine had launched a lightning counter-offensive on August 29 in the northeast of the country that saw surprising territorial gains against Russian forces occupying the regions.