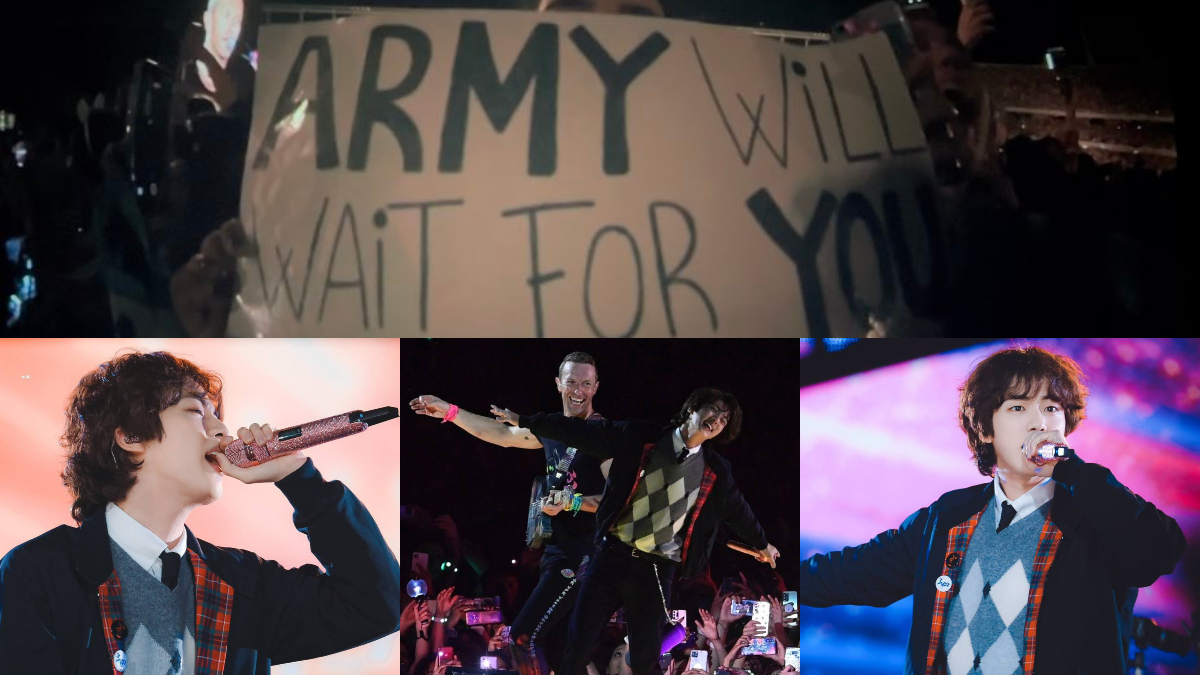 BTS Jin will soon be leaving to serve in the military in accordance with South Korean law which states that all able-bodied males must complete 18-21 months of military service. Before the BTS member whose real name is Kim Seok-jin left for conscription, he performed his debut single, The Astronaut at the Coldplay concert in Argentina. The gala saw a number of BTS fans known as ARMY lining up to see the Korean star perform on stage. Many were standing with signs that read: “THE ARMY will be waiting for you”. ARMY’s videos and photos have gone viral on social media.

“Chris talks about how Jin told him he wanted to do a song about having to go away for a while because of his military enlistment…then the camera moves to an army holding a sign that says ‘armies will be waiting for you”… WHAT IF THIS WAS MY LAST STRAW,” wrote one user sharing the photo, another posted videos from the concert, writing, “ARMY will be waiting for you.”

““I need a song to say goodbye to everyone for a little while” – Seokjin.. ARMY WILL BE WAITING FOR YOU.. PROUD OF YOU JIN.. WE LOVE YOU JIN,” wrote a third by posting a video of Chris introducing Jin for his song The Astronaut.

“The Astronaut” also topped iTunes’ Top Songs chart in 97 countries around the world, including the United States, Britain, Germany and France, as of 9 a.m. Saturday.

The song’s music video telling the story of an astronaut who accidentally landed on Earth also garnered more than 17 million views on YouTube as of 2 p.m.

“The Astronaut” is a pop-rock genre song co-written by Coldplay, with the British band also performing on the recording.

After wrapping up promotional activities for “The Astronaut,” Jin is set to temporarily quit the music scene to become the first BTS member to enlist for compulsory military service.

Weird! The man applies urine to the hair in the open street; Internet users ask “how not to see it? »