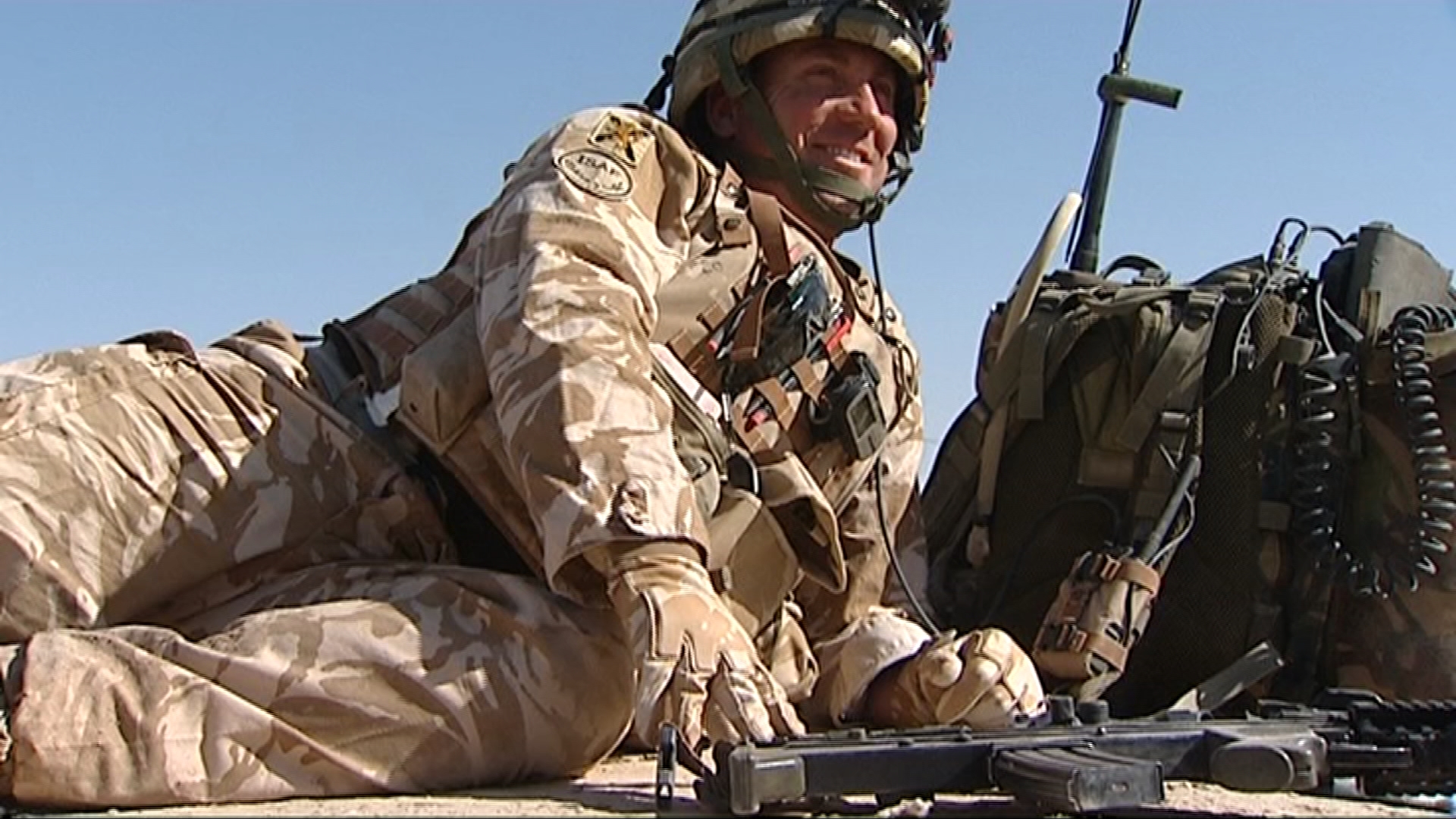 Fighting in Afghanistan’s long-running conflict against the Taliban has intensified dramatically since May, when the US-led military coalition began the final stage of a withdrawal that is expected to be completed before the end of the month.

In recent days, a series of provincial capitals have fallen into the hands of insurgents as they fight to regain control of Afghanistan.

With 20 years of work by coalition forces set to be canceled in a few months, ITV News correspondent Geraint Vincent – who filmed with British forces in Helmand province in 2009 – reflects on the situation in which the country is located.

Every time I think about AfghanistanI’m thinking of Sergeant Stuart ‘Gus’ Millar. Robust in teak and with the heart of a lion, he was a superb soldier. I got to know him a little bit during my few days with the Black Watch Battalion of the Royal Regiment of Scotland in Helmand Province in 2009.

They have been involved in heavy fighting against Taliban insurgents. I joined them as they made their way through a small town not far from Lashkar Gah.

In 2009, Geraint Vincent traveled to Helmand province where he spent several days with the Black Watch Battalion while fighting the Taliban.

It was the first time I was near real bullets flying through the air, and I was terrified. And I had to watch it. Gus took out a bundle of Haribo and offered me one. â€œGood for morale,â€ he said.

Cameraman Dave Harman captured Gus the next morning in the middle of an exchange of gunfire, complaining that the Taliban had interrupted his breakfast.

We interviewed him later that day and he showed us a precious photo of his two year old daughter, Gracie.

Gus was killed in action three months later. The platoon was hit by a rocket propelled grenade.

Gus Millar told ITV News how he can’t wait to see his daughter when she returns from her tour of Afghanistan. He never did.

When the medics got to him, he told them to take care of the other injured men. He knew the severity of his injuries had put him beyond help. Even as he lay dying, he helped his comrades. That was the quality of the soldier we sent to fight and die in Afghanistan.

Gus was one of 456 British servicemen who gave their lives there.

The we– led, the NATO coalition lost 3,500 troops. $ 2,000 billion (Â£ 1.44 billion) was spent on the mission. And now, as the the last of these forces is preparing to withdraw completely from the country, I find myself wondering: “What was all this for?” “

Well, a lot actually. British soldiers were first sent to Afghanistan in the aftermath of September 11 to root out Al Qaeda terrorists. Since then, no terrorist attack has been launched from the country. The Afghan people have spent 20 years without the brutality of the Taliban government. Women and girls were able to go to school, find jobs and lead full lives. There was theater, art and sport. There is now a Afghan National Cricket Team – and that’s pretty good.

Unfortunately, many terrorist attacks have been launched by the Taliban in Afghanistan itself. And now the Taliban are regaining territory across the country, including the one where Gus and so many other British soldiers shed their blood, Helmand province.

The Afghan government seems so fragile in the face of the offensive that its armed forces are fighting for the life of the country.

I have returned to Helmand several times after meeting Gus, always to spend time with the British soldiers on operations there. Their officers have always been clear that their mission is to prevent the insurgency from entering and to establish safe spaces for the Afghan government to establish itself.

“You may have the watches, but we have the time,” replied the famous Taliban taunt. And they are right. It takes time to build a government. An effective public service and a functioning democracy do not happen overnight. Societies terribly damaged by totalitarianism and war must be nurtured and protected.

Allied forces remained in Germany for generations after World War II. In Korea, there are still 30,000 US troops stationed at the North-South border, nearly 70 years after the fighting ended. But in Afghanistan, American political leaders decided that their engagement had to end. The enormous cost of nation building in the country is something they cannot afford any longer.

They even negotiated with the Taliban, the men who brought such darkness to Afghanistan and now threaten to do so again.

Gus did not die in vain, his sacrifice and that of so many others helped to see a better future for a ravaged country. But for lack of political will, the task of building a more secure society in Afghanistan has been abandoned, when it has only just begun.

Read more stories from our Afghanistan series: Photo From The Frontline