The most powerful army in the world came from humble beginnings. Long before the Revolutionary War, settlers followed the English militia system, which required men between the ages of 16 and 60 to defend their communities. Colonial militias recruited men from all walks of life, from traders and tutors to farmers and blacksmiths. Excluded from this recruitment were university students, slaves, most free black men, clergy and, in Virginia, Catholics. While serving, the Militiamen fought in operations against Native Americans and supplemented the British Army in border skirmishes with neighboring European colonies.

The colonial militia’s first overseas foray is believed to have taken place in 1741 when 4,000 American reinforcements joined an attempted British invasion of Cartagena, Colombia, then a Spanish colony. Between the illness of the militiamen, the lack of supplies and the fighting itself, the invasion failed miserably: only about 600 Americans survived the expedition.

In the mid-1700s, tensions between the residents of the North American colonies and the colonial government – ​​an extension of the British crown – came to a head, eventually leading to the start of the Revolutionary War. In 1775, the Second Continental Congress—a delegate-based governing body established by the colonies—passed a resolution establishing the Continental Army, the colonies’ first coordinated national military force. The Continental Army, smaller militias, and France’s entry into the war on behalf of the colonists led to victory over the British.

Over the past 105 years, American troops have played major roles in two world wars, a wide variety of civil conflicts and dozens of military campaigns. These efforts have had a significant impact on how our government makes decisions that may affect domestic and foreign affairs. The military itself also underwent some structural changes during this time, including the addition of new divisions, allowing women to serve in all branches, and allowing LGBTQ+ people to serve openly.

Stacker reviewed information from the Defense Manpower Data Center, historical population tables from the US Census and the St. Louis Federal Reserve to see how the military has changed over the years. By comparing data sets, we determined the percentage of Americans enlisted in the military and the number of Americans in each branch of the military each year from 1918 through early 2022. While it is difficult to fully capture all Multi-year military conflict events like World War I, World War II, and Vietnam, this history details a selection of notable events for each year to help map the arc of major U.S. military engagements and developments.

July 30, 2022
No sex please, we are a Polish military museum: a historical institution makes a bizarre request 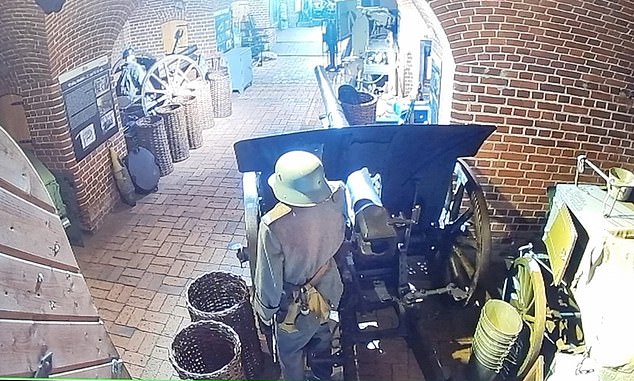 No sex please, we are a Polish military museum: a historical institution makes a bizarre request